Texas Chainsaw Massacre (2022) is just another massacre in Texas. 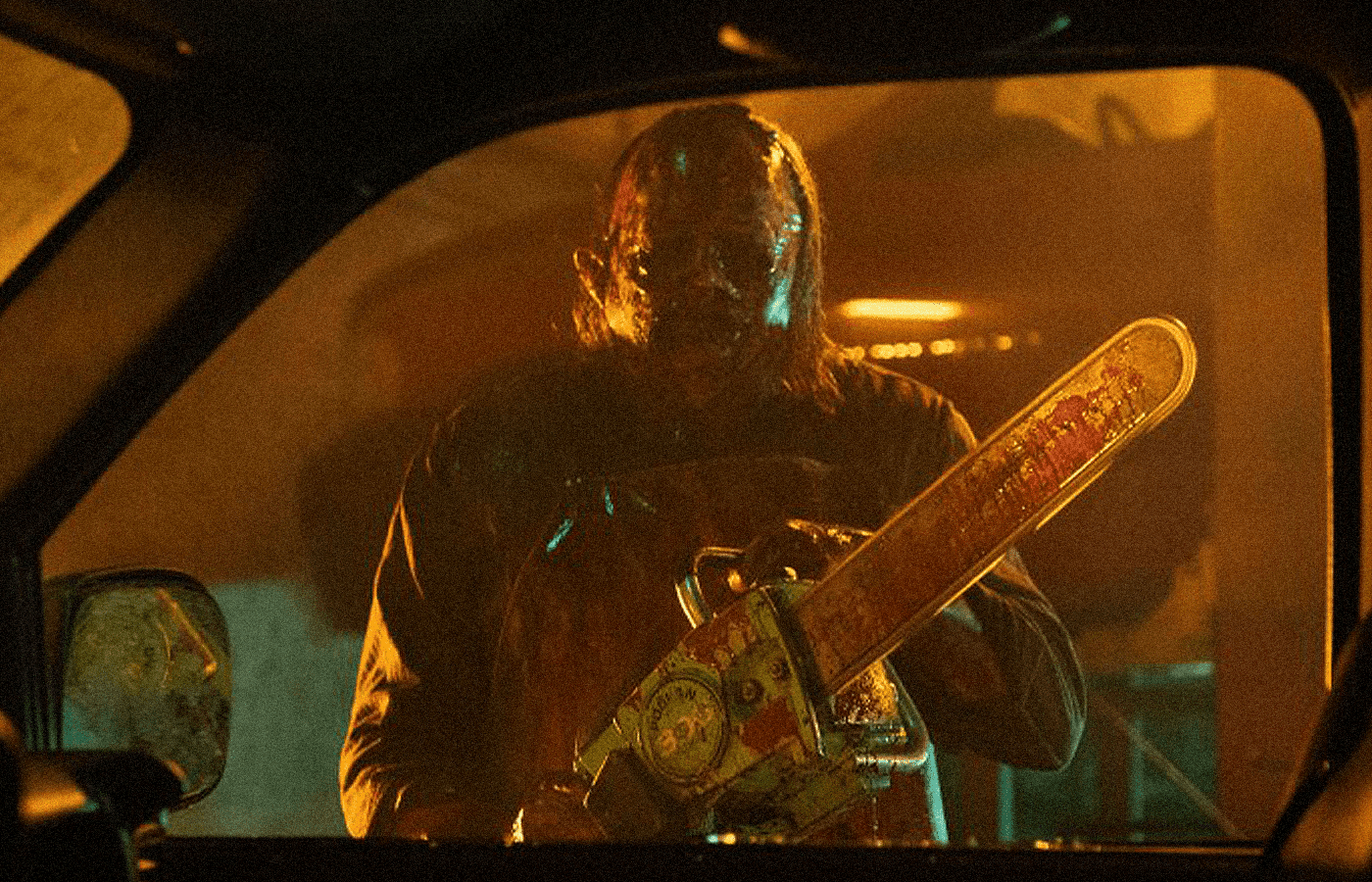 Ever since its release in 1974, Tobe Hooper’s indie slasher classic The Texas Chain Saw Massacre would end up having one of the messiest franchises for any horror movie slasher, despite being one of the most important horror films of all time. Unlike other horror franchises that had highs and lows, Texas Chainsaw Massacre just kept getting lower and lower with each new entry.

America’s Most Bizzare and Brutal Crime Repeats Itself

Texas Chainsaw Massacre (2022) follows the recent trend of slasher movie revivals such as Halloween (2018) in that it is, to quote Scream (2021), a prequel: essentially a soft reboot that is usually a direct sequel to the first film and ignores past sequels. As said before, this isn’t even the first attempt at making a requel for Texas Chain Saw Massacre, as we had 2013’s Texas Chainsaw 3D that was met with strong fan backlash.

The plot to Texas Chainsaw Massacre (2022) follows a group of young influencers buying up an abandoned small town in Texas. The group is looking to gentrify the town for other young adults to buy up. This leads them into conflict with some locals including the apparent elderly owner of a defunct orphanage.

The young adults struggle to suddenly evict the woman which causes a possible heart attack and with her passing enrages her adopted son. Her son (who is a full grown adult man) turns out to be the serial killer Leatherface who had escape authorities since his murders in 1974.

With the death of his adopted mother, Leatherface unleashes his rage onto the young adults as he rampages across the desolate town. With Leatherface’s return, it inevitably catches the attention of Sally Hardesty, an elderly Texan who was the sole survivor of Leatherface’s first killings in 1974. Sally arms herself to hunt down the serial killer once and for all.

Plot-wise Texas Chainsaw Massacre is simple, which for a slasher is usually all you need to make it a fun time. It doesn’t take a lot to make a fun slasher as it’s an easy formula to use, but it’s one hard to master. One main issue the film falls under is that it feigns a deeper narrative in the first act but slowly falls apart with sloppy writing and incredibly unlikeable characters.

The main cast of characters, while all the performances were pretty good, with Elsie Fisher as a standout performance, feel like vapid parodies of what an adult thinks and influencer/Millennial from a major city would act when visiting a rural part of Texas. This could set up some interesting clashes with the locals as we see the film possibly deal with classism and prejudices of those living in rural parts of Texas and vice versa. The film even goes as far as having our main character Lisa (Elsie Fisher) be a school shooting survivor and her talk with a Texan handyman (Moe Dunford) seemed to lead to an interesting discussion of different lifestyles of ideologies.

Unfortunately, the sloppy writing rears its ugly head when the conflict arises. The film makes the baffling decision of making one of the main characters Dante (Jacob Latimore) start causing problems over a confederate flag which starts muddling the themes for obvious reason. Plus, with Lisa’s school shooting survivor trauma being a major plot point throughout the film, the film doesn’t convey her rising from her trauma well aside from essentially saying “get over it”.

As the film progress, characters act less and less believable just to fit the standard slasher formula with any fear or emotional investment flying out the window. It reaches a point where Leatherface (Mark Burnham) becomes the only likable character and when that happens to a slasher then something is clearly wrong. This is especially apparent with the film’s humor, yes there is the “canceled” joke and it is far worse in context.

The poor writing becomes most egregious when the film remembers it is meant to be a direct sequel to the original Texas Chain Saw Massacre, as Sally Hardesty (Olwen Fouéré) is completey wasted. Don’t let the Halloween (2018) inspired trailer try to fool you, Sally Hardesty is no Laurie Strode as she only becomes a factor in the third act and is unceremoniously killed off by Leatherface after making some bad decisions that completely immersion-breaking decision even for a slasher film.

Not to mention Texas Chainsaw Massacre (2022) does a poor job being a sequel to the original film, as there is no mention of the key element of the 1974 classic: The Sawyers. Texas Chainsaw Massacre is built not only on Leatherface, but the psychotic cannibal family he is surrounded by. For fans of the original, they’ll scratching their head at the lack of continuity to this film with the 1974 original and the lack of the Sawyers is a big aspect. Without them Leatherface is a dime a dozen slasher villain and with the mother motivation he is almost akin the Jason Voorhees from the Friday the 13th franchise.

The film is almost disinterested in being a sequel to the original aside from visual homages, as there is almost no continuity aside from “teens killed by a chainsaw man in the 1970s”. It almost feels like this was meant to be a remake and, because of the success of Halloween (2018), someone haphazardly rewrote the script to follow the prequel trend.

This film isn’t completely without merit, however, and you do in fact get a chainsaw massacre in Texas. Unlike the subtle and implied violence, Tobe Hooper did in his original film, Texas Chainsaw Massacre is a bloodbath. The film embraces its grindhouse roots with Leatherface almost being a shark that wipes out anyone in his path.

Director David Blue Garcia also has a great visual eye as there are several amazing shots throughout the film. There are also several great uses of color, such as the bright sunshine similar to the original film to the bus massacre scene with the mix of neon purple and blood-red…well…blood. Leatherface himself is one of the best aspects of Texas Chainsaw Massacre as he looks incredibly scary and the film makes him feel like a walking slaughterhouse every time he is on screen, yet we get that sympathetic side we saw in the original film.

RELATED: The Only Girl In Line To Meet Leatherface

Who Will Survive And What Will Left Of Them?

Unlike the Tobe Hooper classic or even other modern slashers, Texas Chainsaw Massacre is only as deep as the mask Leatherface wears on his face. On the surface, it may seem horrific and disturbing, underneath the film lacks anything meaningful and is just a bloody mess. From haphazard themes to unlikeable characters, and gimmicks that incorporate the original film, this requel will only appeal to slasher fanatics, just wanting a gore-filled great time and it is the only thing the film succeeds at. In the end, it’s clear that Texas Chainsaw Massacre is a franchise that really shouldn’t be a franchise.

Have You Watched Texas Chainsaw Massacre (2022)?

What did you think of Texas Chainsaw Massacre? Let us know on social media!