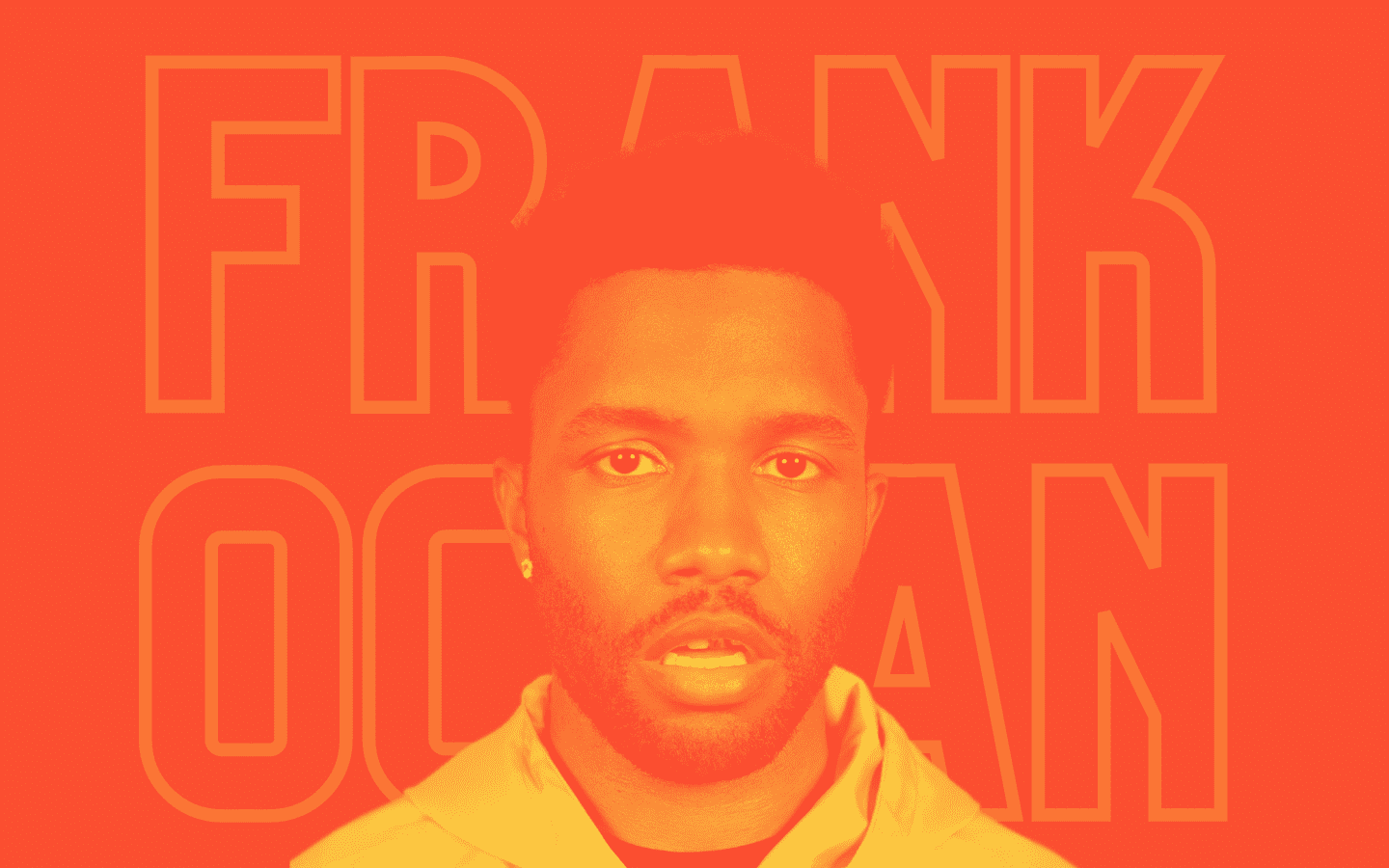 Frank Ocean is undeniably one of the premier artists within R&B and a songwriting phenom. If you’ve heard a Frank Ocean song you’ve been transported to a place of your heart’s interactions. With the soft and pained vocals that lead you on the pursuit of someone else’s affection, these are sure to resonate long after you’re done listening.

Today I will go over my list of the best Frank Ocean songs. So get your listening ears and reading eyes ready, we’re going on an adventure!

“But girl I can’t feel my face, what are we smoking anyway? She said don’t let the high go to waste.”

“Novacane” is Frank Ocean’s first splash into the music industry and is recognizable within a few seconds of the track starting. The song itself carries us through a story of how young love and lust get twisted in the concert/festival scene with blurring but enhancing drug use. “Novacane” is track 3 from the mixtape ‘Nostalgia Ultra’.

“Cuz I been thinking about forever. Or do you not think so far ahead?”

“Chanel” is a track that has been looked at as an exploration of Frank Ocean’s sexuality and how it may not be pinned to a singular attraction. It also looks at how police interactions are power trips and the need to suppress aggressive tendencies. “Chanel” is a standalone single.

“Pyramids” is a track that feels almost like we are about to find the love of our life or at least a fling we’ll never forget in Las Vegas. A discussion of high-end lifestyle, with no job, but a chemistry undeniable for “Cleopatra”. Pyramids” is track 10 from the album ‘channel ORANGE’.

“I’m about to drive to the ocean I’ma try to swim from something bigger than me.”

“Swim Good” is a song that explores coming to terms with the pain you’ve done unto others and trying to find a way to cleanse yourself of it or let that part of you die. This song is one I can rotate multiple times and still appreciate it each time it spins. “Swim Good” is track 10 from the mixtape ‘Nostalgia, Ultra’.

“Real easy on the eyes, green like a soccer field. Skin hot, when they tried me, like them poppers feel.”

“In My Room” Is a song that looks at the intimate time of two people. Is it too intense? Is it just enough? Why is aggression so attractive? Then in true cliff hanger fashion, it cuts off. “In My Room” is a standalone single.

“Keep you cool when it’s still alive. Won’t let you down when it’s all ruin”

“Pink + White” is a song about a moment or moments in time immortalized about someone who is either gone physically or no longer available to be spoken to. “Pink + White” is track 3 from the album blond.

“If it brings me to my knees, it’s a bad religion.”

“Bad Religion” is a song that explores using the organ as a moving instrument as Frank outlines how he has become a worshipper to someone in his life and is being brought to his knees in pain, regret, and futility. “Bad Religion” is track 14 from the album ‘channel ORANGE’.

“And what we had can’t be the same now. But you will make something new.”

“Super rich kids with nothing but loose ends. Super rich kids with nothing but fake friends”
“Super Rich Kids (featuring Earl Sweatshirt)” Appears to be an examination of affluenza, wherein a child is left to their devices and their parents’ wealth, as their parents aren’t around. Can they find something that actually has meaning to them? “Super Rich Kids” is track 7 from the album ‘channel ORANGE’.

RELATED: You’re A Star: The 10 Best The Killers Songs

With only TWO studio albums, and one mixtape. and one visual album, Frank effortlessly shows that it is quality over quantity. Having been featured on hip-hop king Jay-Z’s single “No Church In The Wild” as well as Tyler the Creator’s group Odd Future and featured on his single “She”, it is clear that he is also a collaborative contender.

Like most stars in a position with fewer musical releases it is constantly rumored that he is retired, but there is no official declaration of this. The artistic process is a taxing and brutal one, should Frank continue to make art, we look forward to consuming it.

Cheers to many more of the best Frank Ocean songs!

Do You Think These Are The Best Frank Ocean Songs?

Thank you for reading our list of the best Frank Ocean songs! Do you think there are others that are better fitting for this list? Let us know on social media!