Check out these "cult" classics or die trying. 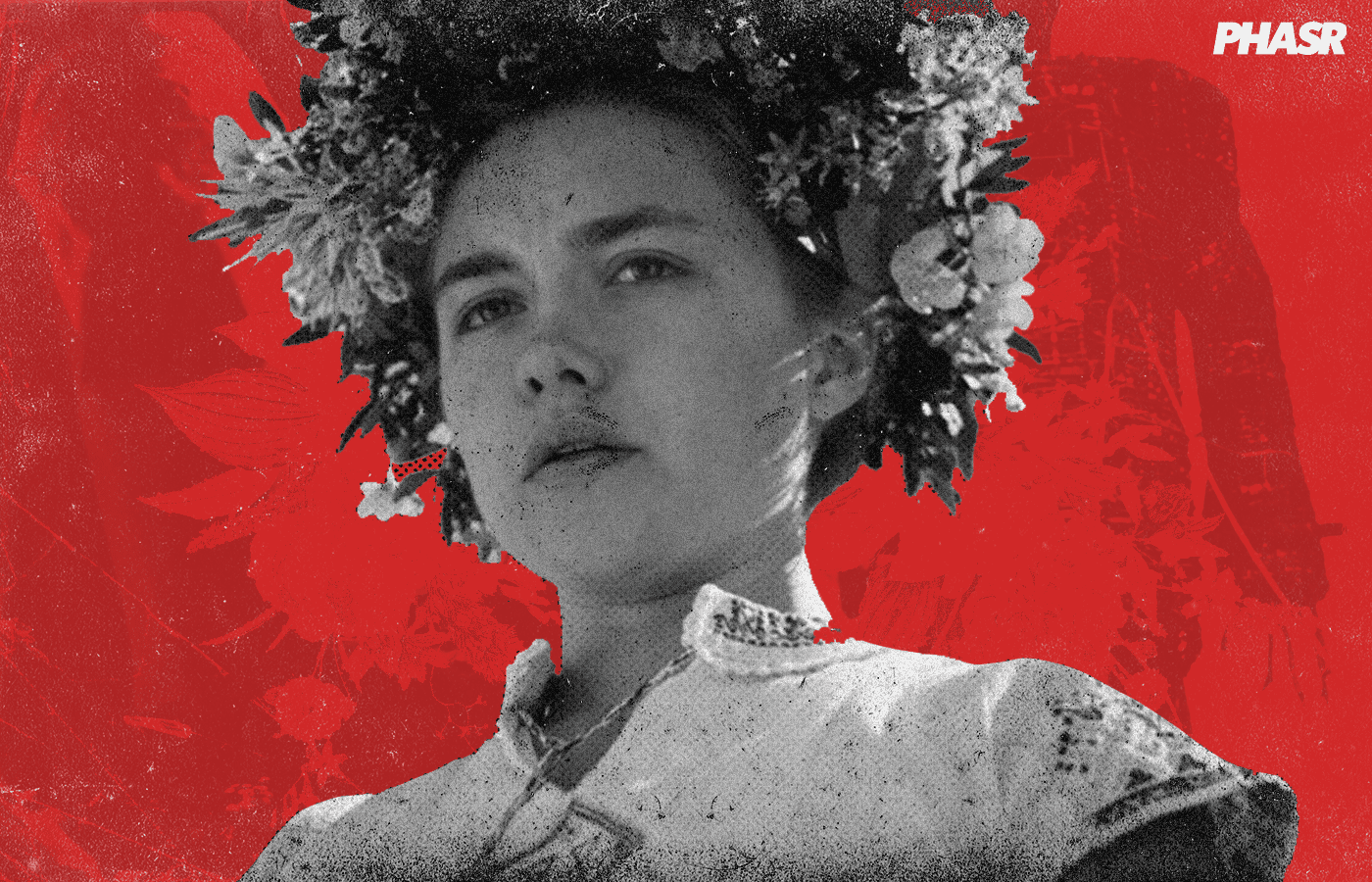 Faith is a powerful thing that invokes a lot of emotions in people, and in the past few decades, the horror genre has explored what happens if faith itself runs amok. The cult sub-genre of horror (not to be confused with films with a cult following) remains one of the most unnerving sub-genres as many of these films tap into real horrors we have encountered with radical cults.

Let us explore twelve of the best cult horror films from around the world. Whether they believe in Christianity, Paganism, or worship an eldritch god, these films will shake whatever belief you may already possess and stick with you until the end.

The Wicker Man was directed by Robin Hardy and a screenplay written by Anthony Shaffer. The cast includes Edward Woodward, Britt Ekland, Diane Cilento, Ingrid Pitt, and Christopher Lee. The plot follows a British police sergeant, who is a devout Christian, investigating a missing child case on an island where the inhabitants practice ancient Pagan beliefs.

For cult horror movies, The Wicker Man has all but become the face of this subgenre, as it remains one of the most acclaimed horror films of all time. Released during the 1970s, where many other horror films tackle themes of belief and faith, The Wicker Man sets the groundwork that many other cult-based horror films would take influence from. These elements include an outsider protagonist, horror set in the daytime or in an unconventional setting, and a climax where things get very bad, very quick.

RELATED: The Heathen Wilderness: A Tour of American Folk Horror

The Void was written and directed by Steven Kostanski and Jeremy Gillespie. It stars Aaron Poole, Kenneth Welsh, Daniel Fathers, Kathleen Munroe, and Ellen Wong. The plot follows several individuals becoming trapped in a hospital by several hooded figures as eldritch horrors make their presence known within the Hospital’s depths.

A love letter to 1980s horror films and the works of H.P. Lovecraft, The Void, is one of those cult horror movies where the thing the cult worships is real and an actual threat along with the cultists themselves. Directors Steven Kostanski and Jeremy Gillespie capture the gnarly practical effects-heavy awesomeness of 1980s horror such as Hellraiser and The Re-Animator while keeping things fresh and intense. It still amazes how much this film accomplishes with a limited budget.

The Ritual was directed by David Bruckner and written by Joe Barton. The cast includes Rafe Spall, Arsher Ali, Robert James-Collier, and Sam Troughton. The plot follows a group of friends who are hiking in northern Sweden in honor of their deceased friend. Soon they are stalked by a mysterious monster that has ties to a local cult that practices Nordic beliefs.

The Ritual is both an amazing example of cult horror movies and monster movies. The film has nonstop tension from beginning to end with a strong sense of dread throughout. The Ritual’s central monster The Jötunn remains one of the best creature designs from the past decade and is both a visual marvel and scary as all hell. A high recommendation for sure!

Midsommar was written and directed by Ari Aster. The cast includes Florence Pugh, Jack Reynor, William Jackson Harper, Vilhelm Blomgren, Ellora Torchia, Archie Madekwe, and Will Poulter. The plot follows a group of friends who travel to Sweden, only to end up entrapped by a pagan cult.

A modern successor of sorts to The Wicker Man, Midsommar redefines cult horror movies for current moviegoers. Director Ari Aster made one of the most disturbing horror films, despite almost all of it taking place in the daytime. A feeling of dread at the best of times and downright gut-wrenching when it hits hard, Midsommar is truly a modern horror classic.

The Invitation was directed by Karyn Kusama. The screenplay was written by Phil Hay and Matt Manfredi. It stars Logan Marshall-Green, Tammy Blanchard, Michiel Huisman, and Emayatzy Corinealdi. The plot follows a couple going to the boyfriend’s ex-wife’s dinner party, only to be revealed to be a ploy of a cult that the ex-wife has joined.

A great bottleneck-style horror film, The Invitation, starts as a realistically uncomfortable drama that turns into pure terror once the cult reveals itself. The film also confronts how we deal with grief and shows how cults exploit those who are emotionally vulnerable. And without spoiling it, The Invitation has one of the bleakest endings in recent horror and that is common territory for cult horror movies.

Mandy, to put it simply, is awesome! One of the best action-horror films and a great inverse of cult horror movies, Mandy is a tour de force of Nicolas Cage. Unlike other cult horror movies that usually overwhelm the protagonist, Mandy has the main character fight back and boy, he fights back hard. With psychedelic visuals, a killer score, and one of the best Nic Cage freakouts ever, Mandy is a top-tier film.

Hereditary was written and directed by Ari Aster. It stars Toni Collette, Alex Wolff, Milly Shapiro, and Gabriel Byrne. The plot centers on a family plagued by both tragedy and the supernatural that began with the death of their grandmother. Hereditary is perhaps A24’s most horrifying film.

Another film from director Ari Aster made it to our list and again he dabbles into some scary-ass cults. While Hereditary is mostly both supernatural horror and a very intense family drama, make no mistake that when the plot reveals itself, this is one of the most chilling cult horror movies ever! There is a reason people are still talking about Hereditary to this day!

The Endless was directed by Justin Benson and Aaron Moorhead with Benson writing the screenplay. It also stars Benson and Moorhead along with Callie Hernandez, Tate Ellington, Lew Temple, and James Jordan. The plot follows two brothers who visit a cult they were once part of as an unseen entity distorts space and time around them.

This entry in this list is almost an inverse companion to The Void with a Lovecraftian-themed cult horror film. The Endless is a slow burn that uses both implication and the audience’s perception against themselves as throughout the film we feel the presence of whatever entity the cult worships. The film also explores the somber relationship between our protagonists as Benson and Moorhead’s performances truly sell the melancholy tone.

One of the major “devil movies” to be released during the late 1960s/early 1970s (ie films such as The Exorcist and The Omen), Rosemary’s Baby is as classic as it gets. Despite Polanski’s *ahem* current reputation (that is rightfully deserved), he still made one of the best cult horror movies ever made that is creepy from beginning to end. Filled with themes involving forced gender roles and the occult, there is a reason this remains one of the most celebrated horror films of all time.

Ready or Not was directed by Matt Bettinelli-Olpin and Tyler Gillett. It was written by Guy Busick and R. Christopher Murphy. The cast includes Samara Weaving, Adam Brody, Mark O’Brien, Henry Czerny, and Andie MacDowell. The plot follows a newlywed who takes part in what seems to be a family tradition of hide and seek, only to learn it is part of a demonic ritual as they reveal the family to be a satanic cult.

Ready or Not took the horror world by storm when it was released in 2019 and for good reason, it’s a solid horror comedy. With an instantly iconic performance by our lead Samara Weaving, Ready or Not inverses the cult horror film by making the cult a group of entitled rich snobs who lack any experience or common sense. This makes the film both tense and hilarious with one of the most bombastic finales in recent horror cinema.

RELATED: Ready or Not: The Devil’s in the Details

Martyrs was written and directed by Pascal Laugier. It stars Mylène Jampanoï and Morjana Alaoui. The plot of Martyrs follows a revenge quest of a young woman trying to understand why a mysterious group tortured and abused her and a fellow victim.

One of the most infamous examples of “New French Extremity”, Martyrs is one of the most brutal and disturbing cult horror movies ever. The film is a sea of hopelessness and pushes the envelope of what they can show on screen. The themes of pain and the central cult’s desire to find enlightenment through it are what make Martyrs one of the most difficult watches on this list.

Children of the Corn was directed by Fritz Kiersch and a screenplay written by George Goldsmith. The cast includes Peter Horton, Linda Hamilton, John Franklin, Courtney Gains, Robby Kiger, Anne Marie McEvoy, Julie Maddalena, and R. G. Armstrong. The plot follows a couple driving across the US getting trapped in a small town run by a cult that consists only of children. The cult had killed all the town’s adults for an unknown entity.

Based on the Stephen King short story of the same name, Children of the Corn is both a very chilling cult horror movie and a creepy kids horror movie. Stephen King’s work has always criticized blind faith, so why not make that very apparent with a cult run by children? The highlights of the film for sure are John Franklin as the cult leader Isaac and his right-hand enforcer Malachai, who was played by Courtney Gains, as the two chief antagonists all but steal the show. Another great example of cult horror movies.

What Do You Think Are The Best Cult Horror Movies?

We hope you enjoyed our list of the best cult horror movies. Did we miss any of your favorites? Let us know on social media!