The Conjuring Films Are Classic Gothic Tales for the Modern Age

The Conjuring films are classic gothic tales for the modern age. 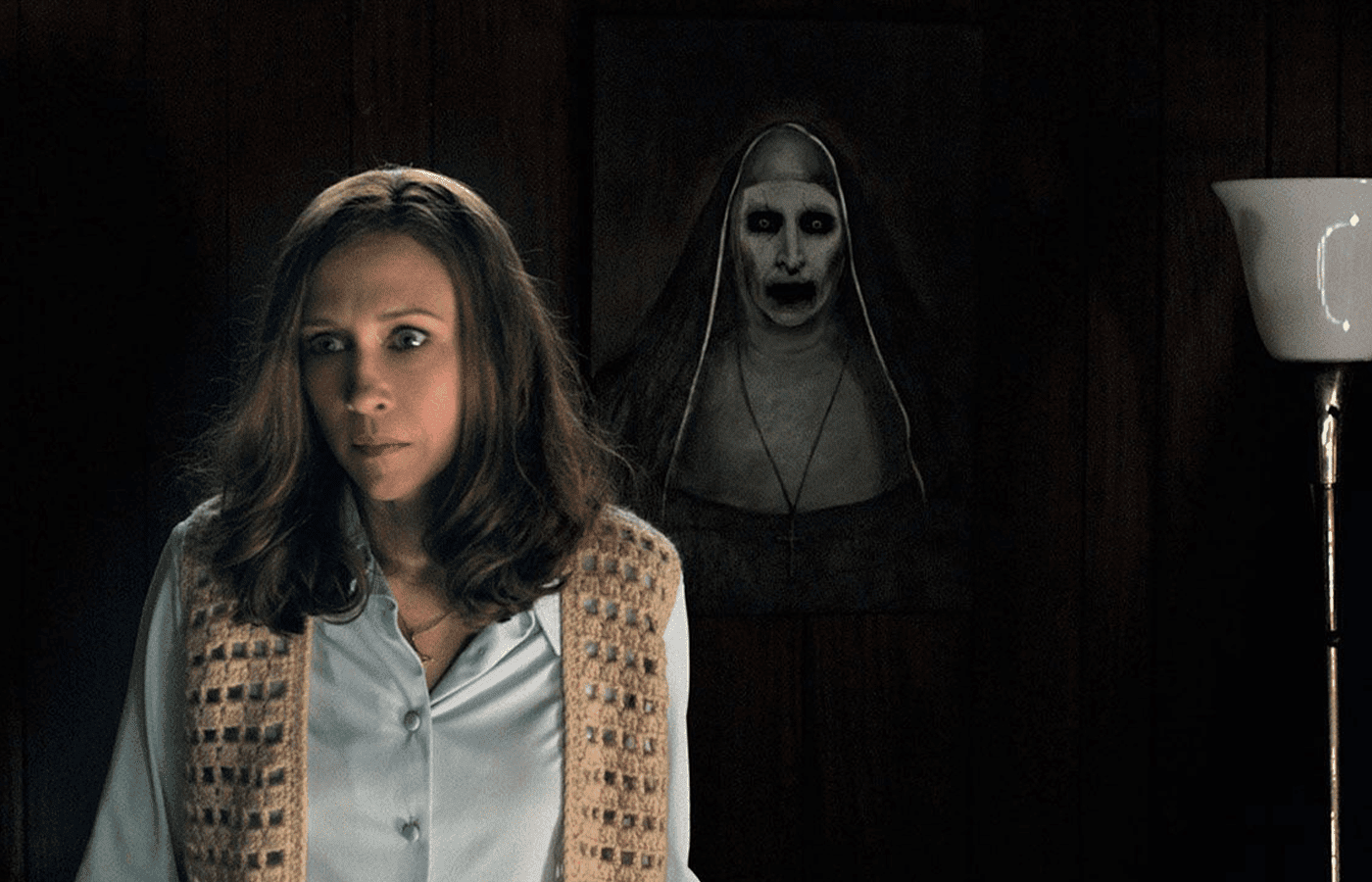 James Wan, The Conjuring, and the revitalization of mainstream horror.

The year is 2013, and director James Wan is about to upend the horror film industry with a little film called The Conjuring.  This would mark the 2nd time that Wan directed a film that would go on to become a billion-dollar franchise, having previously directed 2004’s Saw.  Despite the massive financial success of the Saw franchise, James Wan intentionally tried to distance himself from the franchise. The Conjuring, however, is a very different film and comes at a fascinating point in horror movie history.

Despite turning into a franchise behemoth in its own right, the original Conjuring felt like a much-needed breath of fresh air to the mainstream horror movie industry.  The year prior to its release, the top ten horror films (in terms of box office gross) include four remakes or sequels, with the most profitable horror movie of 2012 being The Woman in Black.  The preceding years look very similar, a large percentage of horror movies being remakes or pretty played-out sequels.  The original concepts of this era have a few gems but overall feel uninspired.

And then comes The Conjuring, liked by critics, loved by fans, and grossing a whopping $300 million worldwide.  Well, it’s been eight years since the birth of the Conjuring franchise, and with its 8th installment coming out this week, we wanted to spend some time reminiscing about this beloved horror series.

RELATED: The Conjuring – The Devil Made Me Do It Review

Gothic Horror in The Conjuring

Although The Conjuring would become its own franchise and even create its own extended universe in a way that other franchises didn’t, at the time of its release, it felt eminently different. The movie felt like an instantly iconic stand-alone horror film and one that had a quality of filmmaking and storytelling above and beyond many other mainstream horror offerings. I remember watching it for the first time and thinking to myself, “horror movies can be scary and be good films.”

As I dove deeper into the catalog of horror films, I realized there were numerous films that met this criteria.  But at the time, when the horror genre was saturated in remakes, sequels, and plenty of honestly, just not very frightening movies, The Conjuring was a breath of fresh air.

When the Conjuring films get it right, they’re pure horror movie magic. The success of the Conjuring films, particularly the first two, comes down to several factors. The first is that they are essentially gothic tales for the modern age. They deal with themes, characters, and happenings that are otherworldly, sometimes wondrous, sometimes terrifying, sometimes a bizarre combination of the two.  James Wan seems to understand the gothic aesthetic perfectly and captures it profoundly in the first two Conjuring films.

Speaking of the gothic, Edmund Burke defines the sublime, terror, and obscurity as the primary themes of the genre.  He says the sublime is evoked by terror, and to cause terror, there needs to be obscurity. If too much is known about that which produces the terror, it vanishes, and so too does the sublime. This perfectly captures the first two Conjuring films and is the standard that all of them attempt to reach.

The Conjuring films adeptly utilize the viewer’s own imagination to produce fear and apprehension.  When combined with good pacing and palpable atmospherics, we have the “obscurity” Burke was speaking of. The viewer’s own mind becomes responsible for producing much of the early tension and fear in these movies. The films deftly maneuver from utilizing gothic obscurity to presenting visible and terrifying creatures and entities.  Although the viewer’s imagination does much of the early work of building dread, the Conjuring franchise also has incredibly enjoyable and effective reveals and scares.

Blended with this, though are elements that are familiar, personable, and widely appealing. The Warrens themselves (played by Vera Farmiga and Patrick Wilson) are simultaneously fascinating characters and likable ones. They are set apart by dint of their work, what they experience, and in Lorraine’s case, her powers, but they’re also everyman characters, capable of connecting and empathizing with the “regular” folks in these films, which in turn makes us connect with the Warrens and those they aid.

The Conjuring films also capture so much of what people want the horror genre to be.  These films are classic tales of good vs. evil with regular people thrown into overwhelming circumstances. James Wan recreates and perhaps perfects his concept of a haunted person or haunted family, effectively subverting the trope of the haunted house while still allowing the setting to work for the film. The setting of the first film does a lot of heavy lifting in conveying a sense of menace and unease, but ultimately, it’s the revelation that this spirit can reach across space to do its spooky work is what makes the Conjuring work so well.

Whether it’s the score, the instantly recognizable yellow font of the title card, or the long, unnerving tracking shots, The Conjuring feels old school but pound for pound easily outclasses other modern horror movies in terms of frights. It’s the old school horror movie for the modern age. Because of this, it still serves to be a great launching point for new horror fans. The Conjuring is always one of the films I bring up when talking about horror favorites, and it’s often the first film I will show horror newbies who I have managed to convince to watch a scary movie with me.

The Devil Made Me Do It

The upcoming 8th installment in the franchise, The Conjuring: The Devil Made Me Do It, promises a lot, and I, for one, am optimistic about this latest addition to the Conjuring extended universe. Let’s say up top that the secondary title is absolutely perfect and already has me pumped for what the film holds.  For the first time in 5 years, the Warrens are featured as the primary characters, and we are perhaps returning to the early days of the Conjuring Universe. The filmmakers seem to sense the opportunity before them with this movie.  Director Michael Chaves teased this film as “the darkest Conjuring film” yet and also as a way to “keep the franchise fresh.”

Some may ask whether such a thing is possible after seven films?  Well, introducing a new case, new characters, and a fresh concept may be just what the franchise (and audiences) need.  Although we can perhaps expect some tie-ins to past Conjuring films or characters, the premise and setting of the film do offer new opportunities.  The Conjuring films haven’t necessarily been primarily haunted house films, and number 3 seems to have expanded this even further.

Although we are sure to have plenty of chilling haunted house moments, a large portion of the trailer takes place outside and even during the daylight, in stark contrast to the literally dark shrouded Conjuring 1&2. In addition, this seems almost like a “Warrens on the road” film, with a wide variety of settings and locations, at least from the trailer.

The Conjuring 3 trailer, which ends with its iconic yellow font and chilling music, seems to promise a return to the early days of the franchise. Fans may be disappointed that James Wan is not returning to direct, although he has collaborated on the writing/story development of the film. But this film promises plenty of classic conjuring scares with some fresh and exciting new ideas. Perhaps chief among them is the possible introduction of a human villain.

As John Noble’s character teases in the trailer, “a master Satanist is not an adversary to be taken lightly.” Given the franchise’s dedication to the extended universe concept, we might be seeing some new avenues for future films here, or perhaps the setup of some more origin films.

The villains of the Conjuring films have always been the spirits of the deceased or inhuman spirits/demons. Although these are sure to be featured in the film, the latest addition to the franchise maybe establishing a kind of dark counterpart to the Warrens themselves. Someone with a connection to the spiritual realm or the ability to influence it, but someone who uses that power or influence to harm instead of help as the Warrens do.

As Ed Warren says at the end of the first Conjuring film, “The Devil exists. God exists. And for us, as people, our very destiny hinges on which we decide to follow”.  The Conjuring: The Devil Made Me Do It seems to be establishing a further expansion to the lore of the Conjuring universe and may be introducing characters who have chosen the Devil’s side in this ongoing battle between good and evil.