George A. Romero’s The Crazies in the Time of COVID

Romero’s The Crazies looks at how something can go from incident to catastrophe in 24 hours. Sound familiar? 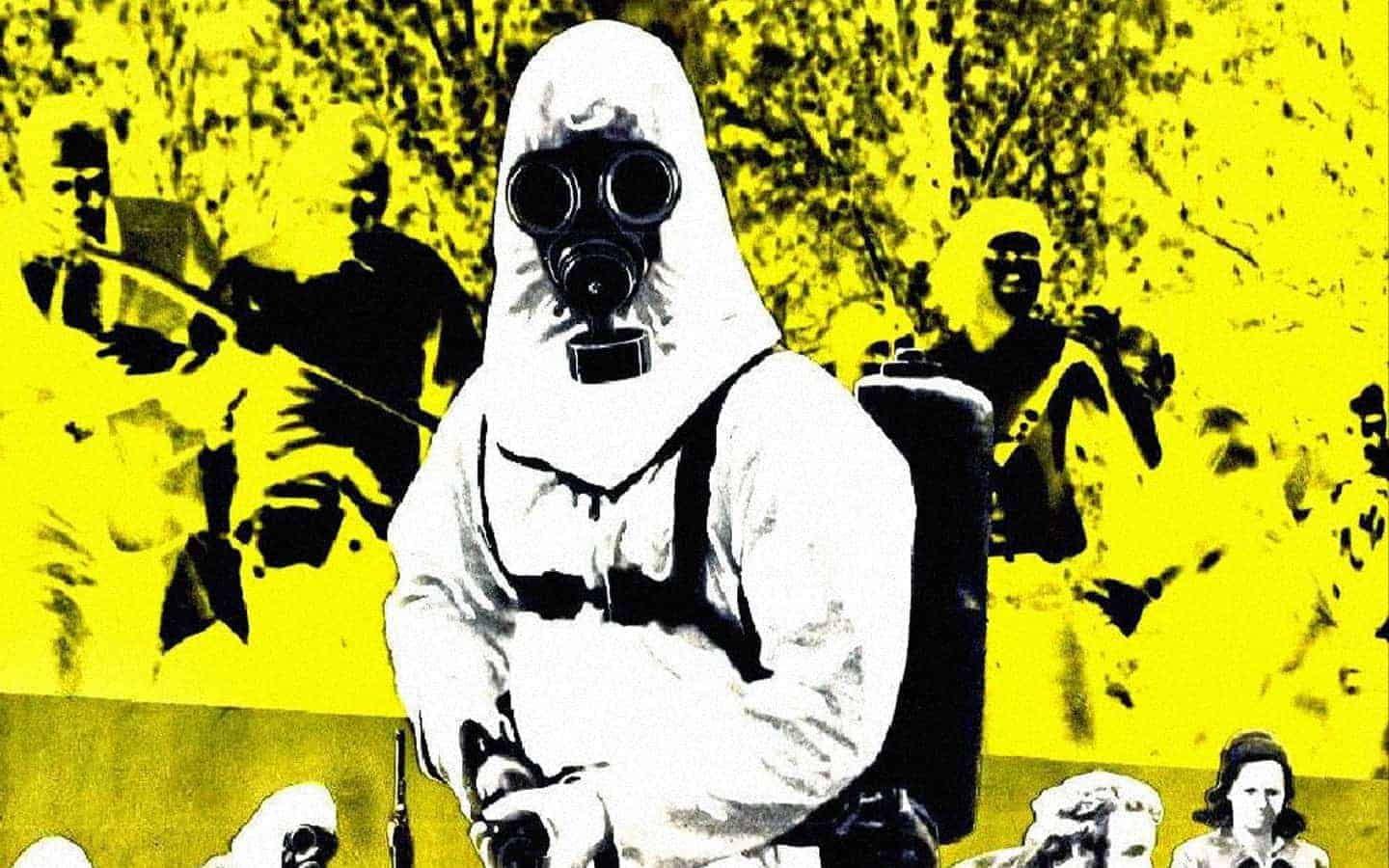 Romero’s The Crazies looks at how something can go from incident to catastrophe in 24 hours. Sound familiar?

In the world of independent horror films, some films become timeless classics while others gain cult status. George A. Romero directed 16 feature length films in his lifetime, but he will always be remembered as the man behind Night/Dawn/Day of the Dead as well as Creepshow. These were of course followed by his second zombie trilogy of Land/Diary/Survival of the Dead.

Some may even remember underrated genre outings including Martin, The Dark Half, Monkey Shines, Season of the Witch and Bruiser. Another of Romero’s films that truly deserves to be re-visited, especially in a world dealing with a pandemic, is The Crazies from 1973.

In many ways The Crazies is the gap that bridges Night of the Living Dead and Dawn of the Dead as a sort of dry run for some ideas and concepts that would surface in the latter film. Of course, the biggest difference is that we are not dealing with zombies in this film, but people that are infected who otherwise look like everyone else…until they succumb to the virus that is. And while we are not dealing with the shambling hordes, some of the trials and tribulations of survival aren’t that different.

One of the truest messages of Night is that the enemy is not really the zombies outside the house. Humanity’s real struggle has always been with itself. Trying to live together harmoniously is tougher than fighting off any monster. So this is what is so important when looking at Crazies. Here is a film without any real monsters at all. It is us vs us. You could try to argue that the infected are the monsters, like in Danny Boyle’s 2002 game-changer 28 Days Later, but I feel this falls short of the true adversary that exists in Romero’s world.

George Romero was a true radical thinker and, like many of his counterculture contemporaries of the 1960s and 1970s, he had no trust in the American government or its military. This antiestablishment stance is the backbone of the film. Remember that in 1973 America was just ending our involvement with the Vietnam War. The country was still a place of active protests against President Nixon and the war. As soldiers came home, they discovered a country divided. The Crazies explores just how divided we can be by taking one small town and turning it upside down.

If all of this has some hints of the present day, then you can understand why I had really wanted to go back and give this film another look with new eyes, as it were. As many people have been going back to revisit films about zombies, viruses, and the post-apocalyptic future as a way to compare notes in a way, the two films that have been firmly on my mind since March have been The Crazies and 28 Days Later. Both films take viral infection to the extreme but spend the time revealing the pros and cons of humanity. Will we let a military branch of the government try to contain us or will we break free from their reign and try to make it out alive? As many of us watched from our homes how the government forcefully tried to stifle the voices of the people over the past six months, it is hard not to again go back to these images of soldiers violently abducting citizens regardless of their own personal safety.

The soldiers of The Crazies are a striking image of the faceless united front in their white hazmat suits and gas masks armed with machine guns. It is an image that could easily evoke inhuman aliens or, on the other hand, maybe they are more akin to Nazi soldiers just following orders. They know that they are told to quarantine, detain and even attack American civilians on their own soil. Who are really the “they” in this scenario? Who are the bad guys? Is it the infected that carry the virus and could act out violently towards other people or is it the soldiers that forget their own humanity to round up citizens so they can be penned up in the local high school gym? Not all of the crazies become violent, but by throwing them all together in one confined space, they are just asking for the chaos that ensues to get worse.

So how does all of this equate with the current epidemic of the coronavirus in the world? Watching the heads of the government and the military take action to set up quarantines and procedures from a safe distance seems to ring true as we watched daily updates from mayors, governors, CDC officials and the White House on the news. In the film, this small town of Evans City (yes, the same town that was home to Night of the Living Dead) became a testing ground, a population of guinea pigs that would help determine how other infected places would be treated. You can’t help but wonder if that’s how the people who lived near the first confirmed cases on American soil felt. The precautions in the film include quarantines, gas masks, attempted inoculation with high caliber antibiotics and ultraviolet light. This all sounds familiar to me.

If there are any actual heroes to be found in a movie like The Crazies, you may think that the small band of survivors who try to break out of the city limits of quarantine would qualify. I argue that they may be the most dangerous people in the film as we watch them each succumb to the virus. The true hero of the story is the scientist, Dr. Watts, who is dragged from his home and brought to ground zero. Watts is expected to create an anti-virus without proper equipment or access to the original team’s data. He is the Dr. Fauci of this story. He is working from inside a broken system trying beyond reasonable hope to find a way to save society from itself.

The man in charge at the ground base for the army is Colonel Peckem. The colonel is to take over command from Major Ryder who had been coordinating the efforts initially. As Peckem first takes off his protective gas mask and haz mat suit hood, the mayor and sheriff of the town share an obvious and excruciating to watch pause when they realize the man in charge is a black man in their hick town. Peckem is a straight forward, intelligent man who easily takes command. The audience instantly realizes that he may not be part of the problem, but he will try to find the solution. He acts as a middle-man for the military officials that are calling the shots. We watch as he is frustrated by their casual acceptance of their own error and numbness to those that are infected and killed because of their fubar. Both Ryan and Peckem are good guys trying to fix a bad situation, but they are stuck in a system where they are given little power to make real decisions or help the citizens they thought they were there to protect. Even those inside the military know not to trust or depend on the military.

As we watch the powers that be discuss what to tell the people, what to tell the media and how to deal with the problem, we can understand the true cynicism of the film. We can see how the machine works and that telling people the truth is barely considered. Without even letting the people know that their water supply had been contaminated for almost a week, the military sweeps in to dole out their own clean up. There is no true consideration for how this will affect the citizens, just statistics and best projected outcomes. People will die, families will be fractured, and property will be damaged. None of this truly seems to matter. All that really is important is cleaning up this minor setback with minimal backlash from the press and smallest percentage of possible outbreaks in nearby towns.

It is Romero’s way to humanize the people beyond just the expected heroes of the film. We know they are all real, rounded and flawed people, regardless of what side they are on. To see how David, Judy, Clank, Artie and Kathy start to break down and give in to the virus, we know that they are far from perfect either. Clank and David are both recently returned from Vietnam and now members of the fire department. David feels trapped in his old life in the small town he grew up in and will never escape his football glory days even though he was changed by his time at war. Clank is dealing with his envy of his best friend, both when they served overseas and their status at home. Judy is a nurse who recently learned she was pregnant, so she is worried now for not just herself, but her baby.  There is also Artie and his infected daughter Kathy.  I could easily write an article just on the dynamics of these two characters, but that is a task for another day. Let it be summed up by saying that bringing them on board was probably the first and biggest mistake that the group makes and it will lead to their eventual downfall. I will also note that Kathy is played by Lynn Lowry (of Shivers and I Drink Your Blood fame) and her father is none other than Richard Liberty, best known to Romero enthusiasts as Dr. “Frankenstein” Logan in Day of the Dead.

So what was my take away from this re-watch of Romero’s often forgotten title? First, more people need to see this film and not just the 2010 remake. It is a film that tells you quite a bit about Romero’s beliefs and gives a glimpse into the director he would become.

Second, it is always important to remain skeptical (not totally discouraged) by the state of the world (and its leaders), but be sure to let that skepticism guide you towards caution and not despair. Be prepared to accept the reality of awful situations while staying true to yourself.

Finally, I see the need to trust the scientists. Let them have everything they need in order to reach sustainable goals. That includes time, which is probably the thing they need most. In the end, George Romero was once again trying to warn us of what could happen.  I just wished more of us had listened. As George liked to remind us, “Stay Scared”!