In the world of the strangest Ghostbusters merchandise, it kinda shows how enduring this franchise has become and how dedicated its fans are. 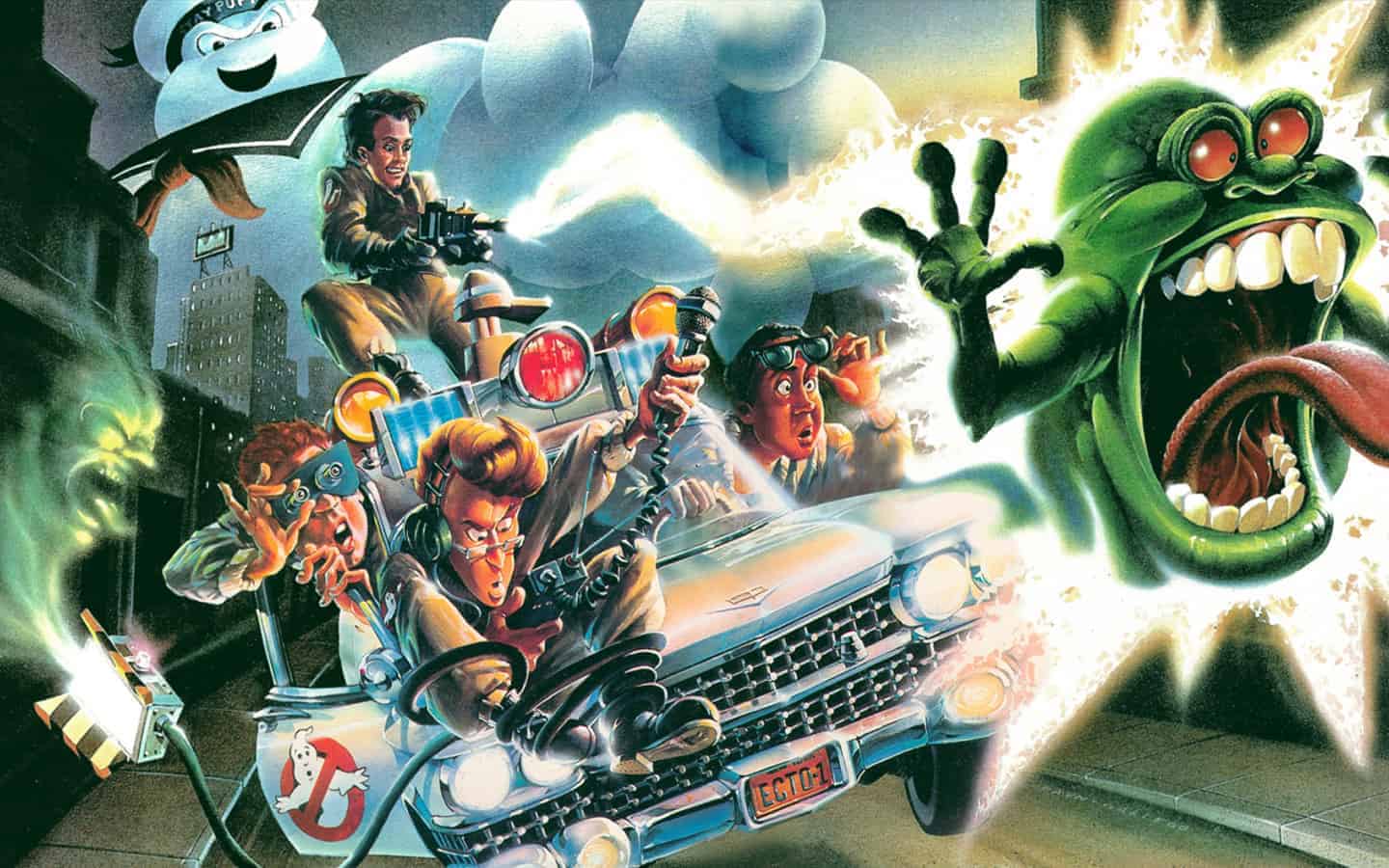 If there’s one media franchise that led to a crap ton of merch it’s gotta be Ghostbusters! Ever since the first film’s release in 1984, Ghostbusters became a juggernaut amongst kids and (later) adult collectors with toys, clothing, several animated series, and way too many other items to count that hasn’t been slapped by that iconic logo.

But sometimes not everything is a good idea to put a brand on. As a fan of collecting different toys and merch of my favorite franchise, sometimes it leads down a rabbit hole of very bizarre ideas of selling Ghostbusters that seems like it was imagined in some board room full of nose candy and bad decisions. So let’s dive into five of the strangest Ghostbusters merchandise over its over 35 years of history.

Hey kids! Do you like Ghostbusters? Do you like ceiling fans? …no? Well too bad here’s a fan with the Ghostbusters logo on it! I all seriousness it’s an idea that sounds decent on paper, like turning your room into the firehouse from the movies…until you start thinking about it. Ghostbusters themed decore is nothing new as we’ve gotten posters, lava lamps, and bedsheets. However, you know what those have in common?

They don’t need to installed by someone who knows how to put up a ceiling fan. Granted I’m sure the folks at Amercep intended to have the parents install this for their kids, but that takes way too much effort than it needs to be. Kids are very impatient for their stuff and having something that requires minor room renovation is an eon for a young Ghostbusters fan. A simple plugin lamp would’ve sufficed. Like, imagine a Proton Pack lamp? That would be cool.

After the massive hit of the first film, Columbia Pictures Television commissioned DIC Enterprises to have a Saturday morning cartoon called The Real Ghostbusters after seeing the film’s massive kid audience. And like any good cartoon in the 1980s, it came with a toy tie-in, with Kenner making a very successful line of toys based on the Ghostbusters themselves along with the different spooks, specters, and ghosts they’ve encountered along with original ghosts for the toy line.

And while this toyline had some genuinely cool monsters are borderline child-friendly body horror, every few hits gotta have some misses. Meet Fearsome Flush, the haunted toilet. One of the most infamous action figures amongst toy enthusiasts, it has garnered a somewhat cult following amongst Ghostbusters collectors for just how..well crappy of an idea this was. Sure let’s sell a toilet monster to kids, kids love toilets!

While Fearsome Flush was part of a series of toys within the Kenner line was the idea was of ghost possessing different objects a la Poltergeist, it felt like the design team had a dartboard of different household appliances and the toilet was the luck (or unlucky) object to be turned into a toy. But I’d argue this toy was ahead of its time as if this was released in the 90s or early 2000s it could’ve gotten a bit more love from kids as the love of gross-out humor was in its infancy amongst kids with stuff like Garbage Pail Kids not taking off until 1985, a year after this toy’s release. Sometimes being ahead of the curve doesn’t mean instant love until hindsight is given.

While this list highlights the strangest pieces of Ghostbusters merchandise, it doesn’t mean they gotta be a bad idea. Sometimes it has to be more than meets the eye. So let’s look at what is probably the most badass toy crossover in recent memory! Meet Ectotron aka an Ecto-1 Transformer! A very recent 2019 figure from the Transformer toymakers themselves Hasbro, Ectotron is part of the Transformers Collaborative line which is a line for Transformers figures that crosses over with other franchises, and Ectrotron is the first of this very cool idea.

Starting off with Ghostbusters actually makes sense as there’s somewhat bleed over amongst fans of both franchises since both were released in the 1980s so the nostalgia appeal hits both fronts. It also makes sense as the comic book publisher IDW owns the comic rights for both Transformers and Ghostbusters and with a five-issue Transformers/Ghostbusters crossover miniseries also released in 2019, Hasbro definitely felt they were hitting two birds with one stone with a comic and figure to promote this new toyline. And we live in a somewhat better world because of it.

Sometimes a toy becomes infamous for a questionable idea, other times the infamy comes from questionable engineering. The idea for these toys from Kenner seems harmless enough, each member of the Ghostbusters comes with a ghost that attaches to them and they have a different gimmick for acting like the ghost is scaring them. Again for kids toy very harmless, funny even. However, the Egon figure in this line has some very questionable engineering that was very surprising mad it passed the designers before production began.

So Egon comes with a fat blue ghost that attaches to him on a spot that is…ahem…a very vulnerable spot that makes him spin around it “terror”. Look I don’t want to make a crude and insensitive joke on what we’re all thinking, so instead, I’m going to make fun of how boneheaded the designers were! Seriously it could be attached to his back or something!? I doubt it would’ve affected the spin gimmick! Honestly after seeing this very, VERY “ooff” inducing toy I understand what Winston meant when he said: “I have seen some shit that would make you white!”

Ah, the world of bootlegs. Oh, how I love how shameless it can be in ripoff ideas. So yeah this list is ending with one of the strangest Ghostbusters merchandise with some knockoff toys aka The Spook Chasers. While you may cry foul on including bootlegs but honestly bootlegs can end up becoming some of the most bizarre rabbit holes one can dive into! What makes these Spook Chasers so weird is how close they replicate both the box art and overall design of the Kenner toys with the purple aesthetic and somewhat similar gimmicks such as the proton packs (now looking like catchers you’ll see for dog catchers) and a translucent ghost.

It’s honestly impressive how close these toys resemble their legal counterparts, but like the pod people from Invasion of the Body Snatchers, something is off. And fun fact there was a 1957 comedy film called The Spook Chasers which stared the comedians The Bowery Boys which had a sequel of sorts called Spook Busters which had a working title called…you guessed it: Ghost Busters! Maybe the bootleggers seemed to be bigger Ghostbuster fans than we thought they were! Or could it be a massive coincidence? The world may never know.

There’s Something Strange In The Neighborhood!

So as we dived into the world of the strangest Ghostbuster merchandise, it kinda shows how enduring this franchise has become and how dedicated its fans are. Some of these items are very sought after just for their bizarre nature that can be seen as enduring. Sure they may be a questionable idea, but as I said before questionable isn’t inherently bad. With Ghostbusters: Afterlife on the horizon, let’s hope we get some more weird Ghostbusters merch that’ll make us say “Now there’s something you don’t see every day.”