The Forever Purge Review (2021): Gun-Happy Rage in the USA 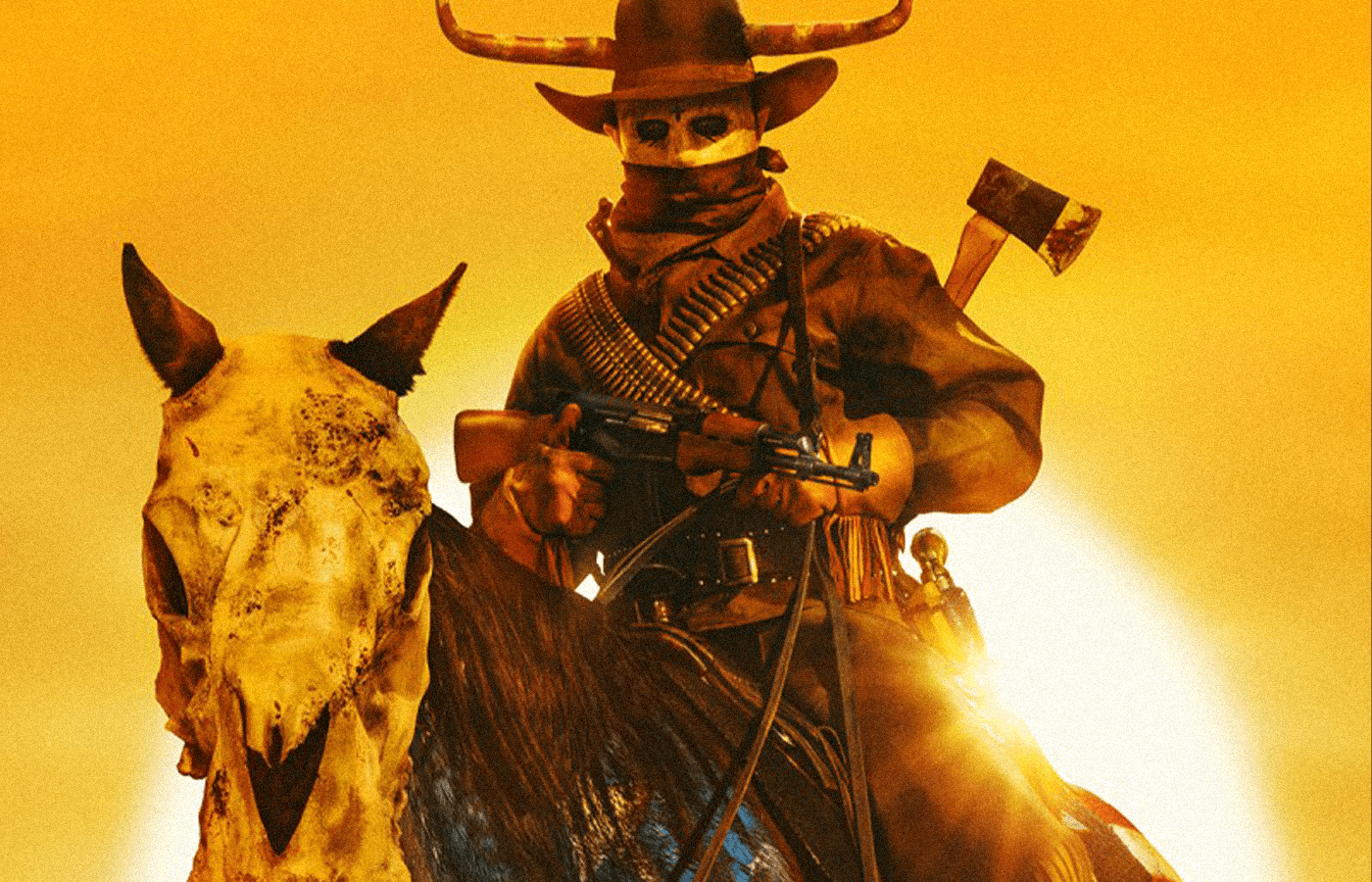 It’s July 4th weekend, and you know what that means: the latest installment of The Purge franchise has arrived in theaters. Directed by Everardo Gout and written by franchise creator James DeMonaco, The Forever Purge takes place narratively somewhere after the events of 2016’s The Purge: Election Year, which concluded with the decision to do away with the Purge – a national holiday during which most crimes including murder are legal for twelve hours – forever.

Spoiler alert! This decision doesn’t hold and, according to some of the exposition we get at the beginning of The Forever Purge, the far-right political party known as The New Founding Fathers of America (or the NFFA) has taken back control of the United States and used their power to reinstitute the Purge.

The film opens with an introduction to our two main characters, married couple Adela (Ana de la Reguera) and Juan (Tenoch Huerta), as they cross the border from Mexico into the United States. After a flash-forward, we find Adela and Juan preparing for their first Purge. Rarely do I care about how much is shared in the trailer, but I sort of wish that The Forever Purge kept the fact that this film would take place after the Purge a secret. This film’s opening is structured much like every other Purge film – we learn about our protagonists, their fears, and their hopes, as they do whatever they can to prepare themselves to survive the annual government-sanctioned blood-bath.

The Forever Purge even includes a character, Dylan Tucker (Josh Lucas), who would turn out to be a homicidal Purge participant in any other installment of the franchise. Dylan is the spoiled son of the wealthy Caleb Tucker (Will Patton), the patriarch of the Texas-based family that Juan works for as a cowboy. Dylan can’t handle the fact that Juan bests him in such cowboy-related tasks as calming down a riled-up horse and coldly threatens Juan. And of course, Dylan’s threats have a majorly racist edge to them.

As I said, in any other Purge film, Dylan, the insecure rich racist with a massive gun collection, would be the first one to slide a rubber mask over his face and act out on his murderous rage. But in this film, that doesn’t happen. Instead, after all of our main characters survive Purge night and begin to get back to their daily lives, a bunch of domestic terrorist groups under the Forever Purge banner rise up and refuse to stop purging.

Many of these groups have clear white-supremacist foundations, as one group that patrols the area around the US-Mexico border wall broadcasts their desire to “purify” the country through their car’s megaphones. After being rescued by Juan and his friend T.T. (Alejandro Edda) from a crew of working-class Forever-Purgers eager to make their rich bosses pay, Dylan, along with his pregnant wife, Cassidy (Cassidy Freeman), and his sister, Harper (Leven Rambin), join the pair and Adela as they try to avoid the rampant violence.

Eventually, the group learns that Canada and Mexico (the irony!) have opened their borders for a limited amount of time to allow for unarmed Americans wishing to escape the violence breaking out in the nation. They then make a push for the border, a journey that leads to a number of terrifying encounters with Forever Purgers and the US military.

A Dizzying – But Sometimes Confused- Array of American Monsters

Like most other Purge films, this one finds its most interesting moments when it reflects America’s own monsters back at the viewers. While Purge movies‘ social commentary tends to be, at best, thinly veiled, I’d argue this is part of the franchise’s charm. In The Forever Purge, we encounter such home-grown monsters as skinhead neo-Nazis, a white supremacist who refers to his wife as “mother,” and roving gangs patrolling the border wall. It’s rare to find a main-stream franchise so willing to openly engage in topics like white supremacy, the dangers of right-wing politics, and immigration.

Some of this commentary, however, gets a bit confused in The Forever Purge. For example, while Adela and Juan fight back against the vast array of racists seeking to kill them, Dylan’s casual racism (at one point Juan is made to calmly listen as Dylan explains his segregationist beliefs) never really gets its comeuppance. Instead, Adela and Juan spend the majority of the film saving the Tucker family and teaching them to be more open-minded. Therefore, while Adela and Juan help the Tuckers to develop across the film’s narrative, our two protagonists are never really given any arc of their own.

Although the politics of the film were a bit of a let-down in some major ways, I really enjoyed the way that this film played with many different genres. Another Purge film tradition seems to be its repeated engagement with the action genre, despite being billed as a horror film. The Forever Purge is no different, but it goes even further, incorporating elements of western films and even war movies. This infusion of multiple genres helps to make the scares of The Forever Purge come primarily from its concept and from its on-the-nose social commentary rather than from its series of jump-scares and more traditional horror fare.

That being said, one of my favorite moments of the film takes place in a movie theatre, where it appears that a group of movie nerds attempted to ride out Purge night by having a horror movie marathon. By the time Adela and Cassidy enter the theatre and quietly move through the auditorium and into the backstage area, Universal’s classic monster flick Dracula is playing on the big screen and plastic skeleton bats are hanging from the theatre’s ceiling. With Dracula’s interest in imperialist themes and xenophobia, this seems like the perfect film to play.

When Adela and Cassidy reach the backstage area, they discover an assortment of dead bodies wearing vampire costumes belonging to the people who were attending (or perhaps shadow-casting) this screening of Dracula. Unfortunately for the two women, some of these film nerds aren’t actually dead. In spectacularly vampiric fashion, we get to watch as a few of these costumed Draculas rise from their movie theatre graves and attempt to participate in the Forever Purge. It’s a lot of fun.

Overall, despite its strange interest in Dylan and his family, The Forever Purge is a fairly solid addition to the Purge franchise.

What Did You Think Of The Forever Purge?

We hope you enjoyed our Forever Purge review! What did you think of the film? Let us know on social media!