The Friday The 13th Remake Is Good

Is it high art? No, but the Friday the 13th remake doesn't need to be. It’s the perfect amount of dumb fun that any Jason fan can appreciate. 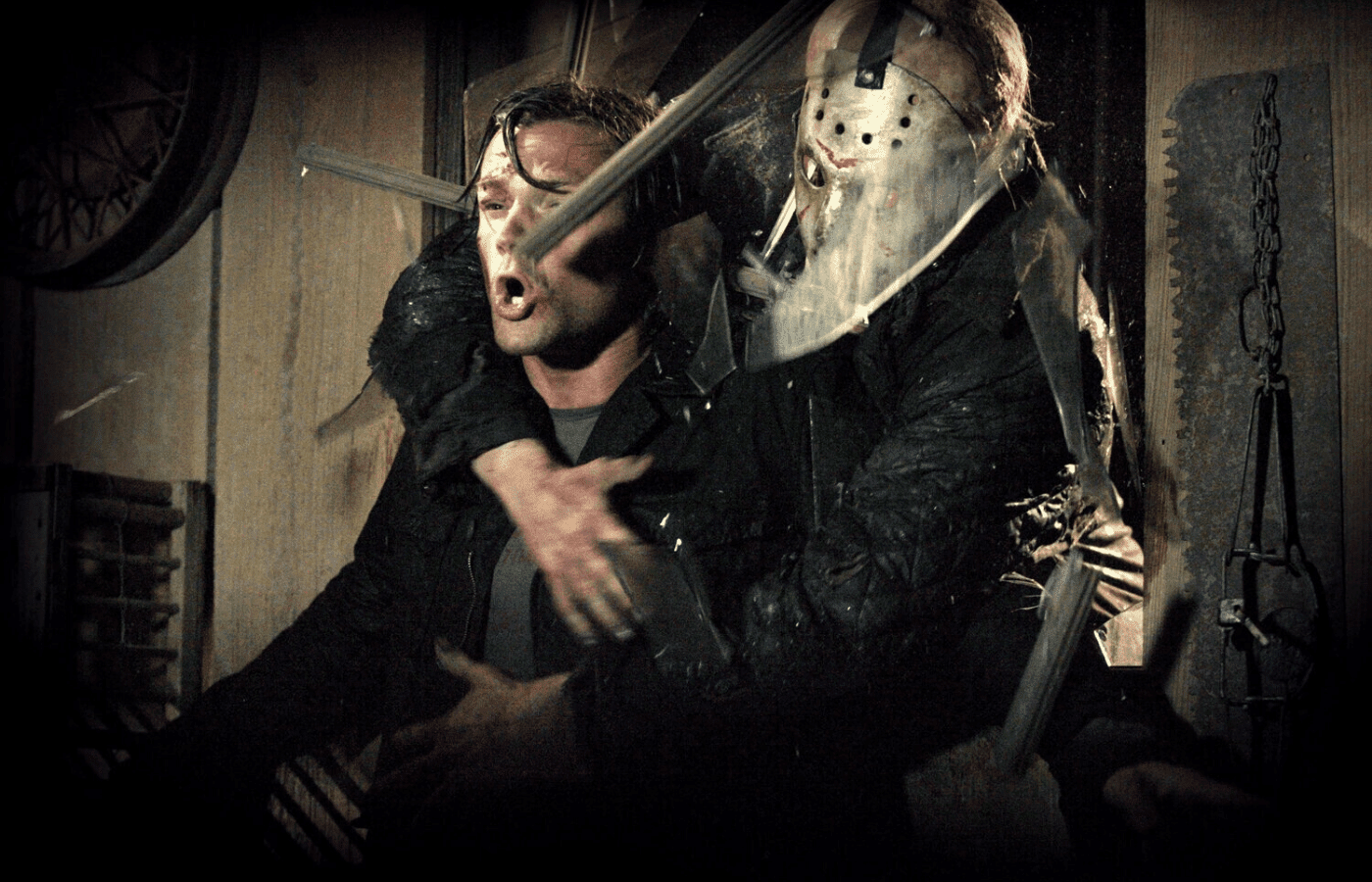 Is it high art? No, but the Friday the 13th remake doesn’t need to be.

If you ever mention the word “remake” to any horror fan, nine out of ten times the reaction is a combination of annoyance, eye-rolling, and some kind of moaning on how “remakes are always worse than the original”. All genres or sub-genres contain a few rotten apples but that’s the consequence of making art. Sometimes you gotta make the bad stuff to get to the good stuff.

Remakes have existed since the dawn of cinema. For example, there are over 10 different versions of Phantom of the Opera between 1916 and 1990. That’s pretty much one Phantom film a decade! Without remakes, we may have never seen Brian De Palma’s brilliant Phantom of the Paradise. Film remakes allow different creators to put their own identity of a timeless story (think of something like Dracula or Frankenstein). It’s a staple in storytelling and if you’re a genre fan then you have to understand the nature of the beast.

When you defend remakes and present the naysayers with films from the 1980s (i.e. John Carpenter’s The Thing or David Cronenberg’s The Fly) most horror fans will say that those don’t count and point towards the next two decades as the worst offenders of the medium. With those unfamiliar, the 90s suffered from “sequelitis” while the early 2000s were bombarded with a series of horror movie remakes. Some for the worse and some for the better.

There are some hidden gems that get a little too much hate. The one horror movie remake that I’d defend to death is 2009’s Friday the 13th. To preface this – I don’t think the film is the best entry in the entire series, I do think it’s a perfect remake of a Friday the 13th film. As a whole Friday the 13th is one of the more consistent horror franchises as every entry is pretty much the same (Jason X aside), and I don’t mean that as a negative.

Unlike other horror movie franchises like Halloween and A Nightmare on Elm Street which usually have very strong starts that lead to a franchise of various quality, Friday the 13th  has always been fairly consistent. You know what you’re getting in a Friday the 13th film: teenagers go to Crystal Lake, have pre-marital sex, do copious amounts of drugs, then finally get slaughtered in a ridiculous manner. The entries that deviate from this formula only change one element ie “what if Jason was in space?” or “what if it wasn’t Jason, but a copycat?” but a large portion of that formula remains. While one could argue that this formula can get tiring, for some reason it just works for Friday the 13th!

The Friday the 13th formula is a staple of the slasher genre that can’t be unwoven.

If you were to ask me which horror franchise has better quality entries, I would say A Nightmare on Elm Street, but if you asked me what has more enjoyable entries I would say Friday the 13th. Unlike many acclaimed slasher films which one can argue usually play on a particular fear or theme to elevate it above the rest of the franchise, Friday the 13th is the equivalent of a popcorn flick for the horror genre. You go in the have a fun time with some cheesy characters, gore that tends to be more funny than horrifying, and to be honest, Jason Voorhees is fucking cool.

Friday the 13th sells itself on spectacle, familiarity, and gore but at this point, that’s not much of a secret. This is why it baffles me when people say the remake is bad as it “rehashes” the original films…um the entire series rehashes itself like nine times!

Let’s not beat around the bush, the first Friday the 13th was incepted as a ripoff of Halloween, it’s just that director Sean S. Cunningham and writer Victor Miller was lucky to make a solid slasher film in the early wave of the genre’s explosion in the 1980s (it also helps it had some solid effects from Tom Savini) and each entry used a formula that Friday the 13th perfected that began with films such as Halloween. Each film is a rehash in terms of the basic formula with some changes here and there such as making Jason the killer from the second entry onwards or zombified him later in the series. Honestly, the better entries are the ones that embrace the ridiculousness of the series such as Part VI: Jason Lives or Jason X as you go into these films for a great time. These are the kind of films you bring a bunch of friends over, have some drinks, eat some pizza, and yell at the TV for some of the funnier or dumb moments.

And in a way, I feel the remake succeeds in some aspects of the original series. For one it’s very accessible for newcomers as they get the gist of Jason’s origin, knowing Jason’s mother Pamela was the first killer, and how he gets his hockey mask all in one film. And yet it doesn’t feel bloated or rushed. Plus unlike director Marcus Nispel’s previous remake of The Texas Chainsaw Massacre, the slick production values work for this film’s benefit, especially when it comes to this version of Jason which may be a hot take to some but I feel this is my favorite incarnation of the characters.

Yes, I will say Kane Hodder’s performance as Jason is iconic but Nispel’s directing and the performance of stuntman Derek Mears gave us a legitimately scary Jason. Unlike the brute of the previous films, this Jason is much more intelligent when he kills his victims so he adds a lot of unpredictability as you know he’s thinking of something yet that emotionless mask hides his intent. Plus when this Jason runs it’s fucking scary! And while these characters are not the best, I feel they do their jobs well enough and some of the side characters played by Arlen Escarpeta and Aaron Yoo are some of the most entertaining characters in this series and I actually didn’t want them to die in this. And sure I will say the amount of sex scenes in this film is very gratuitous to the point of parody levels, but at this point, it felts like an obligation when it comes to this series.

If you wanted something more out of a modern Friday the 13th film, I can totally understand why you didn’t like this film as I feel there could be unique ways to elevate this series, but I feel those who say the past films offer something more than this remake provides is a bit unfair to this film. Look I get it we had some shitty remakes during the big wave in the 2000s, but let’s not throw every film under the bus or the concept of remakes all together. The horror franchise thrives on remixing itself and remakes can offer new avenues of reinventing classic stories for new audiences.

I feel that the 2009 Friday the 13th was very successful in abridging this series as an easy jumping on point for newbies wanting to get into slasher films. Is it high art? No, but Friday the 13th  was never high art. It’s dumb fun but I am an advocate of dumb fun cinema. We all value entertainment and as such if a film can provide that then I feel it did its job! Back when the film was first released I thought it sucked too, but I gave the film unfair standards and after revisiting it years later it’s one of my favorites in both the series and horror remakes. So please next time give this film another chance and maybe, just maybe, you may find there’s a lot more to like than dislike.