A Devilish Month: Let Us Trick You in The Handmaiden and The Perfection

Though the themes presented in these films are traumatizing, the real heroes are the survivors who turn the tables against the toxic men in power by using their weapons against them. 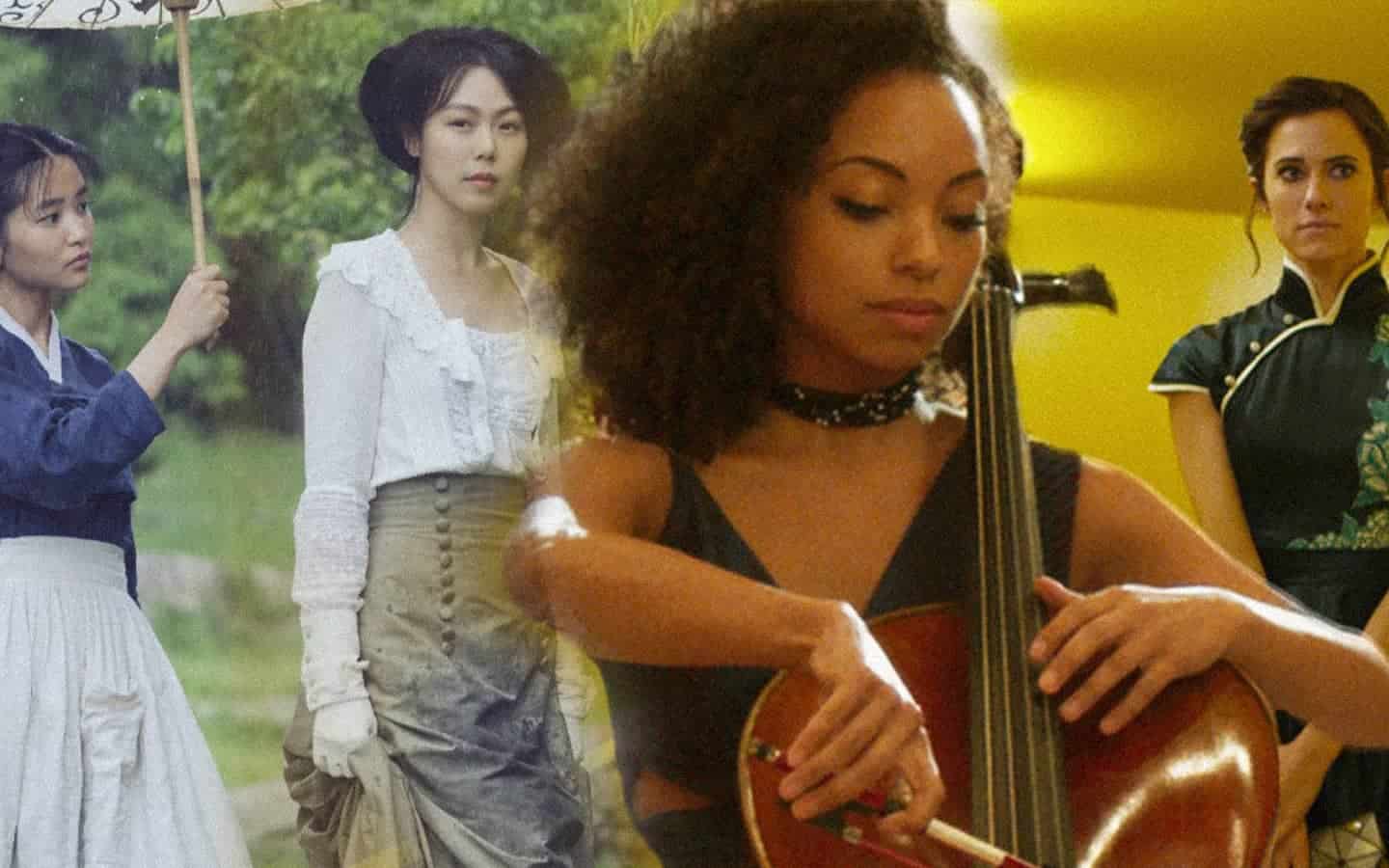 Though the themes presented in these films are traumatizing, the real heroes are the survivors who turn the tables against the toxic men in power by using their weapons against them.

A game of deception seems complicated and dangerous which is true. No matter who the person is doing the trick or the person being tricked, the game is a fun way to test out varying outcomes. If the motives behind this game are about revenge and payback, the game amps up, and soon all players will be confused along the way. The following films play these tricks behind an agenda of revenge, show how complex and dangerous these games of survival can be.

Unfortunately, Lady Hideko is engaged to Kouziki in a perverse relationship based on exploitation which she and her aunt suffered. As Lady Hideko meets Sook Hee, their relationship spirals into a series of cat and mouse affections that derail Count Fujiwara’s plans. Lady Hideko and Sook Hee begin having an affair that turns romantic and then through several trials of deception, a relationship based on betrayal. The trick of this film is that it is told in three parts from three points of view. These parts reveal a complex mastermind plan was scheming in plain sight. But as the trick goes, everything gets clustered and attacked by exploitation, submission, lust, and violence.

The Handmaiden is a remarkable thriller film that examines the horrors of oppression and sexual violence towards women; more so, in a very troubling period in Korean history. However, the surprising element here is the trust between Lady Hideko and Sook Hee who form a bond given that both are victims of manipulation by powerful men and in this case, con men. Hideko and Sook Hee are the heart of this story whose love and their intellectual abilities are the weapons against oppression.

Both women represent different layers of marginalization such as gender, class, ethnicity, and sexual orientation which also reflects the state of Korean society during that time. Nevertheless, The Handmaiden is a must-see thriller film for Halloween due to its love of cat and mouse games that blend several topics that still resonate to this day.

The Perfection (2019) is directed by Richard Shepard and written by Richard Shepard, Eric C. Charmelo, and Nicole Snyder. The film is a revenge thriller divided into four parts taking place between China and the United States. Two points of view are presented through prodigy cello students, Charlotte (Allison Williams) and Elizabeth (Logan Browning). Charlotte arrives in Shanghai after her ailing mother died under her care for many years which paused her cello classes at a professional music academy.

As Charlotte arrives in Shanghai, she is greeted by her former cello teacher, Anton (Steven Weber), his associate Paloma (Alaina Huffman), and their superstar cello prodigy, Elizabeth. Charlotte’s relationship with Elizabeth strikes first as jealousy, that turns to lust, and then into a cat and mouse game. As both students combat musically and intimately, they realize a common threat that has traumatized both of their childhood years. Combined, Charlotte and Elizabeth form a duet to battle against the abusive educational system that Anton has created for his students.

The Perfection examines sexual violence and systemic abuse in educational institutions as depicted in this film through the lives of two cello students. Like a cat and mouse game situation, Charlotte and Elizabeth start a rollercoaster ride of intense sexual and violent acts until both form their own paths of revenge. Even though Charlotte and Elizabeth develop an intimate relationship that they both enjoy, they also understand the high risk of fighting against the people who had exploited them. The film manages to present another revenge tale from multiple perspectives that deceives the audience.

More so, it is a film that fights against a system that encourages abuse in return for human perfection. In a queer viewpoint, The Perfection manages to craft a complex relationship between Charlotte and Elizabeth where their sexual orientation and intimacy are not seen as a threat. Both enjoy their intimate moments without regrets and even continue to do so amidst the violent acts they must perform along their vengeful journeys. Ultimately, The Perfection is a great revenge film for Halloween that displays a justifying vengeful act against criminals who enjoy and justify their violent behavior.

In the end, The Handmaiden and The Perfection are the perfect revenge thriller double features for queer women fighting against a systemic world of abuse. Lately, in the horror community, a resurgence of queer horror films and revenge films alike have surprised audiences. Additionally, the combination of these makes a more thrilling journey in examining queer romance and intimacy as well as combating an oppressive system that encourages violence towards women. Even though the themes presented in these films are traumatizing, the real heroes are the survivors who turn the tables against the toxic men in power by using their weapons against them.