So I ask any Kaiju fan reading this to try and make this fandom a loving one and the issues of the Kaiju community's homophobia problems be addressed now. 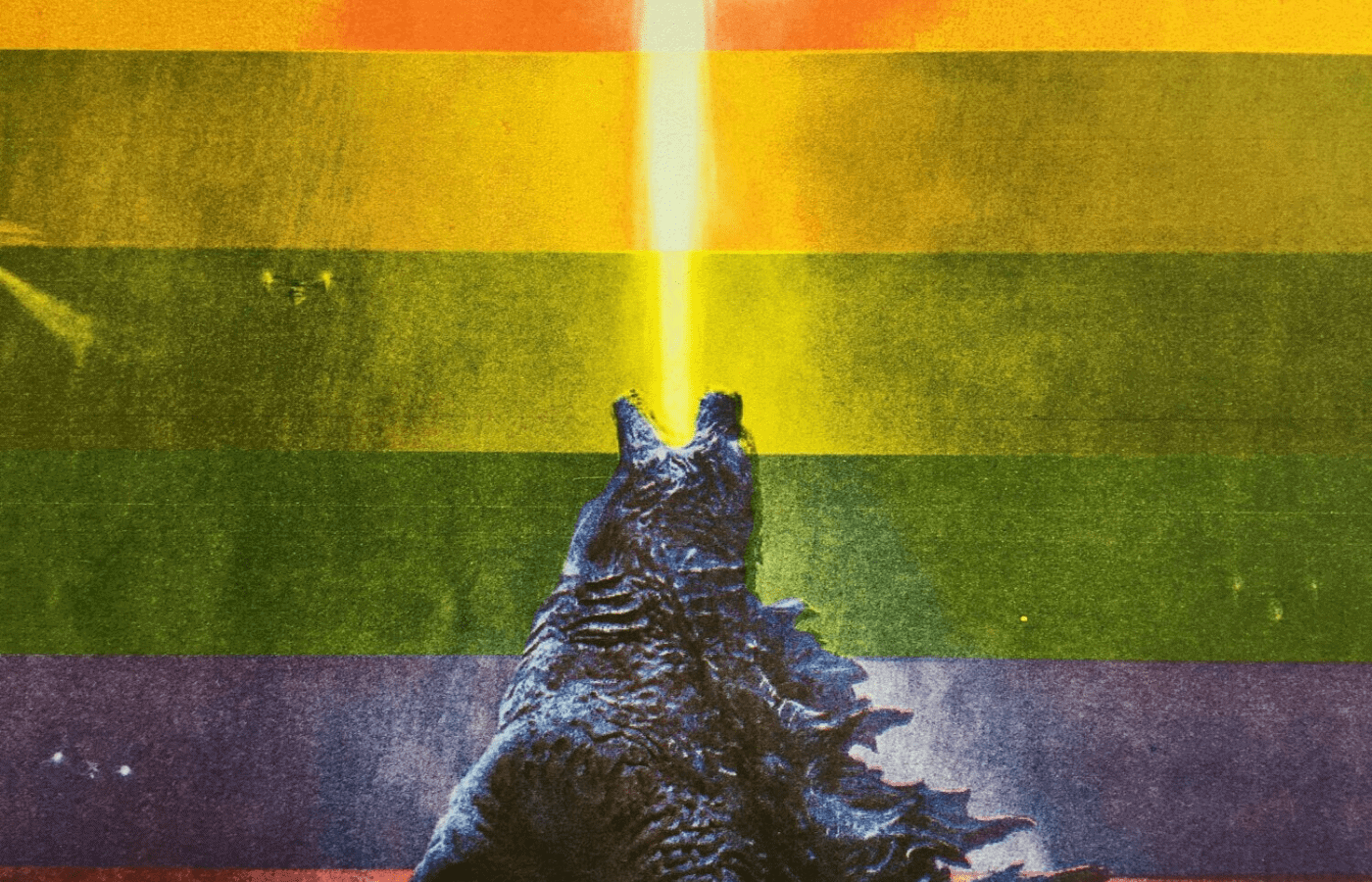 CW/TW: Bigotry Towards The LGBTQ+

Homophobia Should Not Be The Norm!

On December 21st, the popular Kaiju Youtube channel Dangerville posted a picture on their Youtube Community page of Godzilla behind a rainbow in a gesture to bolster positivity in the fandom. Instead, the channel was bombarded with a disturbing amount of homophobic comments against the idea of associating Godzilla with the LGBTQ+ symbol. Dangerville shared these comments on Twitter, shocked that so many people in the Kaiju community would respond with this level of bigotry. However, many in the community pointed out, myself included, that this level of hate has been around for a while and now has reached a point where we as a fandom need to start addressing it. So let’s discuss the Kaiju Community’s homophobia issue.

Over the past few years, pop culture fandoms have grown massively thanks to the prevalence of social media, allowing those of different backgrounds the opportunity to join together and embrace one another for their shared interests. Sadly, as seen in other communities including those based on Star Wars, Comics, and now Tokusatsu/Kaiju, there has been a very loud subset of fans who have very strong, bigoted beliefs, and actively bully fans who are of different races, genders, and sexual orientations/gender identities, among other marginalized backgrounds. In the current political climate, those with such toxic mindsets seem to feel more emboldened in making the lives of fellow fans more difficult despite being fans of the same subject matter.

While Dangerville’s post seemed to send a collective wake up call to the major voices and personalities within the fandom to this issue, it’s a problem that isn’t new or even particularly well hidden. Especially with some incidents, I have encountered in the past few months within the fandom.

A few weeks ago I made a Tweet asking for the community if they could help me find LGBTQ+ artists and creators in the fandom so I could follow and support their work. While most of the feedback was very supportive, I also received passive-aggressive and homophobic responses. Another incident I encountered earlier in 2019 was at the end of Pride Month, where I made a positive and humorous Tweet stating we as a community should make the character of Mothra Leo (also referred to as Rainbow Mothra) from the Rebirth of Mothra films as a Pride Month Kaiju mascot. Again, while most of the responses were positive, it was disheartening how many responded with bigoted replies and seemed “offended” I associated a fictional giant moth with gay rights. It’s gotten to a point where most of these tweets are either suspended and/or deleted.

With these incidents, one must wonder why this is a rampant problem within a fandom about Japanese giant monsters? I think what it boils down to is our fandom hasn’t been challenged on these issues until now. Unlike other genre communities, such as the horror community which seems to always challenge itself and its previous assumptions, the Kaiju fandom (at least the Western side of it) is a very niche fandom that for the most part has been somewhat stagnant and isolated. But thanks to the aforementioned growth of social media, content creators, and a much more global audience, genre media is gaining new fans from different backgrounds. This new influx of diversity may have made the ugly side of the fandom feel “threatened,” prompting a gatekeeping mindset in order to keep up this idea of making the fan base “how it used to be.’‘

Unfortunately, preserving the exclusivity of the fandom has left many fans feeling alienated for being who they are. And this kind of behavior needs to stop now. There’s no ifs, ands, or buts about this. It’s ugly behavior, and we need to be better individuals as a fandom.

A few months ago, I had a realization about myself, and I came out to my family as bisexual. Luckily for me, I was accepted for who I was and life went back to normal. But I know not many LGBTQ+ individuals have such a luxury. Fan bases should be a place for comfort where people of shared interests meet one another and make new friendships. While there is a scary amount of hatred in the community, we can take steps to put an end to this together.

A Safe Place For Fans

While the initial gut reaction is to fight back, we need to be smart about it. Sometimes fighting fire with fire can escalate situations. Instead, there are times to call out people who are behaving with bigotry, and times we just need to cut them out. The Kaiju Community should figure out ways to bring a higher standard of behavior and discourse from its members. When we see someone being a bully or embracing harmful ideas, they should be called out for it and we, as a collective, need to let them know their behavior is not welcomed within the fandom. If they continue to be a problem (especially on social media), block them. They do not need a platform to be harmful towards others and we should not be devoting so much energy to dealing with their toxic tendencies. Hitting the block button is enough.

I love the Kaiju and Tokusatsu community. It has brought me great joy and I have met some wonderful individuals who I can truly call friends and colleagues. I have seen so many people from different walks of life, which is part of what a fandom community should bring to each of its members. So I ask any Kaiju fan reading this to be open-minded, welcome each and every new fan, and make sure no one feels unsafe in our community.