The Lighthouse: Lovecraft at Its Roots

The Lighthouse keeps to Lovecraft’s idea that the unknown is truly the most terrifying thing possible. 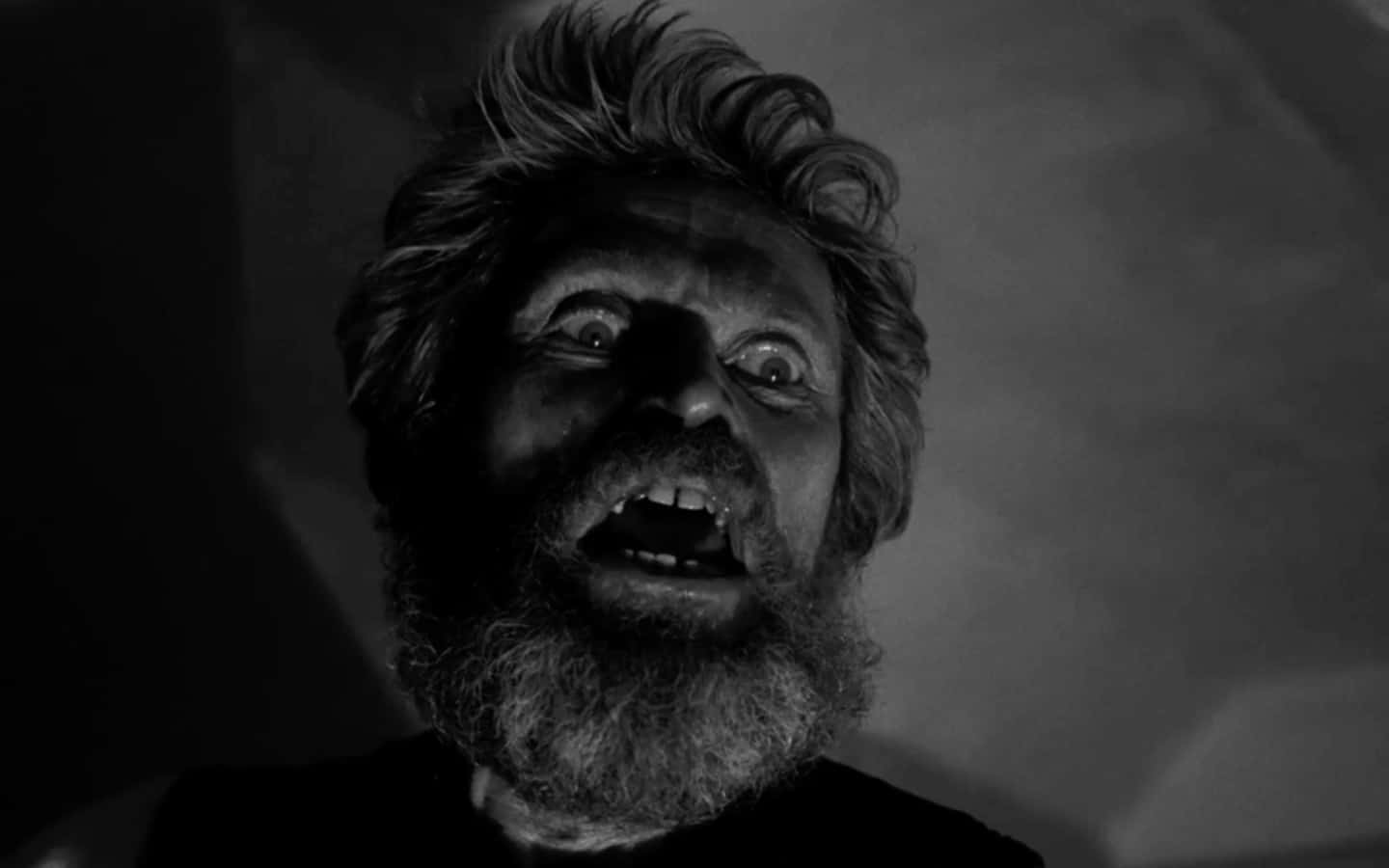 This is the most overt element of Lovecraftian Horror in The Lighthouse (2019) and the best glimpse of it we see, keeping to Lovecraft’s idea that the unknown is the most terrifying thing possible.

Lovecraftian Horror is a horror that is defined by its emphasis on the unknown more than anything else. Its name is, of course, derived from the iconic yet also infamous short story writer H.P. Lovecraft who used this style of horror frequently in his own works. However, in recent years Lovecraftian horror has been analyzed and criticized for its roots, with Lovecraft’s own racism frequently being part of the horror content he produced.

For example, in one of his most iconic stories The Call of Cthulhu, Lovecraft makes sure to specify the races and mixed-nature of Cthulhu’s cultists, this fear of race mixing would also make itself in numerous other Lovecraft works such as The Shadow over Innsmouth and The Dunwich Horror.

This, among many other problematic elements of Lovecraft’s works, has led to authors seeking to recontextualize, re-examine, and redefine Lovecraftian horror. These discussions have been covered on our site before in articles like Responsible Media Consumption In A Modern Age by Darren McConaghy. One piece of modern horror that has also attempted to redefine Lovecraft is the black and white film The Lighthouse (2019) directed by Robert Eggers.

RELATED:Extreme Cinema: The 40 Most Disturbing Horror Movies Ever Made

The Lighthouse is about two lighthouse keepers, played by Willem Dafoe and Robert Pattinson, who are sent to a remote and mysterious lighthouse in the 1890s. There they begin to fall apart mentally and emotionally as their mutual distrust in one another begins to build and build as a result of finding out more and more about each other. This in and of itself is almost Lovecraftian, to Winslow (Robert Pattinson) and Thomas (Willem Dafoe) each other is the unknown.

It is a fitting analog when one considers how H.P. Lovecraft himself did not trust anyone beyond himself. In a way one could view this as itself recontextualizing Lovecraftian horror, no longer is the other women or people of a different race or religion, now the other is merely a different white man than the rest. That being in and of itself enough to inspire Lovecraftian horror in the characters.

However, this is not all The Lighthouse does with and to explore Lovecraftian horror, and with that it makes its subtext become text. One of the biggest elements of this being the mermaid. In the lighthouse, Winslow finds a mermaid figurine under his pillow and when he asks Thomas about it, he is just told that it was from an old partner of Thomas who had left after growing crazy.

Right after finding it though Winslow himself begins to dream of the mermaid non-stop. It is not long after these dreams that Winslow himself finds the mermaid washed up on the beach, at first seeming to be beautiful and desirable yet quickly becoming monstrous with her screaming and laughing.

The movie implies the mermaid is tied to something greater and darker at play, yet she also ties into H.P. Lovecraft himself. Lovecraft was famously terrified of the ocean and water, with two of the biggest players in his mythos being Dagon, a Mesopotamian/Caanite water deity who Lovecraft recontextualizes into a water demon, and Cthulhu who is part octopus and part sea dragon whose domain of R’lyeh is trapped under the sea.

In both cases Dagon and Cthulhu represent people of color in some form, with Dagon’s children interbreeding with humans being said to be monstrous and Cthulhu’s cultists being, as mentioned, all being people of color or mixed. However, The Lighthouse recontextualizes this by while having the mermaid be terrifying in a way Lovecraft would do with female characters, it is framed that she is made terrifying by Winslow’s obsession and sexual desire for her and not by her own choice or being.

This continues with the implication of the sea bird’s curse. This curse is established by Thomas when he tells Winslow that bringing harm to a sea bird would bring them great misfortune. Initially, Winslow wearily follows this advice and leaves the seagulls that harass him while he works alone, only to snap and brutally beat one to death. It is after this that a massive storm starts which cuts him and Thomas off from the mainland.

While the film leaves it open as to whether or not killing the seagull was the cause of it, much like with the mermaid it is greatly implied that the gulls themselves are servants of a greater evil. It is in this that a classic trope of Lovecraft, that of ordinary things being horrifying such as Air Conditioning or colors is used and explored through a fresh lens.

Perhaps the biggest and most overt bit of Lovecraftian horror though is the lighthouse itself. Early on in the movie, Winslow becomes curious and fascinated by what Thomas could possibly be doing when he sneaks up to the lighthouse’s lamp in the night. To find out, Winslow follows him to the stairs of the lighthouse only to catch a glimpse of tentacles and a naked Thomas where his semen drops on him.

This is the most overt element of Lovecraftian Horror in the movie and the best glimpse of it we see, keeping to Lovecraft’s idea that the unknown is the most terrifying thing possible. The being’s evil however also beings to take hold in Winslow and Thomas, introducing fear and disdain of one another as Winslow himself begins to also become obsessed with the light of the lighthouse and whatever inhabits it. This culminates in Winslow and Thomas having an all-out brawl, leading to Thomas being killed.

When Winslow climbs the stairs himself and finally looks into the light, we only see his reaction. Which is him screaming that slowly but surely gets drowned out and becomes just the music of the film before he in horror stumbles down the stairs and falls, killing himself in the process. It is in this that The Lighthouse fully understands Lovecraftian horror.

What makes the style of horror that Lovecraft used so terrifying is in our daily lives we are powerless to things beyond our control, greater cosmic forces like the weather or animals, or as we’re seeing now, disease. It is with this that The Lighthouse merges both of these ideas of Lovecraftian Horror, the overt supernatural and the ordinary, to redefine it while also removing the problematic elements of H.P.’s own works.

What did you think of The Lighthouse? Let us know over on social media!