The Lodge: Perpetrating a Timeless Trope Or Turning It On Its Head?

Horror is no stranger to making monsters out of the misunderstood. 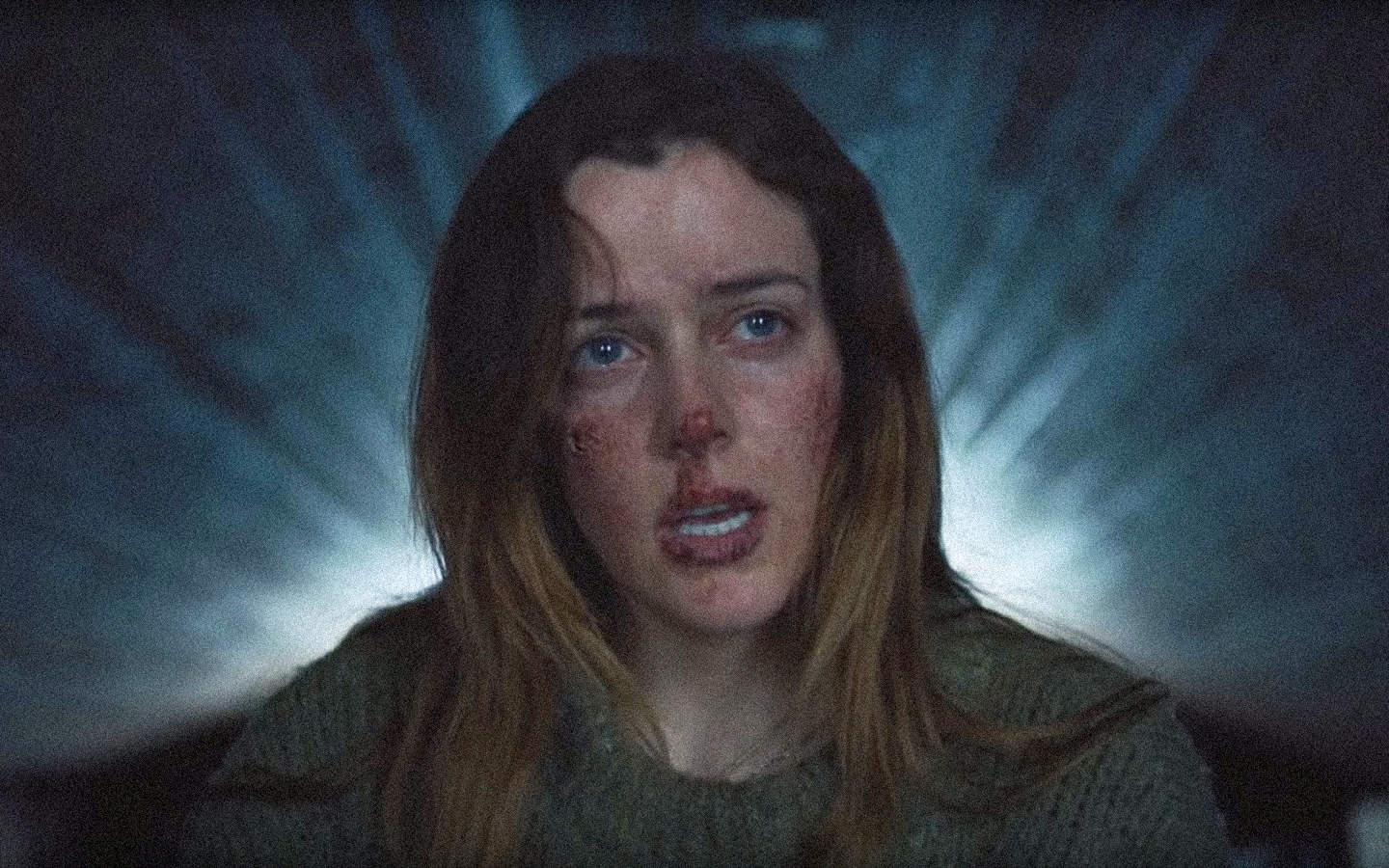 Horror is no stranger to making monsters out of the misunderstood.

Mental illness as a villain is a trope that is as dangerous as it is pervasive. Horror is no stranger to making monsters out of the misunderstood; from Norman Bates to Nana and Pop-Pop from M. Night Shyamalan’s The Visit, to the entire sub-genre of horror movies where angry ghosts of “insane” asylum patients kill feckless young people. The trope demonizes an already targeted populace, as these characters are more often cast in the role of the villain, trying to kill, maim, or hurt our protagonists.

While it makes for good scares, these representations can, and often do, put people in actual danger. When films paint neurodivergent people with a broad, brush perpetuates the stigma that they are dangerous when in reality they are a severely unprotected and underrepresented group. People with disabilities, especially people of color, are routinely victims of state-sanctioned violence, as their sometimes erratic-seeming behavior is enough probable cause for police to start shooting.

The Lodge, while commended for its stellar acting, suspenseful atmosphere, and a great cast features a main character with PTSD who ultimately becomes a villain over the course of the film. Is it a perpetrator of this trope that just won’t die? Perhaps.

The Lodge directed by Veronika Franz and Severin Fiala follows a slapped-together family of four, celebrating Christmas together at their remote cabin in Massachusetts. Richard (Richard Armitage), the patriarch of the clan, is forced to go back to the city for work purposes, leaving his two children, Aidan (Jaeden Martell) and Mia (Lia McHugh), in the care of his new fling, Grace Marshall (Riley Keough).

Still reeling from the recent suicide of their mother, Aidan and Mia discover Grace’s horrific past as the daughter of a cult leader, and the sole survivor to a Heaven’s Gate styled group suicide; Richard, in fact, met Grace as he was researching the sect for a book.

We’re lead to believe that something supernatural is going on in the remote wilderness when Grace and the kids wake up to the frightening revelation that all of their things have mysteriously disappeared. Footprints begin appearing in the snow. Grace dons a blanket and walks into a storm seeking help, only to find the face of her deceased father peering back at her from a cross-shaped house. The imagery of religion, namely a well-detailed picture of a female Catholic Saint, haunts her by dredging up memories of her past.

Grace, torn apart by these events and the fact that her medication, presumably to manage her stress levels after witnessing the horrific self-slaughter of her family, has also gone missing, begins to deteriorate rapidly.

The final straw comes when Aidan, convinced that they have died and are in a hell or purgatory state, hangs himself on the stairs but doesn’t die. Grace enters a state of catatonia upon finding her dog, Grady, that went missing along with everything else in the cabin. Grady is found dead and frozen from prolonged exposure to the elements; she cradles his body in her arms, and the audience is finally given the truth, as the kids try and coax Grace inside. The entire thing was staged by Mia and Aidan, as a disgusting form of revenge for Grace’s inadvertent role in the death of their mother.

Is The Lodge perpetuating the harmful trope of making mental illness into a villain?

After Aidan and Mia pass the point of no return, denying Grace her medication and re-surfacing traumatizing memories of the mass suicide of her family and friends, Grace turns from frayed, yet sympathetic protagonist into an erratic, dangerous monster.

At the beginning of the film, we follow Grace almost exclusively; we, as uninformed as she is about the “prank”, are with her as she progressively devolves, becoming more and more disturbed. We sympathize with her terror, see the visions and hallucinations that she sees, and how certain imagery affects her.

However, when the truth is revealed, the perspective shifts, and it seems like we are made to empathize more with a terrified Mia and Aidan, cowering in their rooms as a monster of their own making flagellates herself at the fireplace. When Mia attempts to go to the bathroom, we’re just as frightened as she is, looking out into the darkness of the hallway for a sign of an unhinged woman.

We watch, in anticipation and terror, as Aidan and Mia desperately try to get the car running and Grace advances on them, fully transformed into a monster. Where we once cowered with Grace, we now cower from her; this distant-eyed, burnt woman singing the gospel and brandishing a gun is a far cry from the shy, polite person who we thought we understood in the first act of the film.

Does The Lodge perpetuate stereotypes of mentally ill people being dangerous? I’d argue yes, but with some stark differences.

Grace is a severely traumatized woman, trying to navigate a world that is severely unforgiving to people who dare to be neurodivergent. She is put under an enormous amount of stress, worrying not only for her own safety but for the safety of the children in her care. She is cut off from the outside world completely, and unable to fall back on coping mechanisms as Aiden and Mia blast sermons of her dead father around the cabin. She is denied the medication that helped keep her emotionally balanced.

So, yes; Grace is dangerous. She is a dangerous person who happens to be mentally ill, but the difference is that she doesn’t start off this way.

Grace Is Not Inherently Violent

Whereas most examples of the trope are dangerous simply by association—meaning, the mere act of having a mental illness inherently makes them villainous, violent people—Grace is not inherently violent. When she shoots Richard, she does so under the impression that the bullet will be harmless. At her worst, even, Grace’s misguided intentions are not to hurt Aidan and Mia; so wrapped up in her past, she honestly believes that she is saving the kids from going to Hell by making them “serve penance” (shooting them in the head). Grace’s inability to find her way back to reality and subsequent violent actions are the consequences of her emotional torture.

The Lodge occupies the same space as director Ari Aster’s 2018 breakout hit, Hereditary, in terms of mental illness and the effect on their two female leads. Annie Graham (Toni Collette), the matriarch of the ill-fated Graham clan, is traumatized by the death of her daughter and, in a weakened state of mind, is taken over by something preternatural, which forces her to try and hurt her son. In the latter half of the film, Annie plays the role of villain. In the latter half of The Lodge, Grace plays the role of the villain; but neither began their journey in this way.

The Lodge presents not only a harrowing story, but it also opens up great dialogue. The film is special in the sense that it takes the mentally ill as a monster trope and offers a better, more sympathetic take; it is not Grace herself that is the villain, but a version of Grace pushed to the absolute limit, that is the real monster. It’s Grace, spurred on by major gaslighting, intense stress and pressure that morphs her into a pseudo-villain.

I’d hesitate to definitively say if The Lodge actually had an antagonist, even. Every single party played a role; from the kids gaslighting the heck out of Grace, to Richard’s complete emotional insincerity towards his own children after the suicide of their mother, no one escapes this film unscathed, or at least without some serious therapy. The Lodge is currently available to stream on Hulu today.