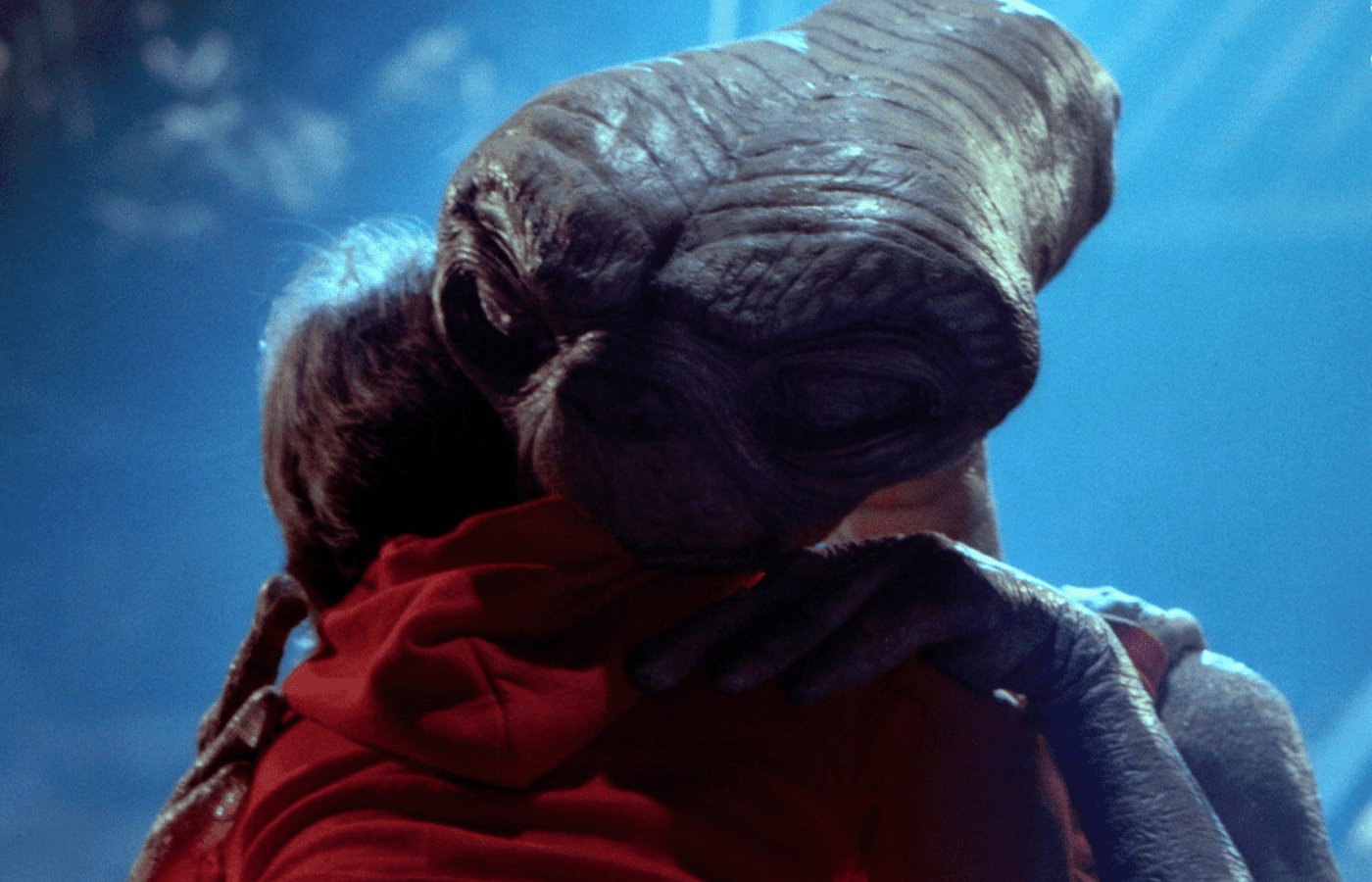 2022 is a BIG year for anniversaries and this June marks the 40th for one of the most iconic films to ever grace the silver screen – E.T. The Extra-Terrestrial. Steven Spielberg’s beloved classic is a story of an unlikely friendship framed as a sci-fi adventure, about a lonely kid and a visitor from another world who is lost far from home. Its unique blend of supernatural fantasy elements and suburban family life shows that despite the fact that E.T. and Elliott are about as different as they could possibly be, they find they still have a lot in common. These wonderful characters, the actors who brought them to life, incredible special effects, and enchanting music all blend to create a masterpiece that has truly stood the test of time.

His Adventure On Earth

E.T. The Extra-Terrestrial is an adventure following a friendly otherworldly creature who is accidentally left behind while visiting Earth. Luckily he is soon discovered by a lonely little boy named Elliott (Henry Thomas), and the pair become fast friends. On the surface the film is a rescue mission, Elliott needs to help E.T. call his folks so he can hitch a ride back home. But at its core, it’s what Spielberg calls a “Double Rescue”.

E.T. needs Elliott’s help to go home, and in a way, Elliott needs E.T.’s help too. Elliott is lonely because he is a child of divorce, and its effects are felt all through his family. He’s too young to hang out with his older brother Michael (Robert MacNaughton) and feels too old to play with his baby sister Gertie (then 6-year-old Drew Barrymore). Their mother (the amazing Dee Wallace) trying her best to keep the family rolling while also dealing with the loss herself.

E.T. comes into their lives when they need him most, and gives them this responsibility that will ultimately bring them together again. Beneath the spaceships, flying bicycles, and Reese’s Pieces is a story of abandonment, loneliness, friendship, family, and saying goodbye. At the end of the day, both of our heroes need their newfound friendship to help get back home whether that is 3 Million Lightyears away, or in suburban California.

“Elliott, I don’t think he was left here intentionally. But his being here is a miracle, Elliott. It’s a miracle and you did the best that anybody could do. I’m glad he met you first.”

The Call… That Started It All

E.T. has always been one of Spielberg’s most personal films. The idea came from him thinking of the ending of Close Encounters Of The Third Kind, and asking “what if the alien stayed behind”? Along the line, that question blended with the story of Spielberg growing up through his parent’s divorce. “It was a childhood fantasy to tell the story of a best friend, and a special friend, who rescues a young boy from the sadness of a divorce.” and that friend is found in E.T. himself.

E.T. was imagined as a short, friendly, plant-like creature with a childish naivety and sweetness to him. Carlo Rambaldi was brought in to design the animatronics after having worked with Spielberg on Close Encounters. Rambaldi was given photos of Albert Einstein, Ernest Hemmingway, and Carl Sandburg to draw from, especially their “frivolous, wisened, and sad” eyes.

Filming was unconventional, as the decision was made to shoot the scenes in mostly chronological order. Typically a film’s production is planned out by grouping filming locations together, or actors’ schedules. But Spielberg believed that it would get a more genuine reaction from the child actors to let them meet E.T. and bond with him as the characters do and to ultimately say goodbye for real as they film the climax. He remarked that filming made him feel like a father while working with the young Thomas, Barrymore, and MacNaughton. A big effort was made on-set during production to let the kids be kids, down to having a Halloween party on set and Spielberg directing for the day in costume. The effort paid off in the amazing performances, they didn’t treat any of it as a special effect, and the focus is always on the emotions and relationships of the characters.

To top it all off, it all comes together with a brilliant score from John Williams. Williams is synonymous with iconic and beautiful music, his beautiful themes for E.T. being easily among the most memorable because they immediately bring back the joy and thrill of the movie’s greatest moments.

The Story That Touched The World

One of the most remarkable parts of how iconic E.T. has become is that even after almost 40 years there is almost zero supplementary material. The movie is a complete tale, in and of itself. E.T. has always been Spielberg’s baby and as such he’s very protective of the property and characters. Despite how popular the film was and continues to be, there has never been a sequel, reboot, spin-off, or nearly any new media based on it. What little there has been, has had Spielberg’s closely guiding eye and personal sign-off.

E.T. has remained in the zeitgeist all these years on its own merit, and the inspiration it sparked for other movies and series like JJ Abrams’ Super 8, or Netflix’s Stranger Things. At one point Spielberg toyed with the idea of making a follow-up but ultimately decided against it. The general consensus is that to revisit the story with a sequel would detract from the lightning in the bottle of the nature of E.T.’s journey. Although, in 2002 for the 20th Anniversary he thought it would be fun to have another look at the film and touch it up with digital effects, not unlike his friend George Lucas did with the original Star Wars trilogy. Over the years, Spielberg thought better of it and (unlike Lucas) backpedaled and has since declared that the Theatrical Cut is his definitive version of the film.

What E.T. lacks in sequels, he more than makes up for in merchandising. There’s been no shortage of E.T. toys throughout the decades since he first visited our planet – from figurines to plush toys, to Funko Pops, and even Loungefly backpacks as recently as last fall. E.T. has been a cereal, a guest star in a LEGO video game, and even has his own theme park ride.

Since the park opened in 1990, E.T. has had a home at Universal Studios Florida at The E.T. Adventure. Steven Spielberg himself worked closely with Universal to make the ride a reality, making it a truly authentic glimpse into E.T.’s world. The ride gives fans the ability to relive or discover the magic of E.T.’s friendship, and become a part of it. It captures what makes the movie so special and is a testament to what movie magic can truly be.

RELATED: Jaws and the Lady of the Dunes

E.T. the film is a beloved classic, and E.T. the character is an icon in his own right. His genuine friendship, timeless charm, and love of candy made us all fall in love with him as quickly as Elliott did. His adventure captured our minds and taught us that there’s more to the journey than its destination because sometimes Home really is the friends we make along the way. E.T.’s magic touch is still enchanting audiences like it did in 1982 and finding new fans every day, and It’s no surprise. Because even after all these years when his heart glows, ours do too.