The Mandalorian: The Best Thing Since Blue Milk

The Mandalorian takes a dive into the franchise's wider galaxy and the people who live in it. 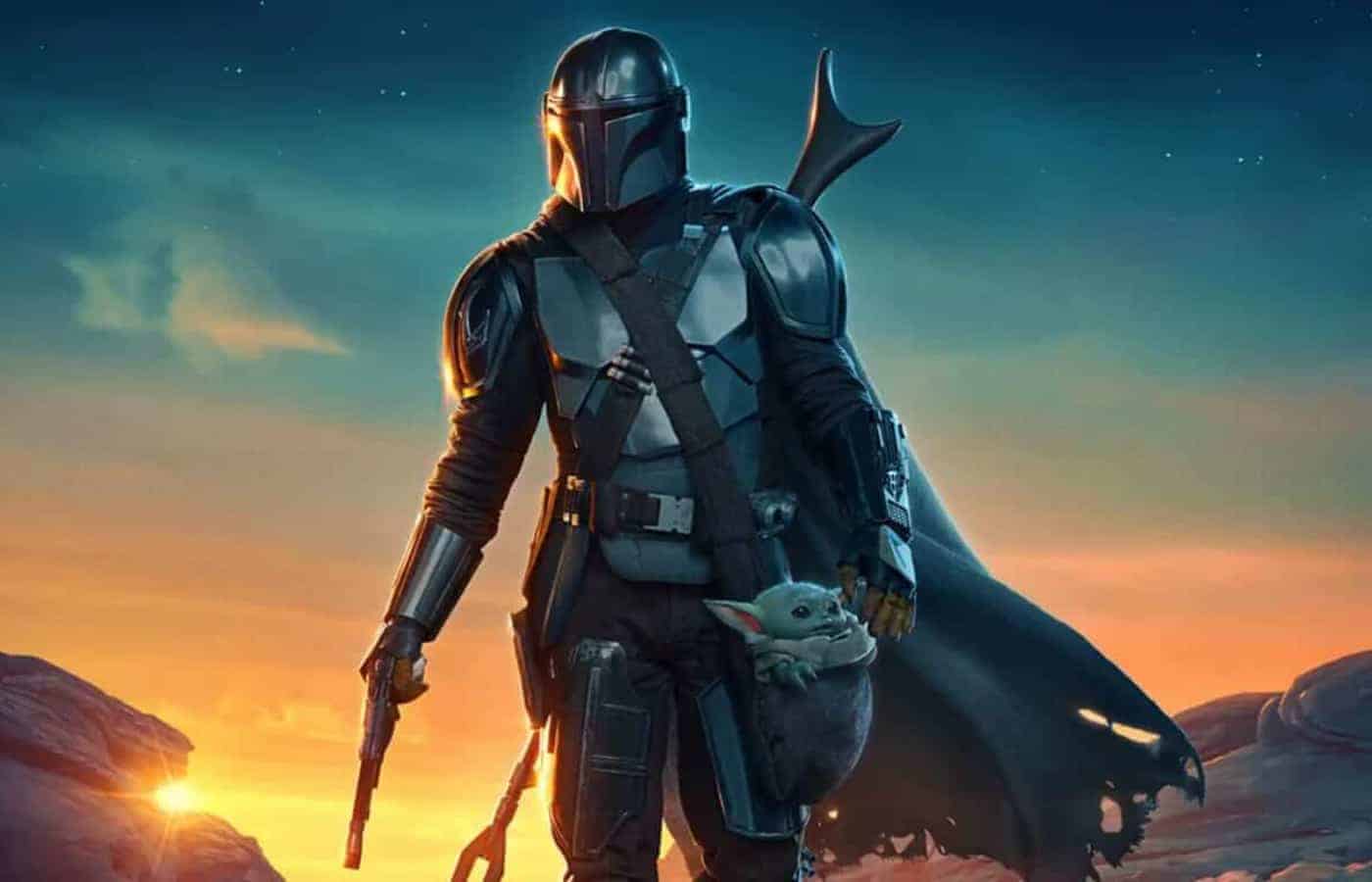 The Mandalorian Season One Review

At a time when Star Wars put a lot of focus on the Skywalkers, The Mandalorian takes a dive into the franchise’s wider galaxy and the people who live in it.

Since it premiered at DISNEY+‘s launch back in November of 2019, The Mandalorian has been turning heads.  The series follows our titular “Mando with No Name” on his journey across the stars, which begins with him bounty hunting to make a living. Thanks to the magic of character development, throughout the two seasons we watch him find a bigger meaning to it all. Here we’ll cover both seasons of The Mandalorian, as well as touch on several of the Star Wars films like The Rise of Skywalker and Rogue One: A Star Wars Story. So if you’re not caught up, fire up Disney+ (or hit up your favorite physical media shop) because this is where the fun begins.

The Mandalorian makes short work of examining the Star Wars universe in a new light. Taking a look at the very diverse world created by the different films, comics, books, and cartoons taking a step away from the big name heroes is a breath of fresh air. It gives creators a chance to flesh out locations and minor characters, making the Star Wars Galaxy feel a little bigger, just like The Clone Wars did with that era of the timeline. It also lets the team behind the show play with new types of characters, and use their viewpoints and backgrounds to look at events in the films in a new light.

A ‘Clone Wars’ For The Sequel Era

The Clone Wars series has shown that it re-vitalized the franchise. It brought a new light to a big portion of the story that, at the time, was very divisive. Until a couple years ago the Prequels were looked down on in a way not unlike how the Sequel films are now. Hindsight has been kind to the prequel films and its characters, with no small part thanks to The Clone Wars.  It’s much easier to sympathize and appreciate characters like Plo Koon or the Clone Troopers when you spend more than a couple of minutes with them.

The animated series would regularly pick up side characters who would only appear on film to build out the Jedi Council, and give them full story arcs and a chance to be more than seat fillers in crowd scenes. They did the same for several different planets as well, locations that the films would spend only a few minutes on for a cool visual, and turn them into bustling fully-realized worlds.

The Mandalorian is following in these footsteps. It has already drawn connections to The Rise of Skywalker‘s clone reveal by setting up the Imperial Cloning labs, so we may be getting more details on what the deal is with Palpatine or Snoke somewhere down the line. Not to mention it’s implied that Luke has already begun training the next generation of Jedi, and they’ve even thrown in a casual mention to Canto Bite – everybody’s favorite space casino. Clearly Jon Favreau and the team have no intentions of downplaying the latest installments in the franchise, though there’s a lot more geared toward the original films and the prequels.

It should come as  no surprise that The Mandalorian shares so much with The Clone Wars in this sense, considering Dave Filoni – one of the driving creative forces of the animated series – has also been working on the live-action space western.

Filoni is notably very well versed in all things Star Wars, which makes him great at bringing new aspects of the galaxy to life because not only does he know the franchise inside and out, he’s as big a fan as we are. When he worked on The Clone Wars, he had the opportunity to bring some of his favorite characters from the films into the spotlight there. Now, he’s been able to take it a step further and bring his own creations from the cartoon to a new playing field.

The Jump To Live-Action

This isn’t the first time one of Filoni’s characters made the jump, that belongs to Rogue One for Saw Gurrera (And of course Boba, gotta love the Holiday Special!); however, this time a pair of major players have crossed over: Bo-Katan and, two episodes later, Ahsoka Tano. Having these fan favorites jump could open the flood gates to more characters following suit down the line.

Disney is clearly on board since they immediately greenlit an Ahsoka spinoff which is just one of many Mando spawns – and for good reason. What really sets the show apart is the characters. By the halfway point of Season 2, the cast is now a brilliant blend of iconic legacy characters like Boba Fett, Luke, and Bo-Katan, on top of the diverse and unique characters that were created for the series. As amazing as it is to see the familiar faces, the new kids are welcome additions because they each have a unique point of view on the Star Wars and how they fit in the state of things.

The Mandalorian himself, Din Djarin makes a great focal point for the run because he opens the door to show both sides of the rebellion as well as the remnants of the empire. When we meet Djarin, he’s a cold and calculated Bounty Hunter on the fringes of the New Republic and off the Empire’s radar. His story begins when he finds Grogu, and his newfound mission has the Mando crossing paths with all sorts of folks on the way to take the baby Yoda home. Maybe even finding his own place in the world in the process.

Among the many people whose path crosses with the Mando is Cara Dune, a byproduct of the first Death Star. Dune was a rebel soldier, her home Alderaan was destroyed not too far into A New Hope. This is one of many moments where The Mandalorian turns the conventional story on its head.

In the movies we see what happens, but here we see the lasting effects of the war in which Luke and friends fought. It calls back much of Rogue One, and even a few brief moments in The Last Jedi where there’s a lot of emphasis put on the war of Star Wars. Not just the space wizards and their swords, but the cities and people who are affected.

We also meet IG-11, an assassin droid who turns out to be a pretty good babysitter. Through his few appearances the show plays with what it really is to be a droid. IG-11 changes, not because he learns or goes through an experience like any other character – he’s simply reprogrammed. Because he’s a droid. It’s a very grounded look at how things would be in a world where droids are so prevalent.

Then there’s Amy Sedaris‘ Peli Motto, the mechanic Mando meets on Tatooine. Peli Motto is a stand out not only because of Sedaris’ wonderful performance but because she’s just a casual everyman. She’s not a rebel spy, nor is she hiding kyber crystals in her shop. Not that we know of, anyway – maybe next season? For now, she just fixes up ships for credits.

Then there’s “The Armorer,” who serves as a great comparison to Din Djarin because at the start of the series they’re aligned in their creed – “This Is The Way.” But as Din develops and grows over the series, she stands as a comparison to show how far the Mando has come, and that’s the brilliance of the way the characters are written.

Din Djarin as the lead character sets the stage to introduce all these unique buddies for him and their stories. The best part is that these misfits tread the line of morality, they aren’t typical good guys or bad guys for the most part. They’re people, trying to handle the cards they’ve been dealt.

In Mando’s case, his reputation makes the New Republic weary of him, and his having Grogu puts him at odds with the remnant imperials, which makes for some great moments because you get a look at your heroes and villains in a new light.

A Certain Point Of View

Some of the greatest moments in The Mandalorian’s 2 season run come from twisting what we’re used to. Throughout Season 1, we follow Mando through fractured towns and villages either trying to rebuild after the fall of the empire, or trying to ward off the remaining imperial forces.

Season 2 goes a step further with Bill Burr‘s character, Mayfeld, who has a very matter-of-fact outlook on the war. He believes that the violence is damaging to everyone involved. Being a defected Trooper adds a deep layer to his character and brilliantly serves as a foil to Mando because he understands what it is to be a part of “something bigger,” similar to Mando’s cult-like upbringing.

Mayfeld is used to great effect to humanize the Stormtroopers, as his mission with Mando has them team up and features a Tie Fighter saving the day. Seeing the Stormtroopers celebrate victory is a big narrative change because until this point in the story, they’ve never had a reason to celebrate. Victory wasn’t significant to them until the Emperor died and his Empire fell. We now see the roles reversed, with the remnant troopers as the small rag-tag team trying to get their footing, not unlike the rebel alliance was back in A New Hope.

On the reverse, the series has also shown us X-Wing pilots acting much like police and even pulling Mando over for a “traffic stop” over a missing identification. Through Mando’s position in the galaxy and narrative, we also see our usual heroes as antagonists here. Again the script is flipped when Mando teams up with Tuskin Raiders. Seeing these factions from different perspectives go a long way to make the lived-in world of Star Wars feel more real.

The Mandalorian is something special. It has already done a lot to expand and add to the franchise in only 16 episodes.  On top of telling its own story and establishing so many characters and plot points, it’s done a lot to expand on what the movies introduced. But the new characters really stand out, and the best part is that now that they’ve been introduced, they have the chance to be on other shows, comics, or even films down the line.

For a while, there were fears that Star Wars was just as susceptible to ‘franchise fatigue’ as anything else. Maybe it’s lightning in a bottle, but with The Book of Boba Fett, The Ahsoka series, and about a dozen other shows spinning off from here, The Mandalorian‘s already forging its place in history and hopefully has a long journey ahead.