Exploring the deeper themes of Colossal (2016) and Attack of the 50 Foot Woman (1958) reveal a larger social stigma about monstrous women through the lens of gigantism. 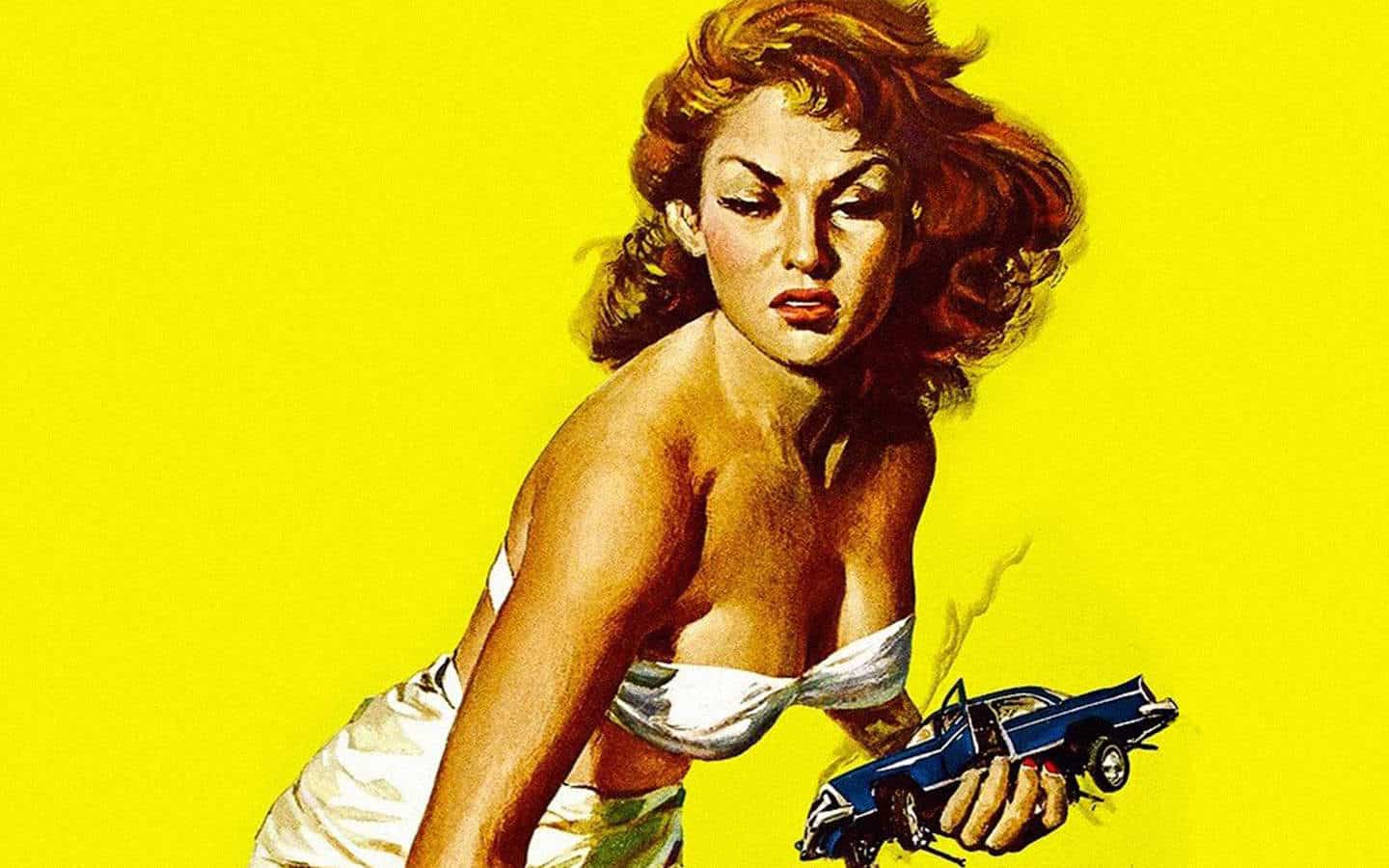 Attack of the 50 Foot Woman Explained

The giant in fairytales, pop culture, science fiction, and horror is one that’s typically shrouded in mystery. They are towering behemoths that oftentimes appear as gargantuan humans, but the how and why of their size oftentimes remains elusive. Two films within this genre are fascinating outliers because they explore an oft-overlooked person in society: the (giant) woman. Exploring the deeper themes of Colossal (2016) and Attack of the 50 Foot Woman (1958) reveal a larger social stigma about monstrous women through the lens of gigantism.

The creature genre was still considered a strong financial success in the 1950s and its reliance on monsters of mammoth sizes is still a highlight of the decade, with interesting puppetry and film technology in THEM! (1954) and Tarantula (1955). Massive bombardments of radiation were usually the catalyst for giant creatures or people films, which was greatly influenced by the lingering paranoia of the atomic bomb and the grim unknowns of nuclear testing. Where men had radiation-afflicted soldier stories in The Amazing Colossal Man (1957) and its sequel War of the Colossal Beast (1958) to look up to, women had an alien abduction-experimentation story in Attack of the 50 Foot Woman to squint up at.

Giant stories of the 1950s in the United States were similar in aesthetics but radically different in tone and societal messaging to the Kaiju stories of Japan. One nation was grappling with hundreds of thousands of people being killed by atomic energy and the other was trying to return to some sense of normalcy after having committed the heinous assault. Thus, the cinematic stories of the United States lack the depth and nuance of reverential masterpieces like Gojira (1954), and sadly once the decade had closed the crucial time for commentary and reeducation about the impact of World War II had shifted to new horror film territories grappling with racism and sexism. Before the decade ended Attack of the 50 Foot Woman debuted in American theaters to mixed reviews but succeeded in having one of the most iconic movie posters of all time.

The story by all accounts is very humdrum and the acting is situated in varying degrees of decent to cringe, but the experiences of its female character are frighteningly familiar for many women who have experienced gaslighting, partner infidelity, and for its time the rampant institutionalization of women in mental health facilities. The central female character is abducted by aliens—which is another narrative through-line of xenophobic America. film and television of the 1950s—experimented upon by said aliens and thereafter grows to incredible proportions.

The most memorable parts of the film are when she’s searching for her philandering husband throughout the city in a gigantic form with surprisingly minimal property damage (due to film-budget constraints or her being in complete control of her faculties) and only seeking revenge against her husband, his new girlfriend, and not the greater populace.

Like all ‘monster’ stories of this period, regardless of gender, death is the only option for the film’s conclusion; she’s coincidentally electrocuted by a power line transformer, husband clenched in a death- grip. This film is best remembered for its potential for giant-woman storytelling and not its execution.

Colossal however is a phenomenal blurring and blending of tropes within the horror science fiction genre that allowed its titular character to be flawed, struggle with sobriety, and adeptly learn to put herself first when it came to romance and healthy emotions. The elements of imperfect humanity and her unraveling caustic interpersonal relationship(s) throughout the film are even more intriguing if one has followed the career of its star Anne Hathaway who is oftentimes cast along a sliding scale proxy of soft to pretty.

A specific location from the main character’s childhood enables them to become gigantic in another part of the world with funny, educational, and horrifying consequences. Sadly, this is one film within the giant monster canon that has been relegated to cult status and remains one of the sleeper hits of the last decade.

The giant themes are a brilliant narrative device that explores the main character’s spiraling lack of control over their life and career, the snowball effect of a violently antagonistic childhood ‘friendship’, and most unexpectedly an exploration of the parallels of historic American imperialism through the exportation of an American Kaiju.

Attack of the 50 Foot Woman and Colossal are films that explore the particularities of womanhood—nestled within their respective decades—and the larger societal angst that emerges when women reclaim their power or embrace all of their ‘monstrous’ qualities. We’ve been ill-served as filmgoers by not having more stories about complex female (monster) characters and the giant woman genre is a creative starting point rife with clearly untapped potential.