The Northman (2022) Review: A Brutal Epic In The Purpose Of Fate 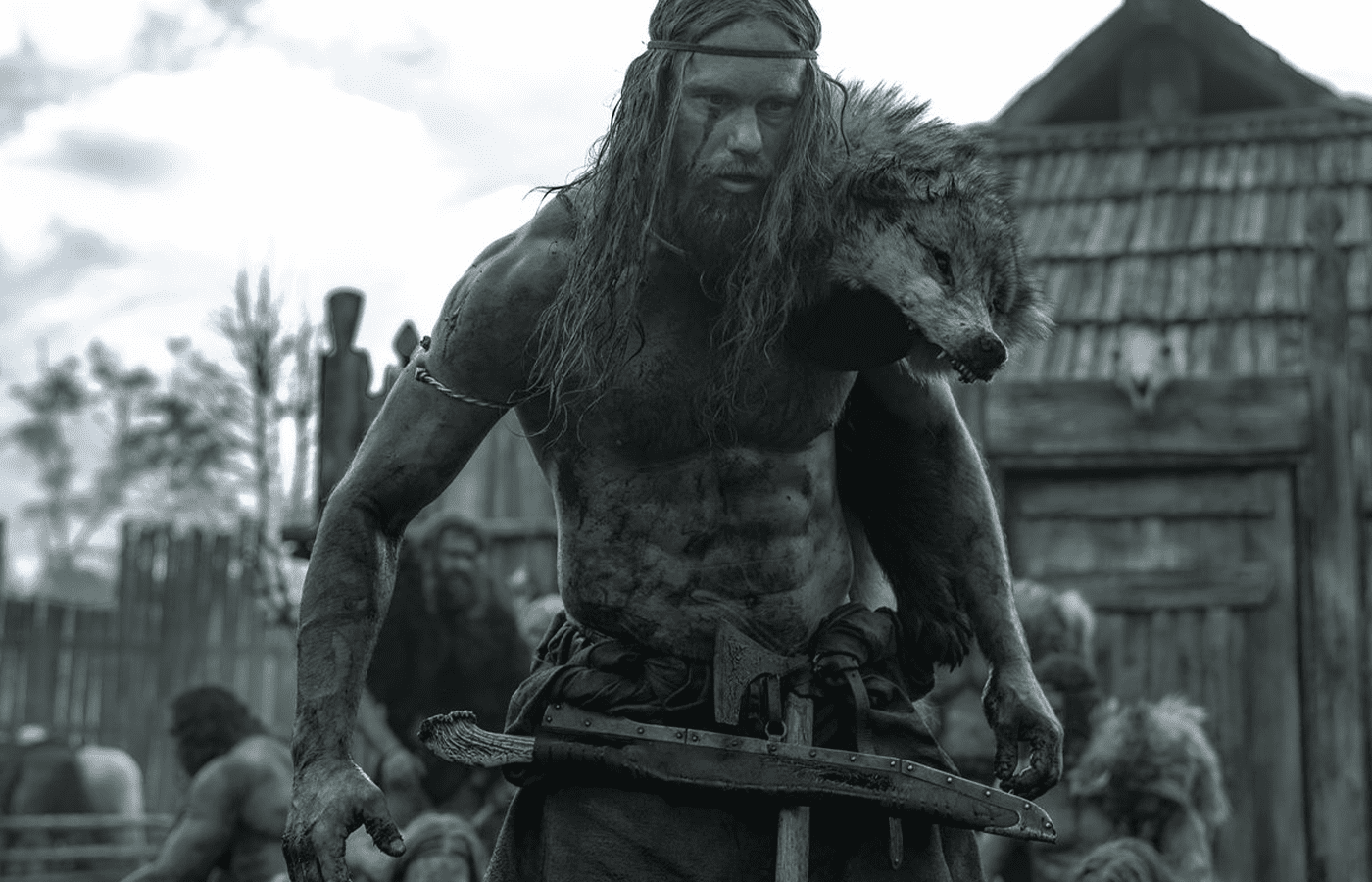 I would categorize some of the most beloved and memorable films of the 20th century into the epic genre. From works such as Ben-Hur to Cleopatra, these take on historical subjects and bring them to life with breathtaking wide shots and a cast of thousands! While there are still films being produced that could properly be called epic, they differ from those classic works.

The Northman, while displaying a roughness that would never be present in the average 20th-century epic, harkens back to those films with its scale and cinematography. While CGI can bring a movie to new, unimaginable heights, a film that uses the art of practical effects can help it stand out from its Hollywood contemporaries.

RELATED: The Lighthouse: Lovecraft At Its Roots

What Is The Northman About?

The story follows Amleth, a young Viking prince who must survive after his Uncle Fjolnir kills his father, King Auvrandill, and takes over the kingdom. Once he becomes an adult, he joins a group of berserkers that raids villages and enslaves or kills the people they have captured. However, after hearing rumors of his uncle retreating to Iceland after being defeated by another king, Amleth leaves his companions and starts his journey to confront his fate, as has been told to him since his innocent childhood days.

There have been many films that have come along and used revenge as the primary engine of the narrative. What makes The Northman stand out is the visual language used to tell of grander themes and historical details. Had the film been a straightforward revenge thriller, it could have been an exciting ride, but wouldn’t last long within the recesses of one’s mind. Thankfully, with a talented director like Robert Eggers helming the project, there is more to the film than simply the bare plot synopsis.

One angle that helps to differentiate this film from the standard epic is the portrayal of the characters and their moral compasses. Of course, epics have their galleries of despicable villains, but the characters here are all morally gray, making them more interesting to follow and question their goals. Amleth, for example, is admirable in swearing an oath to avenge his father, but it is how he attempts to reach these goals that become problematic. For most of the film, he doesn’t question his fate and whether it is worth dedicating his entire life to. It is with this mindset that he doesn’t much mind if he has to kill innocent people, even children, to confront his ultimate fate.

Things change when he encounters Olga, a mysterious woman who seems to have some connection with nature and the magical realm. Played with a simultaneous softness and aggression by Anya Taylor-Joy, she helps Amleth to get closer to his fate but also offers an alternative in which he can give up his life of violence and hate and instead live one in love and peace.

Claes Bang and Nicole Kidman turn in dignified yet haunting performances as Amleth’s uncle Fjolnir and mother Queen Gudrun. We can see Fjolnir through much of the film as a coward who cannot hold a comfortable position of royalty. When an enemy king takes over the stolen kingdom, Fjolnir, and his family, along with his dedicated followers, set up a new territory in Iceland. Here, while still possessing slaves, they do not differ from the poor farmers that would have lived in respect and fear of their power in their highest state.

RELATED: Repackaging Fear: “Elevated Horror” In The A24 Era

Kidman turns in a surprising performance as Queen Gudrun. She starts off quiet and not getting involved in the action, but ends up being as brutal and cunning as Fjolnir. Even though the fundamental conflict is between Amleth and Fjolnir, she gets involved in ways that are surprising but compelling. A character who blends with the background when in the presence of Aurvandill, she comes front and center in her relationship with Fjolnir.

The other standout performances come from Ethan Hawke, Bjork, and Willem Dafoe. Hawke plays King Aurvandill, Amleth’s father, and gives an impactful, yet brief, performance. It is no wonder why Amleth looks up to him so fondly. He is not only a powerful warrior but also kind to his people and shows him to be well respected by all. Seeing him die by the blade of his brother’s hand strikes the heart of young Amleth and the audience as this dignified king is defeated by his greedy brother. Like all the other characters in the film, however, there are aspects of the king that become troubling as they are revealed throughout the film.

Bjork and Dafoe play similar types of characters, but their portrayals are unique from one another. Dafoe plays Heimir the Fool, a seemingly insane man who ends up being important as the film progresses. His prophecies that impact young Amleth become materialized as the Viking prince continues his quest for revenge. Bjork plays the Seeress, whom Amleth encounters after a successful raid against a village. She appears in a damaged hut, her back turned to Amleth, but reveals herself once he enters the structure. She wears a crown of long grass and has her eyes covered with shells and beads, giving her an otherworldly presence. She also reminds him of his quest and gets Amleth to dedicate his life to the fate foretold to him by Heimir.

It is fascinating to note that Eggers is known for being more contained with his settings in his A24 work. His two previous films, The Witch and The Lighthouse took place in either a select few settings or, in the case of the latter, in one locale. In some way, the recent film The Tragedy of Macbeth by Joel Coen has a visual style that more closely emanates from Eggers’ first two films. Drifting gears from these smaller productions to a tale that spans countries and with a budget many times greater than these past two efforts combined, one might believe that Eggers’ eye for detail and characterization would get lost in the grand set pieces, but his presence is within each frame. The large budget does not glamorize the look of the film. In fact, it helps to show certain grim details that most large-budget films wouldn’t dwell on.

The story of The Northman may seem rather simple and generic: A young Viking boy witnesses his father being killed by his uncle for control of a kingdom and vows revenge. With that standard synopsis, the film is aiming to tell the same tale that has been told many times, but it is how Eggers develops the proceedings that truly give it its identity. Balancing the physical with the mythical, the film allows the viewers to interpret the themes within the frame of this grand epic.

Along with the classical film epics, there are many literary influences on the unfolding events. Shakespeare’s Hamlet is the most obvious because it shares the same beats. The true source for The Northman, however, is also the inspiration for Hamlet: that being the story of Amleth. The Northman is a more direct adaptation of the original tale than Hamlet was, giving it an ultimately different feel from Shakespeare’s tragedy.

Some other works that The Northman shares elements with include Beowulf, Macbeth, and Oedipus Rex. Whether conscious, these aspects stand out and complement the film with some serious and engaging storytelling.

Beowulf shares many beats with The Northman. The film has the adventure, battles, and the unseen threat of a greater power lying in wait to take control away from you, which all are in Beowulf and show how the text is so immortal in the history of literature. The conflict between Christianity and paganism is an under-appreciated aspect of both works. While it doesn’t impact the plots too much, it shows how the beliefs and the lifestyles of the people will drastically change within the next hundreds of years.

Shakespeare’s influence can be felt throughout this epic tragedy. Of course, Hamlet shares the foundational source of The Northman, but the dialogue and actions would not be foreign to one of Shakespeare’s many tragedies. Macbeth comes to mind with the character of Gudren. One may detect parallels between her and Lady Macbeth. With the recent adaptation of Macbeth mentioned earlier, there have been contemporary examples of women who break convention and can pull the strings behind the scenes.

One final literary presence is that of Oedipus Rex. In the film, Amleth and Gudren share an initially distant relationship. The boy seems more impressed by his father’s heroics. Once he is chased from his home, however, he immortalizes his mother in his vow. After they are reunited, instead of the warm embrace of a mother, he receives insults from her as she had wanted to move on from him. It all culminates in an encounter that has incestuous undertones, harkening back to Oedipus and its usage in psychoanalysis.

The film, while telling a rather simple story, used its visuals to flesh out the barbaric nature of the time. Instead of the polished epics of old where everyone looked to be ready for a photoshoot, the characters here are rugged and filthy. Morals do not apply when one is out for themselves. Robert Eggers has once again brought a brilliant vision to the screen and has cemented himself as one of the most creative directors working today.

It is a high recommendation from me, but not for the faint of heart. The violence is brutal and not even dogs or children are spared from a gruesome death. Otherwise, one will find a truly stunning epic that shows the power of film at the hands of people who use the medium to engage the imaginations of moviegoers.