The Politics of Time After Time

What could top the concept of science fiction writer H.G. Wells going to the future to hunt down famous serial killer Jack the Ripper? Nothing, that’s what. 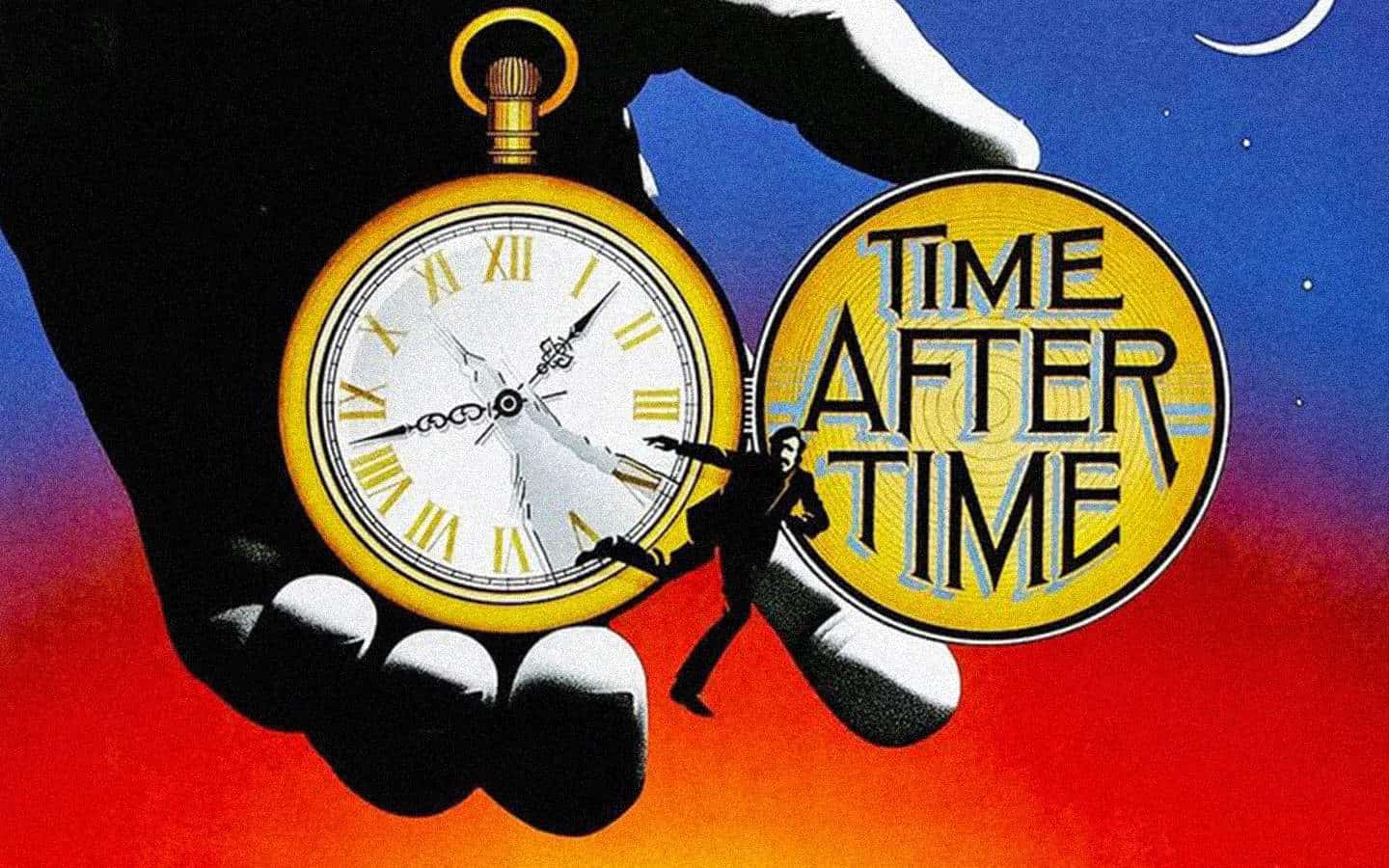 What could top the concept of science fiction writer H.G. Wells going to the future to hunt down famous serial killer Jack the Ripper? Nothing, that’s what.

Time After Time is an extremely interesting movie, especially considering there’s never been a movie made like it since. While it isn’t necessarily political at its core, with H.G. Wells as the protagonist, it’s hard not to make the comparison between the idealistic world that Wells dreamed of, and the seemingly horrific future he traveled to.

There’s a very interesting scene about halfway through the film where Wells catches up to Jack in a hotel. Jack sits Wells down in front of a T.V. and shows him all the horrific things that the future turned out to be. Flipping through the channels, he talks to Wells, saying…

On the contrary, Herbert, I belong here completely and utterly. I’m home. It’s you who do not belong here. You, with your absurd notions of a perfect and harmonious society. It’s drivel. The world has caught up with me and surpassed me. Ninety years ago, I was a freak. Today, I’m an amateur. You go back, Herbert. The future isn’t what you thought. It’s what I am.”

He was also very keen to improve the political climate of his day, specifically for the working class and for women. The conditions for these two classes of citizens were so bad that rich women who divorced (specifically because they were the only type of woman who could afford it) would lose custody of their children, and that poor men would sometimes sell their wives in the market as a substitute for divorce.

On the surface, Jack may have been right, and there were plenty of political happenings at the time that would support his theory of a damned world. The United States invaded Cambodia in 1970. As a direct result of the protests of the Cambodian invasion, National Guardsmen shot four student demonstrators at an antiwar rally at Kent State University in Ohio in what came to be known as the Kent State Shooting. Ten days later, police officers killed two black student protestors at Mississippi’s Jackson State University.

However, there were many good things happening as well. The gay rights movement, while only just getting its start, had a massive march in October of 1979. The environmental protection movement was also in its infancy, but it was bolstered by the reaction to the nuclear meltdown at 3 Mile Island, as well as the problem of toxic industrial waste in Love Canal, New York. This led to America celebrating the first Earth Day in 1970.

Women’s rights during these days, while not up to the standard they are today, were also much improved than how they were in the days of Wells. Women now had the right to vote in America with the ratification of the 19th Amendment in 1920. Beyond even the legal freedom now afforded to them, women we now more socially free as well. This fact is personified in by Mary Steenburgen’s character, Amy. She is an extremely free-spirited woman who can be soft spoken, but loud when she wants to be. She is very open with her feelings towards Herbert, which he doesn’t expect, considering the expectations of women from his time.

This is, again, in stark contrast to how Jack thinks of the world, and especially of a woman’s place in it. Jack spends the entire movie chasing down his victims, which, historically and in the movie, where all women, and kills them in the most gruesome ways possible. While the movie refrains from showing anything outright, it gives you just enough information to piece together what happened to the women. Jack sees the women as nothing more than objects, and he believes the future of 1979 agrees with him in that fact.

What Can We Learn of Time After Time Now?

There is much we can glean from the message of Time After Time that applies to our present time as well. Here in 2020, we are still dealing with injustices, although they are of a different type. While the movie doesn’t touch on race issues, I believe that much of what H.G. Wells strived for can be applied in the present day.

While I do not have any experience with the issues that people of color deal with, their problems are real. I used to think of “white privilege” as a derogatory term, but I’ve come to realize what the term means: white privilege doesn’t mean that my life isn’t hard, it just means that my skin color isn’t one of the things making it harder. I, as a white male, do not fear for my life when I step outside. Nor am I afraid when I get pulled over by a cop. But these are the realities of a person of color, and they are not right.

There have been more and more protests over the last few years of the many killings of people of color in police custody, and for good reason. These men and women are supposed to be innocent until proven guilty, and, in many cases, are innocent through and through, but they don’t get treated as such, and why? Because of the color of their skin.

Folks, I don’t want to grandstand. I am not the victim here. But I cannot simply sit back and watch the world go on like this. I am taking my stand, here, now, and showing my support for those people who have been under the boot of oppression, systemic or not, for too long. I am not a savior, nor do I want to be one, because I know that I am not supposed to be the face of this fight. But I will stand behind my black brothers and sisters to support them in any way possible.