The S Factor #1 is created by Samuel George London and Chris Panda. It is published by Action Lab Comics. 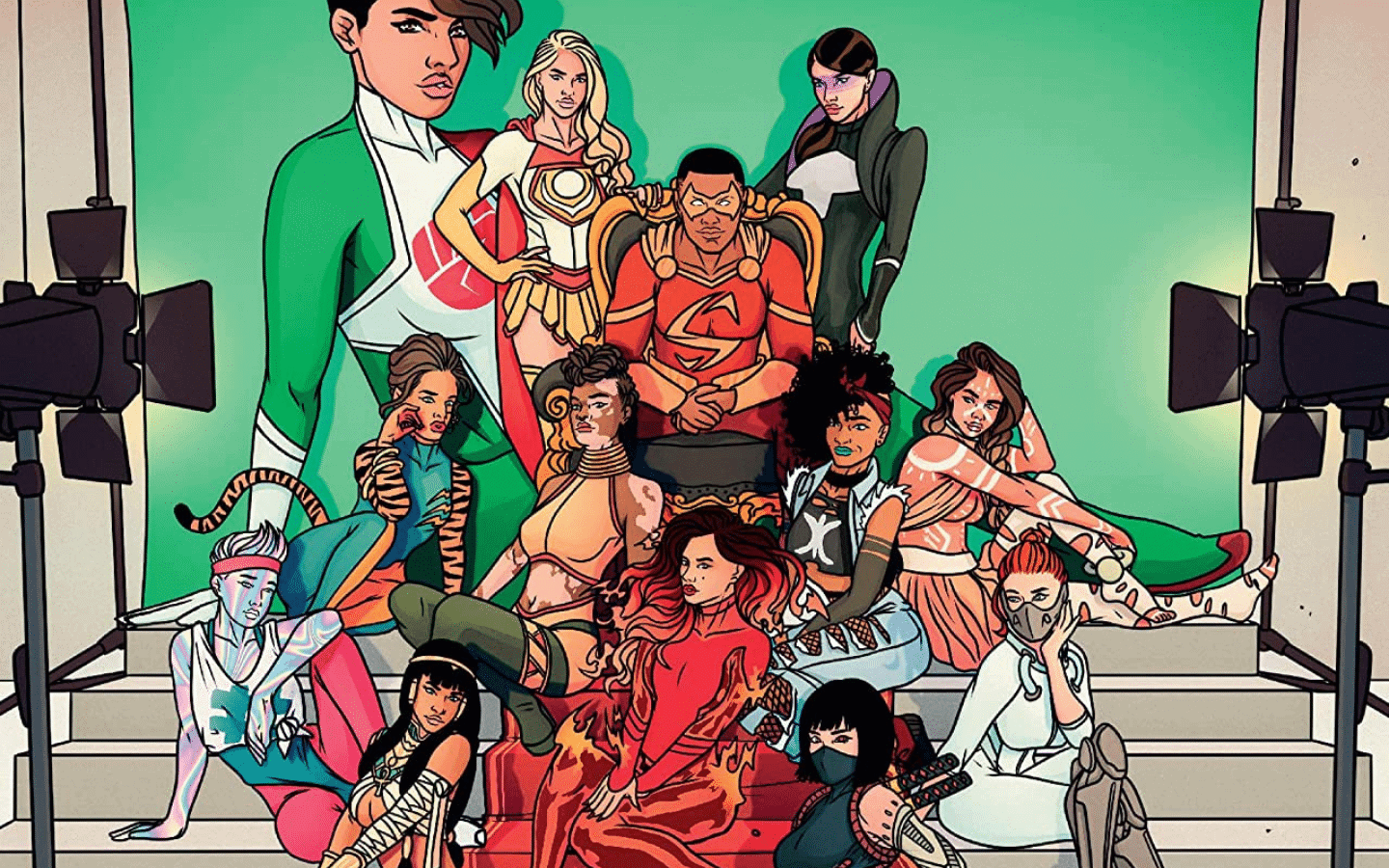 About The S Factor #1

The S Factor is a 4 issue mini-comic series written by Samuel George London. The artwork is done by Chris Panda. The series is edited by Nicole D’Andria. The S Factor is published by Action Lab Comics. Issue 1 was released on September 9th, 2020.

Greyfox is the sidekick of a superhero named Darkfox. Being the sidekick does not always give Greyfox the appreciation he feels he deserves. To put himself in the spotlight, Greyfox teams up with a television station. They start a program called The S Factor, a dating reality show where a dozen female superheroes must compete for Greyfox’s love.

Let me start off by saying that The Thespians are an awesome concept for comic book villains. I loved that they wear the comedy and tragedy masks that symbolize theater. They also put comedy and tragedy gags on their victims. This is the level of detail I have come to love from London and Panda. Though they were seen in a flashback, I hope that we get to see them more in the present day.

However, London and Panda take these factors and update them for modern times. We see the superheroes’ interactions with social media and most importantly, reality TV. The way we consume media has changed over the past few decades. It is awesome to see superheroes reacting to our modern society.

I also like how this issue plays with the idea of selfless vs selfish heroics. Darkfox and Greyfox have a great duality to their personalities. Greyfox wants the social benefits of being a superhero. On the other hand, Darkfox is a hero that purely wants to do what is right.

Like any great first issue, The S Factor #1 does an excellent job at setting up the story. I wouldn’t expect anything less from Samuel George London. I have been a huge fan of his comics for some time now.

I think The S Factor is an amazing concept for a comic series. I can’t wait to see what happens next! I would recommend The S Factor to anyone who loves offbeat superhero stories, such as The Watchmen or The Boys.

The S Factor #1 on Comixology