The S Factor #3 is created by Samuel George London and Chris Panda. It is published by Action Lab Comics. 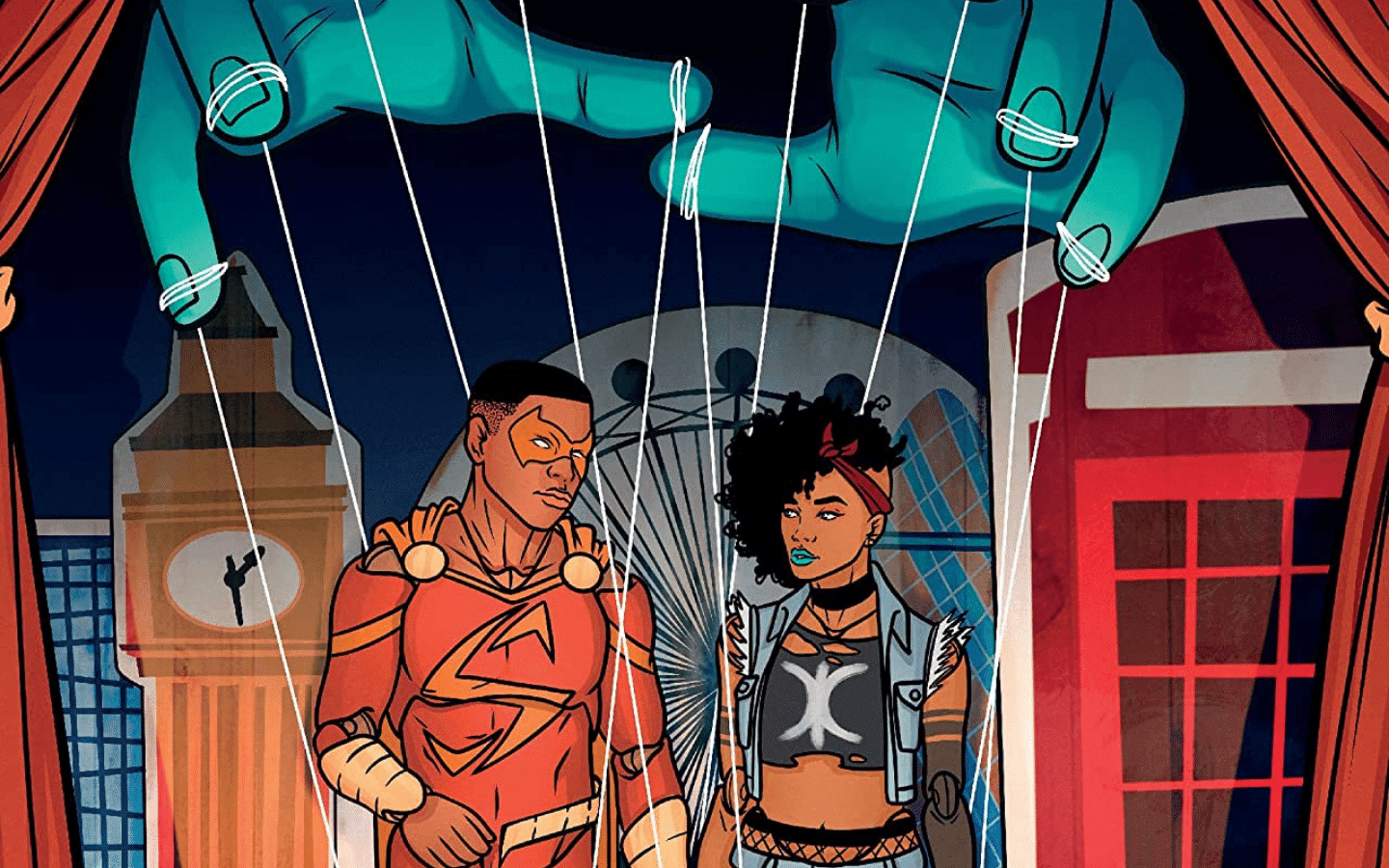 About The S Factor #3

The S Factor is a 4 issue mini-comic series written by Samuel George London. The artwork is done by Chris Panda. The series is edited by Nicole D’Andria. The S Factor is published by Action Lab Comics. Issue 3 was released on September 9th, 2020.

The S Factor television series is coming to a close! However, the action is just beginning for Greyfox and Darkfox.

If you are new to the series, you should start with our review of The S Factor #1!

This issue has my favorite cover art of the series. It depicts Greyfox and @sohopunkchick on a date. However, they are being manipulated as though they are marionette puppets. This is excellent imagery for this series as a whole. Much like reality television in our world, The S Factor is full of manipulation.

The S Factor #3 opens with a very Batman-esque scene between Darkfox and the local commissioner. While The S Factor has its own unique plot and personality, I like seeing that it pays homage to the classics.

We get to learn more about The Thespians in this issue! I knew they would make a comeback. Honestly, I would love to see these two have their own mini-series. I think their character design is phenomenal.

My favorite part of this issue was the montage of all of the contestants giving their finale remarks before the finally. I thought this was awesome how London and Panda were able to say so much about these women while only giving them each one panel and one sentence.

I won’t spoil it here, but the second half of this issue is where things really come together. We find out what is really going on with The S Factor. I must say, it was very surprising. Manipulation is the name of the game in this series, and I feel like we as the reader have been manipulated as well. I can’t wait to see what the final issue has in store!

The S Factor #3 on Comixology