Your only allies in Outlast are the dark and your trusty camcorder. 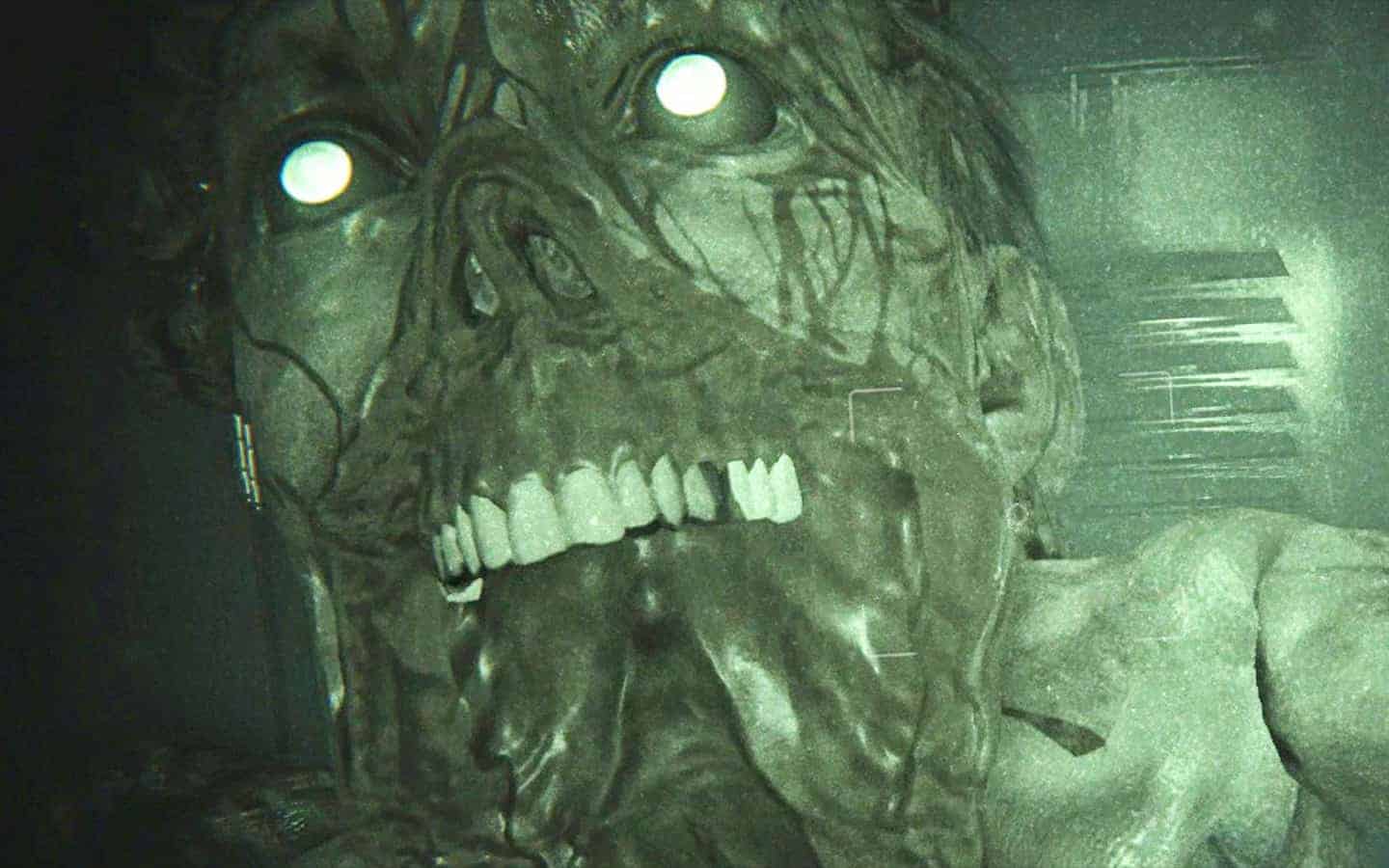 Your only allies in Outlast are the dark and your trusty camcorder.

Outlast is one of my favorite video games of all time, and as an avid consumer of the medium, I don’t say that lightly. The entire Outlast series has the distinction of being the only horror videogames on that list. They’re terrifying games and some of quite a few survival horror games that have come out in recent years that include zero combat whatsoever.

The Origin of Outlast

The development story of Outlast is a fascinating one, both due to the development of the game itself and what led up to it. Red Barrels, the company that developed Outlast, was founded by Philippe Morin,
David Chateauneuf and Hugo Dallaire in 2011. The three had a long history in game development, with the highlights being Chateauneuf’s work on Tom Clancy’s Splinter Cell, and Morin and Dallaire’s work on Prince of Persia: The Sands of Time, interesting because of Splinter Cell’s main mechanic being stealth and the big draw for the 3D Prince of Persia games is the high flying acrobatics (the movement in Outlast is based more on grounded parkour, but I thought the correlation was interesting
nonetheless).

The three wanted to develop an original IP based on an idea by Dallaire, but EA canceled the project, so they left their jobs in January of 2011. A sign of how things would go for the game’s development is the team’s initial timeline for working out a pitch, creating a trailer, and getting a publishing deal. While they figured the process would take four months in total, it would be eighteen months before they finally accomplished those goals.
The newly assembled team needed to figure out what their new game was all about.

They soon figured out they all wanted to make a horror game, and, Chateauneuf (who is, according to Morin, a gigantic horror fan) suggested that the team take inspiration from the short viral video “Rubber Johnny”. The video consists of what I can only describe as some sort of alien baby being filmed by some British guy and a really grainy camera equipped with night vision. My description doesn’t do the video justice, so to get the full effect, you should probably watch it yourself.

With their core inspiration at hand, they now had to figure out how their game would work. Their first question was about the combat of the game, or, as it would turn out, the lack thereof. The team toyed around with traditional combat with limited ammo, akin to the Resident Evil games, but decided to nix that to create a more focused experience.

Next, the team needed to figure out who would be using the night vision in the game. Having done away with the idea of combat, they decided to stay away from any law enforcement types. Found footage movies were very popular during this phase of development, so the team decided that their main character would use a camcorder.

Then came the question of who the main character would be. After coming up with the idea of an asylum as the setting for the game, the team decided that a reporter would be the perfect fit for their game, as they usually have no combat skills, and there would be a good reason for the existence of the camcorder, that being the investigation that is the inciting incident of the game.

Speaking of the investigation, the team now needed something to investigate, and, more importantly, a reason for the reporter to keep the camera rolling when all he wanted to do was to escape. The team decided
to make the investigation the secondary motive of the game, and not force it on those players that just wanted to make it out alive.

As for the actual content of the investigation, the team decided that patient experimentation was the direction they would take, focusing specifically on morphogenesis (in developmental biology, morphogenesis is the generation of tissue organization and shape in animal and plant embryos), dream therapy, and bio-technologies to create nano-bots.

With these ideas in mind, the team created a faux gameplay trailer, put together a presentation and design documents, and set out to find their publishing deal. In their search for a publishing deal, the team learned of the Canada Media Fund, which would be able to front $1 million if the project was approved. There was just one issue: they needed a distribution deal.

At the time of their first submission, they only had a letter of interest from Sony’s Pub Fund program, but they decided to submit it anyway. The team finally got their answer just before Christmas of 2011, but, unfortunately, they were rejected. In an article describing the arduous development process, Morin says that this was the team’s “lowest point”. It had been nearly a full year since they quit their jobs, and in that time they’d had no salary, no publishers, and no money.

They were considering going back to one of the big studios, but they decided to wait to see why they had been rejected. The CMF finally got back to them in early January 2012. They loved the project, but couldn’t back it due to the lack of a distributor and the lack of a solid financial foundation for the project. The team now had to decide if they could afford to wait for the next scheduled submission period in April and the results around three months later.

After much thought, they decided they would. After using most of their savings, maxing out credit cards, mortgaging their homes, and asking their family members for investments, they raised $360,000, enough to ask the CMF for the $1 million they were hoping for. They got their distribution deal from Valve, who loved their playable trailer and took mere days to get back to them.

They worked out deals with a few third parties for future revenue shares for their work, and they resubmitted the pitch to the CMF. In June 2012, the verdict came back: they were funded! This, however, turned out to be the first step of many. After hiring a small team, they began work on the game, specifically the vertical slice they would be using to playtest and show off the game.

Work on the vertical slice was promising but wasn’t progressing nearly as fast as they would like. After hiring two more animators, an environment artist, and moving around some story elements, they finally showed their work to a reporter, who reacted exactly as they’d hoped. They soon showed off the game at PAX East, to even better results.

At no point in the game do you even have a chance to pick up a weapon, as much as you might try to, or scream at the game that you should be able
to. Your only allies in Outlast are the dark and your trusty camcorder.
Your main objective in any horror game is to make it out of whatever situation you find yourself alive.

All throughout Outlast, you’re dodging danger left and right, sometimes narrowly missing being grabbed by whatever foe is chasing you. The only place you’re safe is in the dark, and even then, that’s only because of the night vision your camcorder is equipped with. The game toys with the emotional attachment you grow to have with your camcorder by suddenly taking it away from you about halfway through the game, albeit for a relatively short amount of time. During this entire situation, you run
headlong into the dark, not able to see what might be lurking right around the corner.

You’re always one false move away from death, and the darkness is no longer your ally. That is until you finally reunite with your camera. You breathe a sigh of relief, finally able to trust the dark again. But can you really?