What Does the WandaVision Finale Mean For The Future of The MCU?

After nine emotional episodes, where does the WandaVision finale take us next in the MCU? 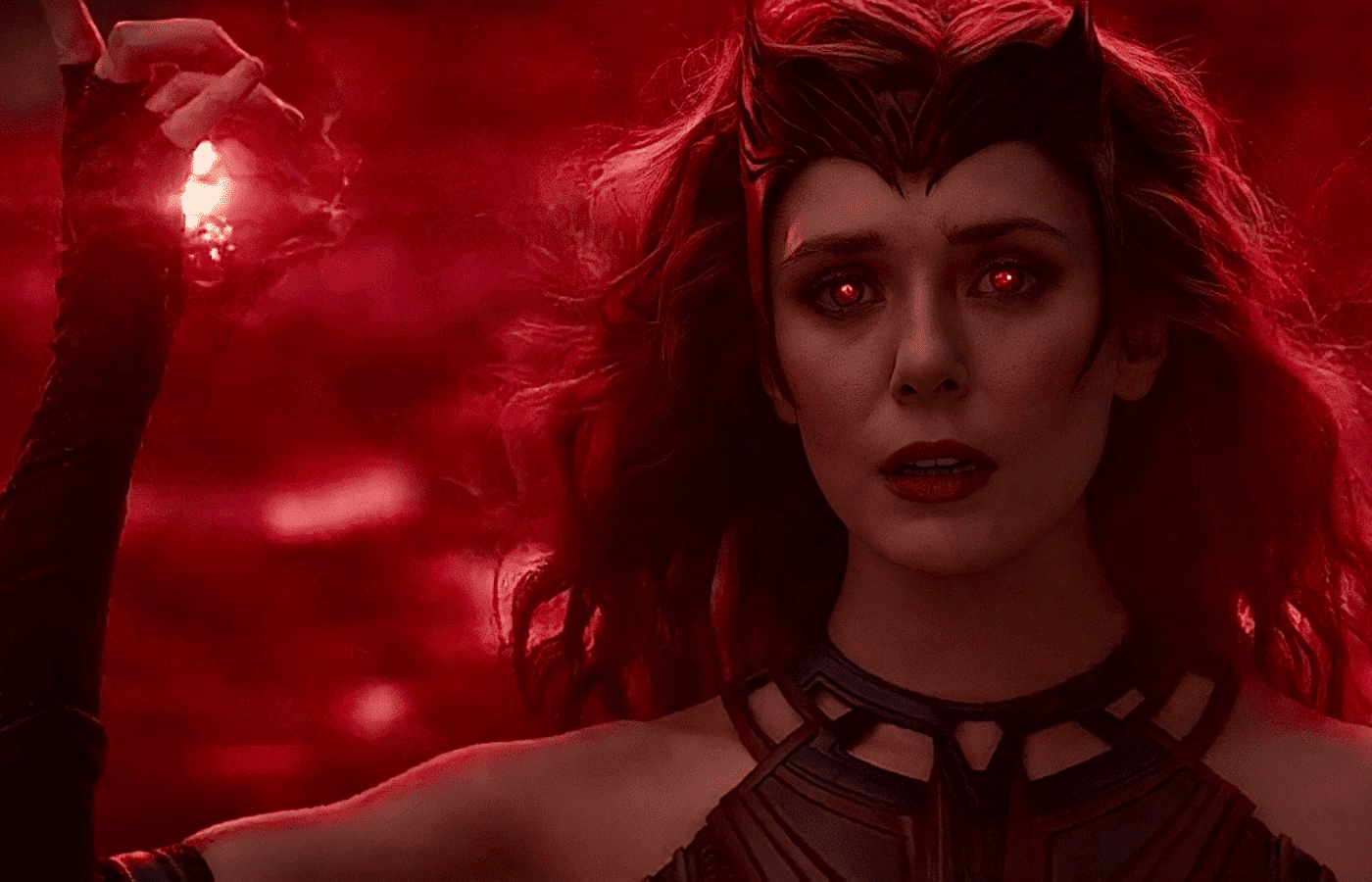 After nine emotional episodes, where does the WandaVision finale take us next in the MCU?

So how was that WandaVision finale? After weeks of speculation, reveals, and overall fan excitement, we finally got to the conclusion of the first MCU (Marvel Cinematic Universe) series on Disney+. While there aren’t any X-Men or Fantastic Four characters dropped into the series, the WandaVision finale’s focus on its title characters Wanda Maximoff (Elizabeth Olsen) and The Vision (Paul Bettany) still gave the MCU many possibilities of some crazy stuff for us to see going into phase four and onwards.

So one of the big fights in the finale is Wanda’s Vision versus SWORD’s White Vision. But as is expected with these two, the duel’s climax is a battle of philosophies. Wanda’s Vision (let’s go with calling him that) asks White Vision the philosophical question of The Ship of Theseus. Essentially both come to the conclusion that neither of them are the real Vision, but that they are the real Vision at the same time.

Wanda’s Vision (who we now know is made from the fragment of the Mind Stone’s power that awakened Wanda’s powers) used his abilities to reawaken White Vision’s memories and in turn, White Vision seemingly has his emotions returned as the era of “White Vision” in the comics is when the character was essentially an emotionless machine. The scene ends with White Vision stating “I am The Vision” flying off and never being seen again for the rest of the finale.

So with Wanda’s Vision now dissipated after she freed Westview, we still have another Vision flying around. This could mean we’ll either see him pop up in other Marvel movies/shows… or could this mean WandaVision will be getting a second season? There’s also the reveal that Wanda’s Vision is made from the Mind Stone’s power, so Wanda could use her newfound magic to finally get her wish of having the love of her life fully restored.

One of the breakout characters of WandaVision is Teyonah Parris as Monica Rambeau. Throughout the series, she was trying to find the reasoning behind the ‘HEX’ that surrounded Westview and tried to help Wanda against SWORD and its director/secondary antagonist Tyler Hayward (Josh Stamberg). During the series, Monica’s body was mutated by Wanda’s energy barrier and in the process developed energy manipulation and other similar superpowers in a way akin to how her late mother’s friend Captain Marvel (Brie Larson) gained her powers from the Space Stone in the events of Captain Marvel.

In the mid-credit scene of the finale, Monica meets with a SWORD agent who turns out to be an alien Skrull in disguise. The Skrull says a “friend” of her mother wants to meet with her and when Monica asks “Where?” the Skrull simply points upwards.

This isn’t the first time we’ve seen Skrulls impersonate special agents: In Spider-Man: Far From Home’s post-credit scene, it was revealed that Nick Fury and Maria Hill on Earth are actually Talos (Ben Mendelsohn) and his wife Soren (Sharon Blynn) taking their place, as it seems Nick Fury and (presumedly) Maria Hill are in space working with the Skrulls.

This mid-credits scene seems to be a set-up for Monica to fully embrace her comic counterpart’s hero moniker of Photon as well as to set her up to either appear in the upcoming Captain Marvel 2 or the upcoming Disney+ series Secret Invasion, which will see Samuel L. Jackon returning as Nick Fury.

The Multiverse of Madness

So we now know that not only has Wanda been using magic this entire time (specifically chaos magic), but that she has embraced her destined persona as the Scarlet Witch. According to series antagonist Agatha Harkness (Kathryn Hahn), the Scarlet Witch is said to be a magic-user on par with – if not greater than – the Sorcerer Supreme. That would mean it’s inevitable for Wanda to cross paths with the current Sorcerer Supreme: Doctor Stephen Strange (Benedict Cumberbatch)

The MCU spearhead Kevin Fiege has confirmed that not only will WandaVision lead into the upcoming Doctor Strange sequel Doctor Strange in the Multiverse of Madness, but Olsen herself will have a major role in the film. This is made VERY apparent in the post-credit scene where we see that Wanda has made a cabin for herself and is astral projecting to research her power in the mystical book The Darkhold. The scene ends where Wanda hears her sons cry for help (though we assumed they disappeared when the HEX dissipated) and Wanda immediately takes off for them.

For those unaware, The Darkhold is essentially Marvel’s equivalent of the Necronomicon seen in the works of H.P. Lovecraft’s Cthulhu mythos. It’s full of dark spells and forbidden knowledge to summon many eldritch horrors and open portals to other worlds – essentially everything that man isn’t meant to explore. So it seems Wanda is the catalyst for the titular ‘Multiverse of Madness’.

With Wanda hearing her sons’ cries, it looks like they didn’t “die” but are probably trapped in some other dimension and Wanda is going through the multiverse to find them, most likely garnering the attention of something horrific enough to bring in Doctor Strange. Plus, Strange would definitely wanna have some words with Wanda as her shenanigans in Westview might’ve already started a domino effect she never realized.

In the comics, Wanda has garnered the attention of several interdimensional horrors such as the devil of the Marvel Universe himself: Mephisto. Though it’s unlikely we’ll be seeing Mephisto just yet in the MCU, there are several details in WandaVision that could tease the big bad of Multiverse of Madness.

First is the villain Nightmare, teased by former director Scott Derrickson. In the Marvel comics, Nightmare is the ruler of the Nightmare realm and is a frequent villain of Doctor Strange – think of him as Marvel’s Freddy Krueger. Nightmare is an easy villain to pull off, as he’s a classic fear-based villain and with Wanda using her own mind games, she’s probably easy prey for him. However, with Derrickson leaving the film, Nightmare’s possible appearance is now dubious.

Another possible villain for Multiverse of Madness is the elder god Chthon. Chthon is heavily tied to The Darkhold, as the book is one of the main ways to summon him into our world as seen throughout the comics. The most notable example of this can be found in Gerry Conway’s Carnage series. Chthon is basically Marvel’s Cthuhlu and is the elder “God of Chaos” (we’ll get to that later) who has come face to face with Doctor Strange. With Multiverse of Madness seemingly taking the cosmic horror route, Chthon is a no-brainer villain to be set up via The Darkhold and with horror master Sam Raimi now helming the film.

Lastly, one final villain that could’ve been set up from WandaVision is the fan-favorite ruler of the Chaos Dimension, Shuma-Gorath. Ever since his appearances in many Marvel vs. Capcom video games, fans have been wanting to see the one-eyed eldritch horror make an appearance in the MCU. In the comics, Shuma-Gorath is a very powerful eldritch god who rules over many realms, including the Chaos Dimension, thus giving him the title of “Lord of Chaos.”

In WandaVision, Agatha explains Wanda is utilizing chaos magic and, as such,  someone as powerful as her is going to gain the attention of the ruler of chaos himself. Shuma-Gorath is another classic Doctor Strange villain and with his creepy yet bizarre appearance, he is ripe for Sam Raimi to have some horrific fun.

The Magic of the MCU

So while we’re sad to see WandaVision end, it was an amazing series and is easily one of the best things to come out of the MCU since the likes of Black Panther and Daredevil. Here’s to hoping the other Disney+ Marvel series are just as good!

The entirety of WandaVision is available exclusively on Disney+