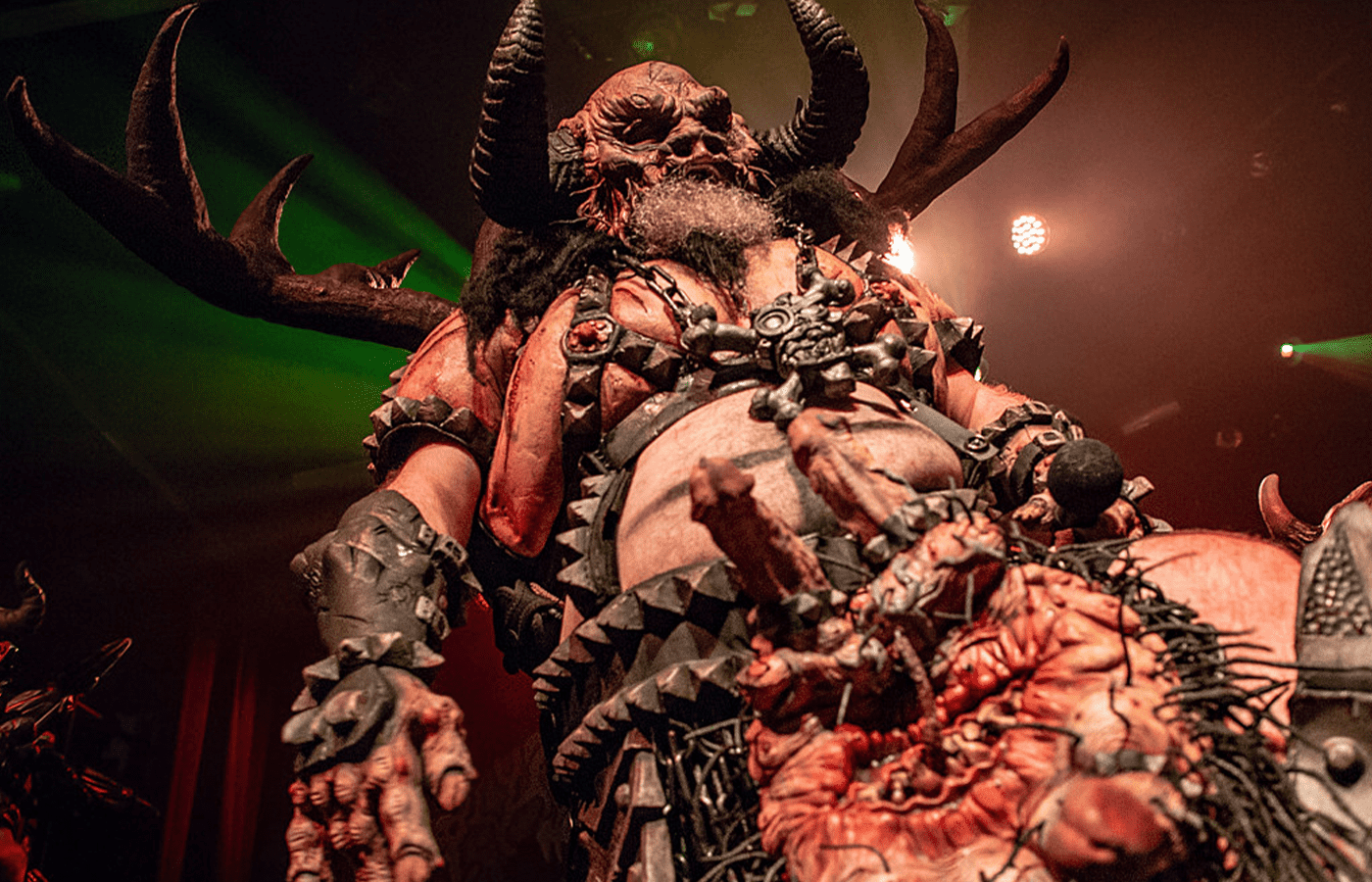 ‘This Is Gwar’ Review

Since it was first launched by AMC networks in 2015, Shudder has created a central hub for fans of horror, sci-fi, cult, and obscure genre films. They have titles you are well aware of if you’re just a casual fan of the genre and they also have content that is hard to find these days. In recent years, Shudder has begun to do what the big names in the streaming wars have been doing for some time, acquiring content from major film festivals and putting it on their service as an original or exclusive film or television show. The most recent acquisition dropped last week. The documentary is about the biggest heavy metal/art collective monster band in the universe, ‘Gwar‘.

This is Gwar is directed by Scott Barber who is also known for the doc about Nickelodeon, The Orange Years. The film hits the rewind button and takes you back to the early days of the group in the mid-eighties. It’s hard to believe a band like Gwar began in a place like Richmond, Virginia. A state that was once the home to the confederacy during the civil war. The doc tells about how Gwar grew from the punk scene that developed in Richmond that was created by rebellious students of Virginia Commonwealth University. The band was a blend of two minds.

Hunter Jackson and Dave Brockie. Hunter, being an art student on campus who did not fit in with the conservative outlook of the teachings and overall environment, sought to make outlandish, over-the-top, sci-fi films with his costumes and make-up effects he created. Dave brought on the music element to the group as he had played in multiple punk rock bands. The fusing of those two worlds, as well as many other ideas, to implement into this collective, thus you have, Gwar.

Throughout the late eighties and into the nineties, Gwar caught a massive cult following during their tours, dressed up as out-of-this-world alien, demon-like beings that would perform their brand of music and spray the audience with fake blood and other pretend bodily fluids. Their shows were more than a band performing, it was a spectacle. They kept themselves in character throughout the ever-changing members. Even when they received a nomination at the thirty-fifth annual Grammys they were told not to show up in costume but disobeyed.

What’s interesting about this documentary is the archival footage of the band behind the scenes. If you have been a follower of Gwar, or even just aware of them. You know that they never break character when a camera is on them or when they are performing. Just seeing Dave Brockie behind the scenes as himself on a tour bus playing Dungeons and Dragons would leave you enthralled that he was just like most of the group’s followers. Although we see archival footage in pretty much any documentary, seeing Gwar behind the scenes, not in makeup, is what separates this from others.

They were a theater company if you think about it, and they went on stage and performed their concerts like a play. The fan base has never really been able to see all this before. The film reminds you that, yes, there were humans behind these larger-than-life alien costumes. Humans with everyday problems like we all have, this feels more evident then when we reach the part of the film where Dave Brockie’s substance abuse becomes known by the group. Seeing them through grainy VHS archival footage only adds more to the legend of the band.

What also works as a great touch to the film is knowing where the inspirations for Gwar came from. The band’s co-founder, Hunter Jackson was big on science fiction novels, comics, horror films, and anything that was considered schlock. Through behind-the-scenes footage we see his team of college misfits crafting rubber suits and makeup effects that would down the road become what we would see on stage at a Gwar show. Seeing something like that, and adding in the storyline of the rise, fall, and rise again of this collective of artists is why this film is a real treat for fans of Gwar and even filmgoers alike.

RELATED: Clown Core: Everything You Need To Know

The doc also captures really well how Gwar catapulted into the mainstream in the early nineties. MTV didn’t really get them so they wouldn’t play their music. But Mike Judge, creator of Beavis and Butthead did. So he found a way around it by having Beavis and Butthead watch their music videos on the show’s segment where the two teen cartoon characters were on their couch watching MTV. Once Gwar’s music videos appeared there, they caught on like wildfire. Appearing in cartoons, video games, Jerry Springer, and Joan Rivers’ daytime talk show. They even received funding to produce their own galactic, art-house sci-fi films that were released to video.

Like most documentaries about music groups, there’s the formula of “the rise and fall” of a band. This is Gwar has elements of that but never fully goes there. The film does cover the tensions that would rise between Dave Brockie and Hunter Jackson as the band got more and more notoriety. Members would come and go a lot throughout their almost forty years of being around. The film does more of an honest fan service to those who admire Gwar. It gives them sides of all the conflicts going on within the group during the late nineties and the new millennium.

Never before seen archival footage of the band in their early days, and has a touching tribute to Brockie who passed away in 2014. What becomes apparent by the time the end credits roll is despite there being major splits in the group and the loss of a lead singer is that Gwar needed to continue and has. The band had become a family, full of close to a hundred members that had come, left, and returned and has continued to tour all over the world. It also needs to be mentioned that Shudder acquiring a film like this says a lot about their growth over the years.

Documentaries or docuseries on the service used to be older films or have a microbudget feel to them. Since 2020 they have brought on things like Cursed Films, a series about movies that have had tragedy tied to their legacy. Leap of Faith, a sit-down interview with William Friedkin about the making of The Exorcist, and Scream Queen! A documentary about the fallout from Nightmare on Elm Street 2 and how it affected the life of actor Mark Patton. It’s clear that Shudder bringing films like those and This is Gwar shows they are more than just the Netflix of horror. They are trying to serve every genre fan out there from all different backgrounds and interests.