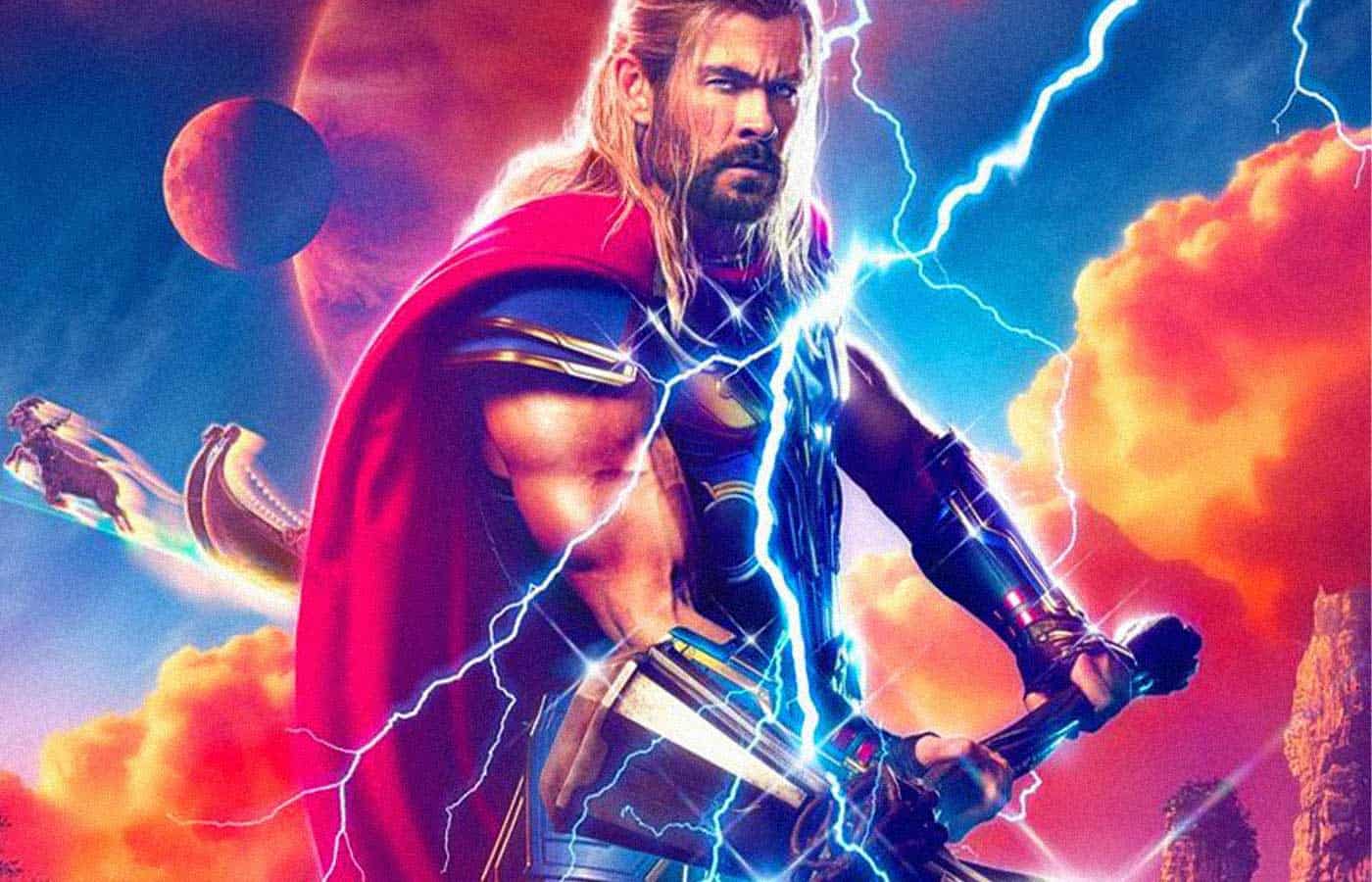 There is a beauty in comic book lore that comes from mixing traditional tales of heroes with modern-day dilemmas and scenarios. A character that Marvel brought into that arena is Thor, the god of thunder! In Thor: Love and Thunder, however, we are shown that even the most powerful of the gods are not beyond death.

Thor: Love and Thunder explores Thor’s life after battling Hella and being a part of the Guardians of the Galaxy. On the romantic side of this, it shows us how he has been without his mortal lover, Jane. Thor: Love and Thunder is one hour and fifty-eight minutes and is rated PG-13. It was directed by Taika Waititi, the story was written by Taika Waititi, and based on Marvel comics by Jennifer Kaytin Robinson, and Stan Lee, it stars Chris Hemsworth, Natalie Portman, Christian Bale, and a slew of others.

A Cloudy Past And An Overcast Present

What we’ve seen thus far is that Thor’s journey is anything but calm waters. Thor: Love and Thunder allows a small reflection on this but also emphasizes that a storm gets worse before the calm. After helping a people with their planet, Thor must disengage from being crewed with the Guardians of the Galaxy and return to Earth and Asgard to tend to matters at home.

Running parallel to this is the story of Gorr and his daughter. Gorr is very evidently struggling while remaining faithful. He eventually runs into a god of his faith that mocks him, which forces Gorr to take a different approach and find a new life path, neither of which is hope nor cheer.

Thor eventually hears about Gorr and his crusades against the gods of other places and must join his motley crew to put an end to the madness. Little does he know he’ll be running back into Jane forcing him to remember what they had and trying not to let that rule over his thoughts.

Can Thor stop Gorr before all of the gods are laid to rest? Can Thor and Jane find a way to work things out and get back together? Is Korg ready to become the main hero that Marvel needed?

Even The Eye Of The Storm Looks Angry

In reviewing Thor: Love and Thunder. I am attempting not to spoil anything that happens. My thoughts on it are the Thor character development is pretty terrific. Because it is a Taika Waititi Marvel movie there are more points of humor, some are great and some are eh, so I find it balances out.

The great about the movie: The villain and the romance. These two items alone are worth their weight in playtime for this movie. The villain Gorr, played by Christian Bale, really shows us that perhaps the ideas he had, weren’t based on evil but eventually spilled into that area. The romance is so good because it really lets us know that with time being finite, we need to jump in and hope that the person we have that love for, jumps in just as deep with us.

The bland about the movie: Fight Choreography and humor. Perhaps the fight choreography doesn’t necessarily need to be flashy and bold, but it feels like that should be a focus when gods are having battles that can destroy entire planets. The humor again does some things that are great but there are several things that bring it down, including a figure of the past making a mockery of a modern-day workplace’s workflow. Another bland that I won’t go too far into is the post-credits scene/future direction.

All in all, I’d say the movie’s “greats” outweigh its “Bads” and it is definitely worth seeing. I’d be fine enough to give this movie a 7.5 out of 10.

Have you seen Thor: Love and Thunder?

Do you agree with our review and was there anything we missed (without spoilers)? Let us know on social media!