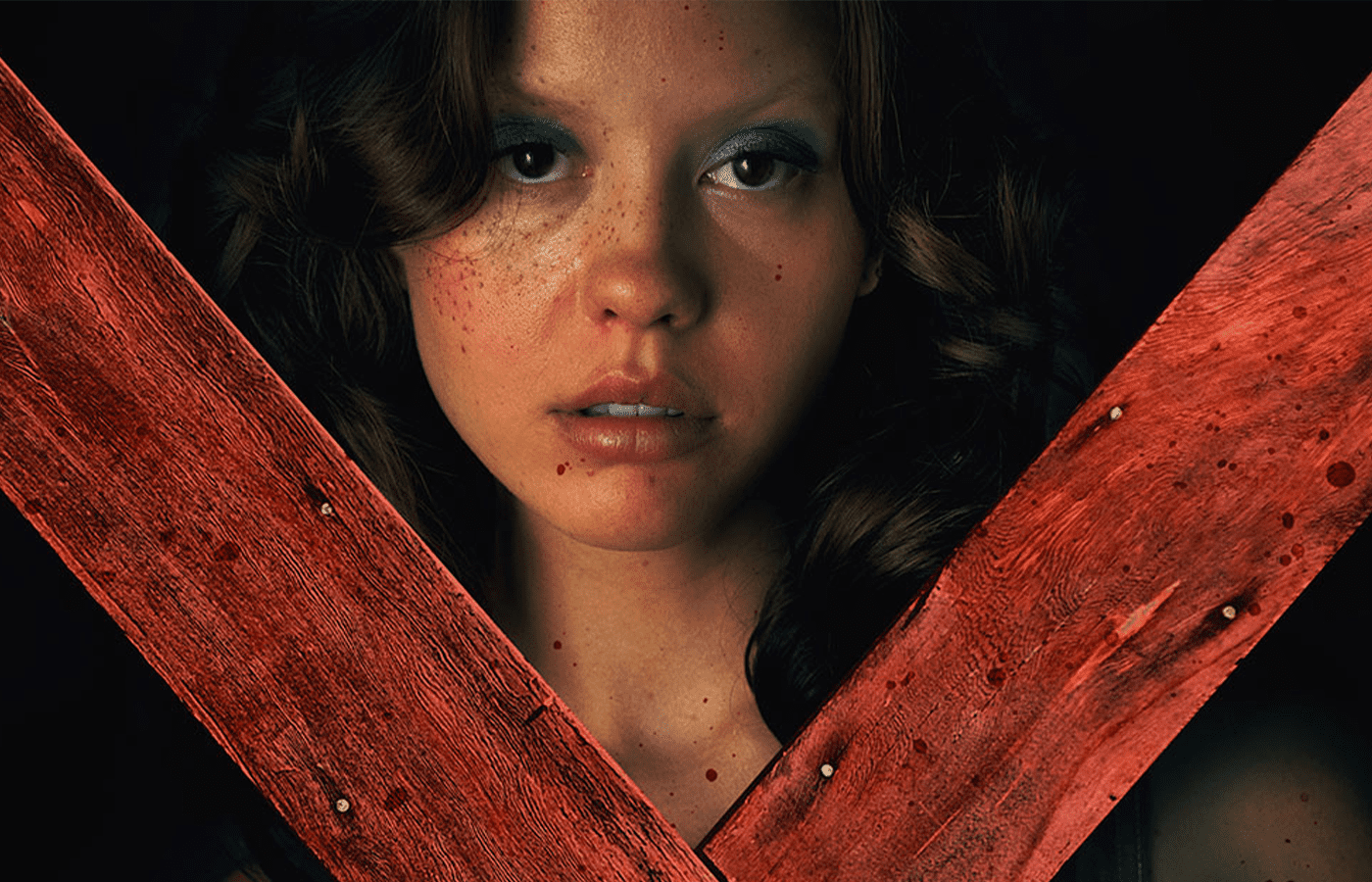 House of the Devil’s Ti West brings us a throwback to an era of 70s horror, sexploitation, and grindhouse film. With nearly a decade passing after since his last horror film, I was excited to see the return of the director. His new film follows a film crew who arrives to shoot an adult film at a remote farm in Texas. Their hosts, a secretive elderly couple, take a special interest in their young guests. As night falls the couple’s leering interest turns violent. Co-financed by A24 and Bron, ‘X‘ is produced by A24, Jacob Jaffke, Kevin Turen, Sam Levinson, and Ashley Levinson. Along with Mescudi as an executive producer.

If you haven’t seen X, be warned… X is the first A24 movie that gives the viewer exactly what they see in the trailer, which if you’re familiar with the company you know the way they edit their trailers is a major twist. It really didn’t surprise me as far as the story goes, which doesn’t take away from the film. It’s normal for me to think ‘’wait, what the fuck’’ in the beginning, middle, or end of an A24 film.

RELATED: Ti West’s The House Of The Devil And Economic Anxiety

X was a down-and-dirty 70s slasher with lots of sex and lots of death. There were still sentiments, styles, and gorgeous shots that let the audience reminisce about the true art of what an A24 film can be. Ti West did a great job of blending the simplicity of a slasher movie with the art of an experimental horror film the company is renowned for.

The carnage in every death scene did not hold back and stayed nothing but true to form of early films within the slasher sub-genre. From nails going through feet and pitchforks pulling out eyeballs to roughly forty stabs to the neck, I enjoyed every kill scene X had to offer.

I never thought I’d refer to an A24 film as a silly slasher and recommend watching it with friends to laugh, wince and gasp at. I enjoyed every detail of this film and it goes down in my horror book as a worthy opponent to my very full bucket of well-done slasher films. And you can bet on me being in the theater seat for the prequel looking into young Pearl.

What Did You Think Of Ti West’s X?

Did you enjoy the fun and campy nature of the A24 slasher? Where does this rank for you in A24’s filmography? Let us know on social media today!