Tigers Are Not Afraid (2017) is a story by Issa López that explores a childhood undercut by violence and the ghosts that remain to haunt the living. 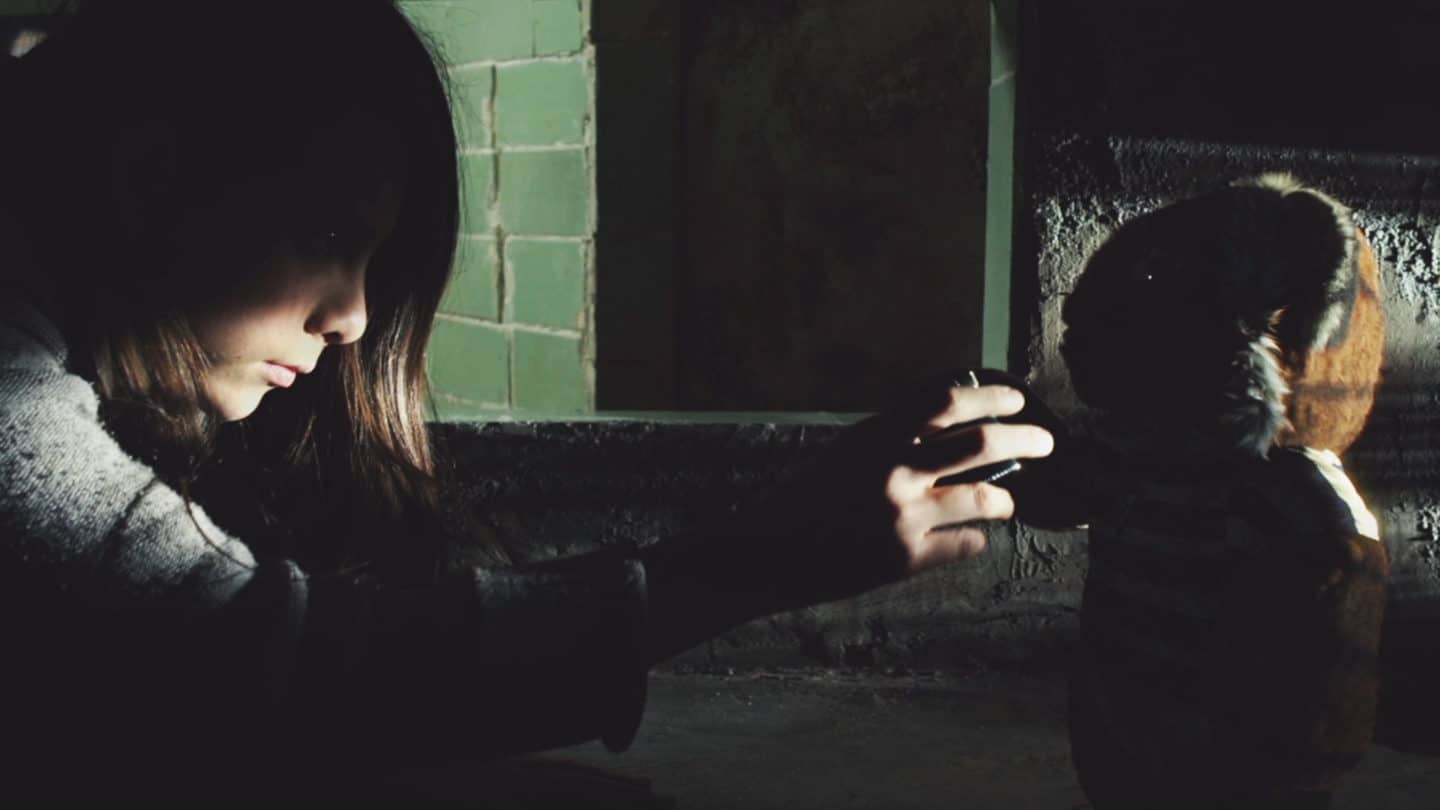 Tigers Are Not Afraid (2017) explores a childhood undercut by violence and the ghosts that remain to haunt the living.

The alternate title of this film is Vuelven meaning They Come Back or Return. Since the mid-2000s, there have been thousands of people killed across Mexico during the current Drug War, leaving behind hundreds of ‘ghost towns’. The film states that the exact number of children is unknown.

No one is immune to the violence enacted by politicians, gang members, or the police in reality nor this fantasy-horror narrative. The children are made homeless, parentless, and guardian-less by the overabundance of violence and human trafficking in their communities. They are dually victims and survivors who experience daytime violence at school, on the streets, or in the dead of night. The film is not shy in showing the layers and variances of post-traumatic stress, especially in how that may manifest in children.

This is the first horror film written and directed by Issa López and what a debut it is. She intertwines the fantasy and the supernatural fluidly throughout the film, in a beautiful homage that hearkens back to the journey of Ophelia in Pan’s Labyrinth (2006). Similarly to that film, the main character in Tigers Are Not Afraid named Estrella (Paola Lara) is given three pieces of chalk that are imbued with magic and wishes. Anything her heart desires is granted, but with each whispered plea there is a price. After she witnesses the aftermath of violence in her neighborhood, a trail of blood follows her home.

The blood rends a seam between a portrait of her protector and lifeline; the blood continues towards the path of a dress, center mass. The blood flows down the dress and drips towards the floor. The blood represents an omen and a trail of breadcrumbs that will assist young Estrella on her path towards justice. There are no magic fauns to guide Estrella on her path in this film but the grisly and ghoulish specter of her deceased mother (Viviana Amaya) does while haphazardly wrapped in a plastic shroud. Estrella wishes her mother would come back.

The Ghosts of Violence

There are many markers of tragic beauty in this film such as black death ribbons on doorways, tiger and children graffiti, and camera work that is arresting as it is haunting. Even when the ghosts or violent perpetrators aren’t on screen, the audience knows they could appear at any time leaving many scenes dripping with tension and anxiety. The gang members and the tiger are both real and urban legend that leave the community affected by their presence constantly in fear. This film is very reminiscent of Candyman (1992) in this regard.

Please check it out if you’ve never seen it—with the lights on—and long before you try to sleep. A remake of the film is scheduled for release this year.

The amazing thing about this entire story and how it has been visualized is through the children’s point-of-view, with their voices, their visual perspective, and their imagination of the fantastical. Oftentimes, the film feels like a nightmarish folktale with the monsters constantly trying to devour the children through organ harvesting, human trafficking, with the scourge of toxic masculinity in tow. The male children are constantly battling the dictates of a world that deems their worth only through machismo; every moment of gentility and affection they show towards each other and Estrella is innate and hard-wrung in a world that wants to crush them.

El Shine (Juan Ramón López), leader of the children’s crew took a gang member’s phone that had photos and videos connecting a string of criminal acts to other powerful people across the city. Estrella wishes that she didn’t have to kill the gang member that is terrorizing her and her friends, but she wants to prove her toughness to the other children.

The gang member to her shock is already dead when she finally sees his face, but the wish has already been granted and the consequences are not far behind. They all must find a new place to live now; the monsters are coming for blood. All the while, Estrella’s mother has been appearing to her ghastlier than ever each time, beseeching, “Bring us to where the dead wait for him.” They will exact vengeance upon the leader of all the violence. *Take note, there’s no reason to fear the dead, unless you’ve maligned them or their loved ones in life.*

Even in a world that is brimming with the apocalyptic or horrific, children somehow find ways to play and be playful. When the group of children in the film finds an abandoned luxurious mansion to sleep in, one of their first thoughts is a football game. The universality of blight that makes people flee is also apparent when they find a shattered aquarium with koi fish swimming freely on the first level of the house. Their brief respite inside the house is short-lived, El Chino (Tenoch Huerta) wants his phone and the information of what he’s done back. The phone for their lives and surprisingly he does keep to his word.

The young Shine has switched the phones however because he wants to keep the only media he has of his and Estrella’s mothers while they were still alive. His eyes are pleading and so despondent for Estrella to understand and the weight of all that he’s experienced in his few years is rolling off of him in waves. She cups his cheek, marks it with her chalk, and wishes his scar(s) would disappear. It does… violently. El Chino’s bullet has eviscerated his face. Estrella is all out of wishes. She knows what she must do, find her Mother, and end this. What she finds is almost indescribably macabre. The discovery of an abandoned room filled almost to the brim with plastic-wrapped bodies is one of the most horrifying images I’ve ever seen. Director Issa López pulls no punches when it comes to the realistic violence and I left many moments unwritten for you to witness on your own.

Estrella (and the ghosts prevail), with the actual tiger and not a rendering acknowledging her victory and her courage. The ending and the entire story for that matter are open to interpretation. Were the things she experienced real or a type of mental magic to process the trauma she was experiencing? Did she survive in the end or is she unwittingly a ghost too? The Director believes all theories are valid but what was most important for the characters in this particular story was the journey, not a happily ever after. “Tigers are not afraid. They went through all the bad space and came out on the other side. They are royals of this kingdom of broken things,” Shine says. And Estrella concludes, “because we have to remember we are royals too. We are warriors and tigers are not afraid.” Issa López’s next project (produced by Guillermo del Toro) is described to have a haunted western setting with werewolves. What an intriguing premise! I can’t wait to see what horrors, fairytale or no, she has in store for us next.