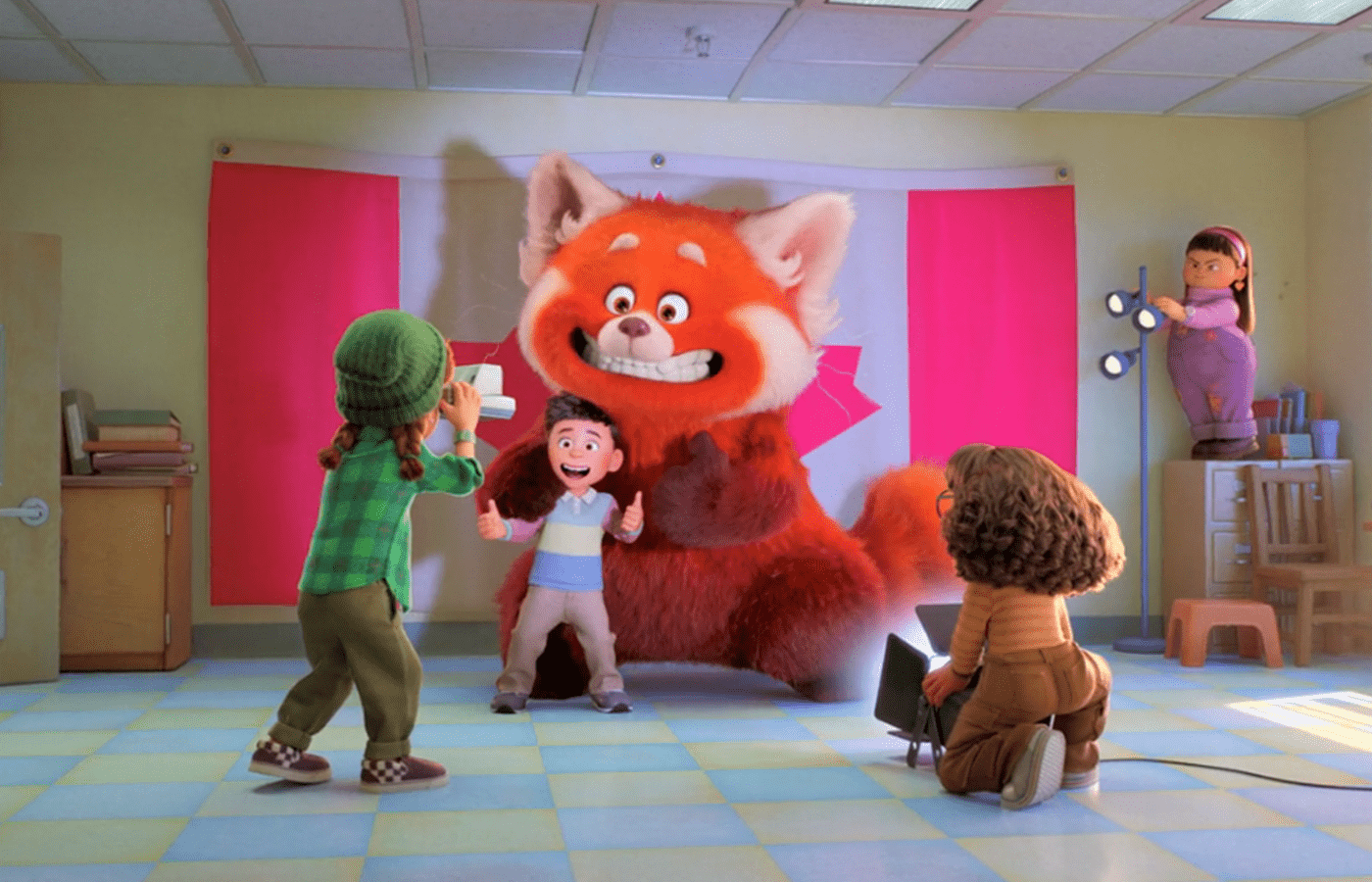 Pixar has rounded a corner in the past few years. Over the years, the studio has taken a side-step from the anthropomorphized objects and creatures that made them stand out, and for a moment now have focused on human characters. Their “Streaming Era” entries have continued this trend, but are still loaded with the charm and wit we expect from Pixar.

RELATED: It’s Time We Talk About Bruno – A Deeper Look At Disney’s Encanto

Their latest feature, Turning Red (2022) is no exception. Following in the footsteps of Soul (2020) and Luca (2021), Turning Red debuted directly to Disney+ but long gone are the days where that indicates quality. True to form, the film is absolutely brimming with heart and is quick to give you everything you expected from the trailers and plot synopsis – before diving even deeper and showing there’s as much duality to the film as there is its main character.

Growing Up Is A Beast

Turning Red isn’t Pixar’s first foray into coming-of-age stories. Inside Out (2015) is probably the prime example, but even their previous release Luca (2021) falls into this category. Although Inside Out focuses on the mental health, stress, and emotional side of growing up, Turning Red covers the complete package.

Turning Red is directed by Domee Shi who (likely non coincidentally) worked on Inside Out. During production on that, she worked on a side project that became Bao – the short film attached to The Incredibles 2. Bao struck a chord not only as Pixar’s first short directed by a woman, but it also won an Oscar for best animated short. Shi continued straight into her first feature, following Bao, and again the first female director for Pixar.

The film follows Mei Lee – a 13-year-old, nerdy-and-proud Asian-Canadian girl (voiced by Rosalie Chiang) who is just on the cusp of puberty. Mei’s an overachiever, excelling in her classes and helping the family business to the detriment of her social life to the dismay of her friends. Despite fitting the nerd/geek tropes, Mei has her circle of similarly inclined friends and together they do what any teen girls in the early 2000s would do – fawn over boys, obsess over boy bands, and sing karaoke.

After a nasty spat with her overbearing mother, Mei’s mother issues manifest themselves in some subtle and less-than-subtle ways. Yep, she turns into an 8-Foot Red Panda. From the trailers and even initial poster art, you’d surmise this is an allegory for a teen girl having her first period – and you’re not wrong. Turning Red not only doesn’t shy away from the symbolism but leans into it, and is more on-the-nose than I expected. The beauty of this is it knows what you’re thinking and runs with it. With that out of the way early on, the film can move beyond it and touches on generation trauma and identity.

This is all played within the realm of magical realism thanks to an ancient magical blessing. Long ago Sun Yee was granted the ability to become a mystical Red Panda to protect her family and village, a trait that would be passed down to her daughters once they became of age and now it’s Mei’s turn. So when Mei’s mom says she knows what she’s going through, she actually means it. The trick is, her emotions control this ability and who’s more in control of emotions than teenagers?

RELATED: Doctor Strange In The Multiverse Of Madness Gets Super Weird In New Trailer

Turning Red is a love letter to anime, Chinese culture, and Canadian culture. The story’s setting mirrors director Domee Shi’s, who also grew up in Toronto. It feels like a passion project because these influences ooze from the screen and give the look and feel of the characters this charm. Half of the fun is the fact it’s set in 2002, a nostalgia piece featuring Tech Decks, Tamagotchis, and flip phones. It’s very reminiscent of contemporary classics like Scott Pilgrim Vs The World and Steven Universe, heavy anime-flair, and super-powered teen issues.

Mei is played by Rosalie Chiang, and gives an amazing performance. At only 16 as of the time of release, she gives an amazing natural relatability to the character. Funny enough, she’s so young she wasn’t born until after 2002 – the year the movie is set. Through Mei’s literal and figurative changes throughout the film, she learns to embrace not only who she is but who she could allow herself to be. An interesting aspect of Mei’s story is that she is confident in herself at the jump.

The problem isn’t grappling with who she is, it’s with taking the next steps. Stepping out of her mom’s shadow and making her own choices. Her friends see the side of her that the Panda brings out, and encourage her to embrace it. The Panda isn’t depicted as a negative, it’s depicted as change – neither inherently good nor bad. It’s what Mei makes of it, and she finds that neither fully embracing nor suppressing that side of her works.

Nothing Stays The Same Forever

Living up to the long line of Pixar classics, Turning Red sets ‘em up and knocks ‘em down. It delivers on expectations and so much more. Domee Shi once again nails the deep familial relationships and the universal struggle of growing up. The width and variety of the subject is a pleasant surprise and a beautiful blend of all-too-realistic childhood vulnerability and goofy panda shenanigans.

It’s definitely a turning point to see so much recent media, especially aimed at younger/family audiences fully diving into personal issues. We’re seeing a new era of writers and directors bring something new to the table, and it’s amazing to see these relatable characters resonate with audiences. Who’d have thought a panda would be so relatable?

What did you think ofTurning Red? Let us know on social media!