So after all the trolling that followed Black Christmas from one site to another with heckling jeers on message boards did it make a difference? 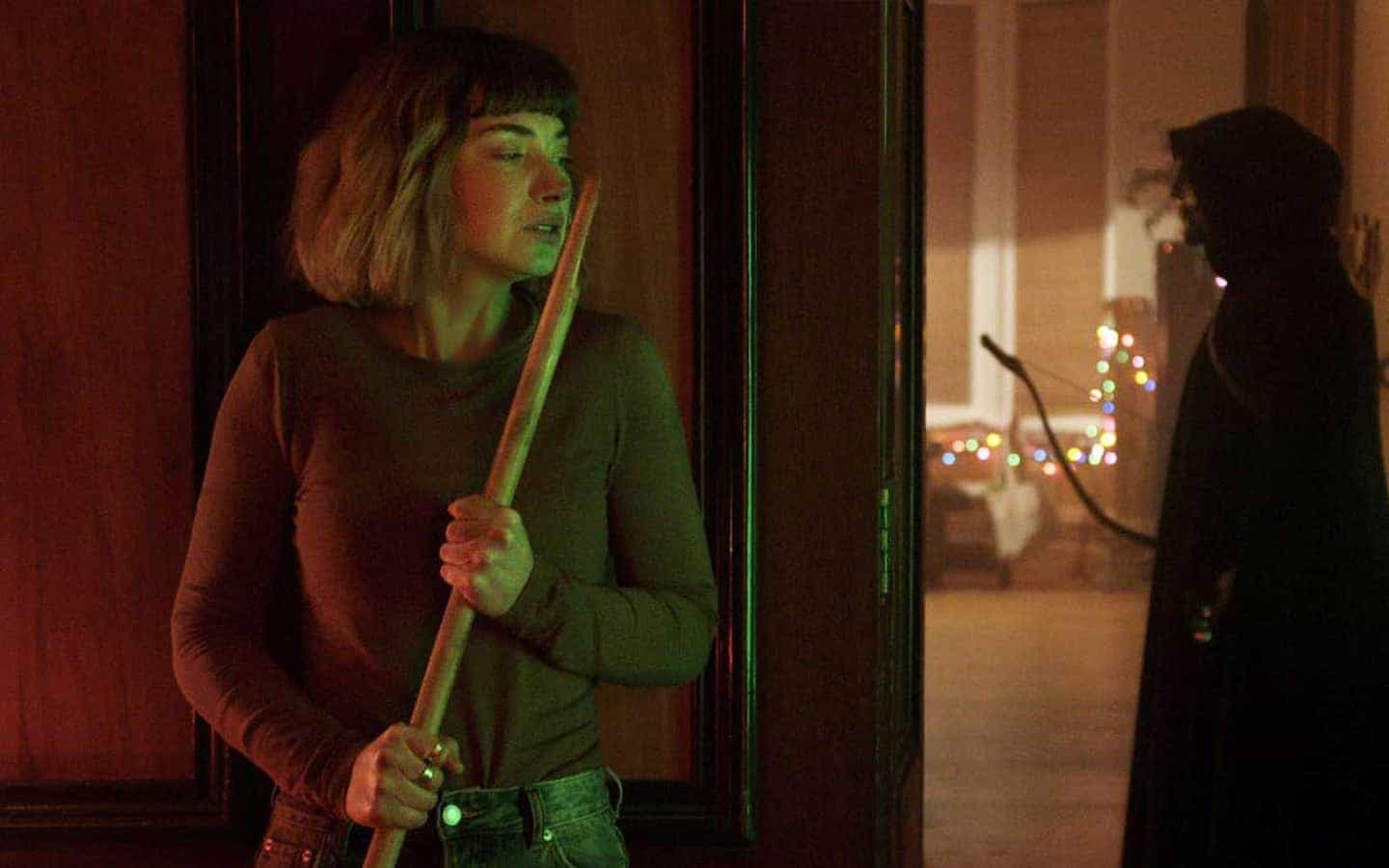 The feminist slasher film Black Christmas and why we can’t have nice things.

There are many traditions and folktales that exist around the Christmas holiday. There is Santa Claus, reindeers, elves, Krampus and the most recent addition, the Internet troll. Unfortunately, the trolls have had a lot to say about some films long before they even have chance to hit the screens. One film that was recently bombarded by trolls was the 2019 remake of Black Christmas.

First, these so-called fans of the genre wanted the remake to be exactly like the original. Then they were in an uproar when it was made public that the filmmakers decided to release the film with a PG-13 rating, intentionally toning down the gore in order to make sure girls everywhere could have access to a movie with a positive feminist message.

The trolls were in an uproar. Who do these women think they are?! In actuality, the women behind the film, and their production companies/distributors, were totally within their rights and created a movie that they were proud of; trolls be damned!

Remakes are a tough business. To try and please an existing fan base for a beloved property while at the same time drawing in a new audience that may never have heard of a franchise before is a tricky balancing act. One must appeal to both a modern aesthetic and nostalgia at the same time. I will freely admit that I am not usually a fan of remakes. There are a select few that I truly enjoy.

Having spent years working at a mom and pop video store, I would gladly direct a young customer to the original version of a horror film that had recently been given a big budget re-telling. As an instructor of a film appreciation class, I would constantly challenge my students to see the original films instead of just the remakes. It is in my nature to look back and see what was so special in the first telling of a story that has led to numerous sequels, remakes and reboots.

And it is hard to come close to recapturing the magic of a little indie film made with little to no money and a DIY spirit. But the only way to know if a remake is successful is to actually watch the movie. Yes, I am not a fan of many remakes, but the ones I do love even things out. For everyone I hated (I’m looking at you 2003 Texas Chainsaw Massacre and 2009 Friday the 13th), there are remakes that I absolutely love (I’m all about 2006 The Hills Have Eyes and 2013 The Evil Dead). But what I don’t appreciate is when people have an opinion on a film before they actually watch it.

One thing to remember is that remakes are nothing new in Hollywood. When talkies became the standard, the first thing studios did was to remake their successful silent pictures. Then when color came around, the same stories had to be redone again. Now as special effects get better, we look to see what movies could be enhanced by a little CG. It’s an ongoing cycle that honestly has kept the Hollywood machine running smoothly for decades. Horror fans shouldn’t be shocked by our classic movies getting the same treatment.

Two women were charged by Blumhouse to take on the idea of re-imagining the 1972 Bob Clark classic Black Christmas. This cannot have been an easy task considering how beloved the original is. There is also the fact that a remake already exists that has gone fairly forgotten in the community with the slew of early 2000s classic slasher remakes. Director/co-writer Sophia Takal (Always Shine and Green) and co-writer April Wolfe (film critic, host of Switchblade Sisters Podcast) were tasked with finding a way to bring one of the original slashers to the present day.  They were both excited to take on the slasher genre and bring it kicking and screaming into the modern world. There was a conscious decision to pay homage to the original, play with the tropes of the sub-genre and do it all firmly with a feminist perspective.

Unfortunately I missed the film’s theatrical run. When the movie finally arrived and I had the chance to sit down and watch it, I was pleasantly surprised at just how much I enjoyed this telling of the story. I admit that I was a bit concerned. I wanted to support the filmmakers but I am not the biggest fan of the original. In the end I was very happy to have pre-ordered the disc.

The film centers on the girls of a sorority who are both individually and as a group positive female characters surviving in an environment of overt patriarchy, especially on their campus. There is a strong theme of female strength and unity throughout the film that helps the audience start to care about these characters, but to also tell us that these girls care about each other. They may not agree on every cause and get into arguments, but when it matters they have each other’s backs. This layered look at their relationships makes the characters feel more lived in and real. We can see they trust one another and take care of each other.

For fans of the original, the movie does retain some nods to the most memorable kills, but they also bring some great new innovations (the opening sequence snow angel kill was excellent). As for themes, the original movie made a very controversial call for 1972 and focused on a main character that had become pregnant and wanted to get an abortion while her conservative boyfriend has vehemently against it.

This telling of the story tables unwanted pregnancy for another important and tough topic for young women: rape and sexual assault. The film takes this quite seriously and acknowledges that date-rape and roofies are a very real part of campus life that women everywhere struggle against. It is a bold choice to not just mention this and keep moving. The main character is living with this experience and it affects her life every day.

What I really appreciate is how in a story where the protagonists are all fighting against literal toxic masculinity, they are allowed to ban together to fight against becoming victims. These girls refuse to become nothing more than fodder for a masked killer.

In a world post-Carol Clover and the Final Girl Theory, it is refreshing to see a movie that embraces the idea that not just one woman can make it out alive if we all learn to work together. I was also happy to see that in a movie with evil fraternities, the filmmakers remind us that not all men are evil. This is an important lesson in a feminist film that is often overlooked. We have allies out there; we just need to be careful finding them.

And what about the controversy of the R vs PG-13 cuts of the film? When watching the movie, it is very clear where the graphic scenes are cut a few seconds short. It feels a bit like watching the tv edit of a theatrical film. Did it hurt the story for the gore to get trimmed? No; not at all. I will argue that there is one word of dialogue that was removed to ensure the PG-13 rating that, while not essential, made more sense when included.

But would I risk teenage girls getting access to see a movie with their friends on a Saturday night that is full of positive images of women…and is still a fun horror flick? No. I think the edits are fine and to be totally honest, it doesn’t matter what I think. If April Wolfe and Sophia Takal are happy with the final cut of the film, then that is all that matters.

So after all the trolling that followed this film from one site to another with bad reviews and heckling jeers on message boards did it make a difference? It may have kept a few people away from the theaters, but that is their loss. To be honest, the stereotypical net troll (young, straight, white, cis, male) was not the target audience. Hell, I wasn’t even the target audience. Yeah, I am a card carrying feminist and life-long horror fanatic, but as a woman in my 40s (gasp!), I was not who they were aiming for.

The filmmakers were pouring their hearts into making a film that would talk to young women today and I totally applaud that and hope this becomes a trend in genre filmmaking. We need more movies that bring new people into the fold by talking to them directly. As someone who grew up in the 90s having to overly rationalize for the excessive amounts of female nudity and machismo in slashers because I held the rest of the stories near and dear to my heart, I wish there had been horror movies like this when I was growing up.

I am happy to hear that the filmmakers didn’t let the trolls get to them either. Let’s hope next holiday season, Krampus can thin out the herd a bit, so the rest of us can enjoy our movies in peace. Maybe then we can appreciate when we are gifted with nice things.

I watched Black Christmas 2019 over on my YouTube channel on The Horror Academic: Day in the Life series as part of my #stayhome movie & review a day challenge. You can check that out here: https://youtu.be/bKKQ8sMEoiU