Verotika: The Passion for Creation

There is a passion for this project pouring out of every shot, it may have felt a little cheap at times, but it never once felt lazy. 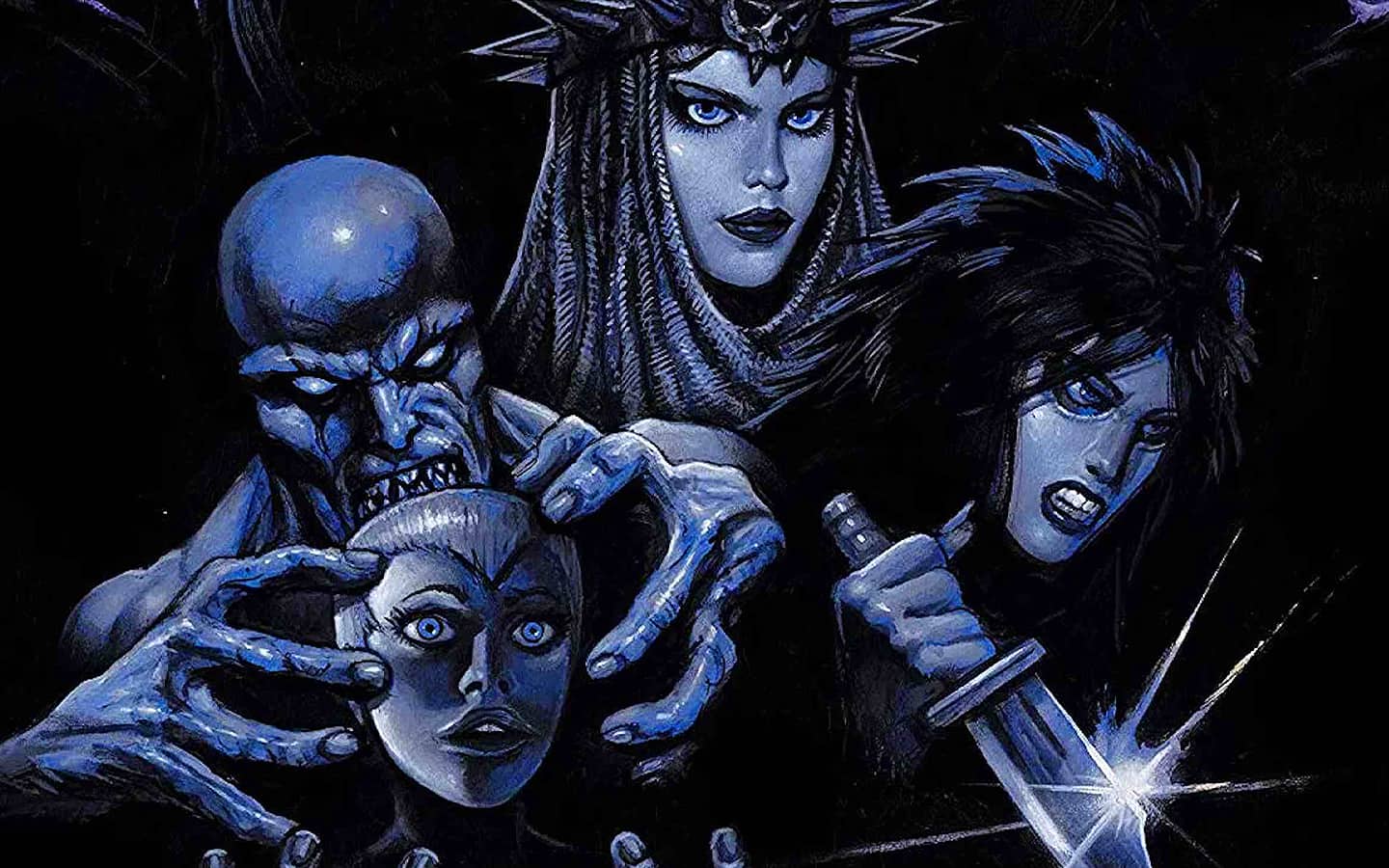 There is a passion for this project pouring out of every shot, it may have felt a little cheap at times, but it never once felt lazy.

When I first heard that Glenn Danzig was directing a horror movie, I was ecstatic. When it was further released that it would be an anthology movie based on his Verotik comic label, I was over the moon. Danzig’smusic, the Verotik comics, Heavy Metal Magazine and any horror movies I could get my grubby little hands on in deeply rural Canada, laid the blueprints of my continued interest in these things today. Getting media of any sort that wasn’t the expected norm when I was in high school (The late ‘90s) was tough. None of the local stores we could get to on our own would carry what my friends and I were looking for, and anywhere we went with our parents that would have it, we would get in crap for trying to buy it, let alone be permitted to actually take it home. We did have internet, but it was rural dial-up, so the concept of getting digital content was pretty foreign to us, unless it was walls of text. I’m giving this little bit of context to illustrate a point, in the barren wasteland of content I honed my interest in all things grizzly and macabre we would quite often only be able to get our hands-on movies/music/television that had one thing going for it. Passion.

Passion is a great starting place for a conversation about Glenn Danzig, his career is full of interesting choices that focus on his satisfaction with what he is working on, rather than what would garner the best return on investment. Originally from Lodi, New Jersey he was a founding member of The Misfits and was the primary songwriter. They had a focus on schlocky b horror movies between the ‘40s to ‘60s with songs like I turned into a Martian, Horror Business, and Night of the Living Dead. The movies they were pulling inspiration from were far from the cream of the crop, but as my friends and I, it is what they had. Danzig pulled the plug on The Misfits due to growing animosity between the members of the band and his interest in different music styles. While he always had an interesting vocal style, he leaned into music that inspired him with Samhainand Danzig, going for a dark romantic take on the likes of Elvisand Roy Orbison. Danzig has even had songs he has written performed by Johnny Cash and Orbison. As his career evolved the one thing that he kept a focus on the ability to control what he was working on, which was the primary reason for the name change from Samhainto Danzig. He is also a lifelong comic fan, even going so far as to lobby to play Wolverine, in the ‘90s, and he invested in his own comic label Verotik. The art and stories were very graphic and sexual and as the source material for Verotika, these themes carry over.

I like to say that I am a horror apologist, but it really is that I am a media apologist. I have consumed a lot of media in my time (I’ll be yelling for kids to get off my lawn any second now), and I have gotten to the point where, typically, the really popular stuff feels safe, and a little pandering. Whether you want to think this is me being jaded, and looking for something I haven’t seen before, or just the adventure I am on is up for debate. There are exceptions every year, and the more content that is available for me to consume due to better technology, I can find more and more stuff that is exactly in my wheelhouse. The older I get, and the more I watch, the less I want well polished, safe content. I want to be shocked, I want to look at something in a new way, I want content that shoots for the moon and fails spectacularly. I want to see an artist’s passion outpace their abilities and resources, I want to watch creators learn what works for them, and what doesn’t, I want to see them stumble hard and pick themselves up and try again.

I have never made a movie, I have thought about writing one, or a book that could be adapted, but I haven’t been able to get to that particular finish line just yet. So in that lens, anyone that can harness their focus enough to will the content they want to make into existence, I am immediately in awe of. The army of people that come together and help and idea come to completion, whether it started as a short story and a director was inspired or an actor wanted to make sure they got to play the part of a lifetime. There are plenty of movies that don’t land on me or weren’t made for me, and that doesn’t make them bad movies. Even if something isn’t targeted at me, I can usually find something in it that I enjoy, whether that is acting, dialog, plot, cinematography, score… the list can go on ad nauseam. I am not discerning, I am greedy. Within all of the content I have consumed, I am constantly finding things that have existed for the entirety of my life that scratch itches I didn’t even know I had. A recent example is my discovery of Giallo films, that are the bastard children of Film/Neo-Noir and Slashers that I didn’t know I needed in my life.

This isn’t all to say that I don’t have problems any with content, my biggest issue always has been, and will be; laziness. It is the opposite of passion, and it is what kill’s my interest in something. In my view of things, laziness usually presents itself in the form of a meddling studio or producer. George Lucasfamously had to fight tooth and nail to get what he thought was important into Star Wars: Episode IV – A New Hope, and even then Paul Hirsch worked some editing magic to get to the classic that it is considered now. Working collaboratively in a film can swing in a myriad of ways, but when an artist has their vision compromised, a lot of the time the movie can become something lethargic and safe. I say this all knowing that I am guilty of it myself. I am not going to be as passionate about every article I write as this one, I will always try to find something I am passionate about to speak to, but that doesn’t mean its always going to work. I could be on my theoretical soapbox, yelling about something that I care deeply about, all while failing at getting the point across.

The movies that Danzig is pulling inspiration from are schlocky passion projects, so it shouldn’t be a surprise that those sensibilities are on display here. The Misfits were almost called Plan 9 after Ed Wood’s Plan 9 from Outer Space, so the love for the early black and white schlocky genre films is on his sleeve. Other sites have called it The Room, of horror films, but Verotika feels much more deliberate than The Room ever did. This isn’t a review site, and I don’t want to sit here and tell you what to watch, or if it’s any good. I will say that I enjoyed it, that I had a good time with it. It does feel like a movie I should have gotten as a bootleg in the mid-’90s, and I did watch it with a group of friends I have known since high school while enjoying a drink or two. We all had a good time, some parts were funnier than intended, and the production values weren’t always fantastic, but Danzig did the best he could with what he had. There is a passion for this project pouring out of every shot, it may have felt a little cheap at times, but it never once felt lazy. This is his first outing as a director, so either this is exactly what he wanted to make, in the format he wanted to make it in, or he is learning. Neither can I fault him for.