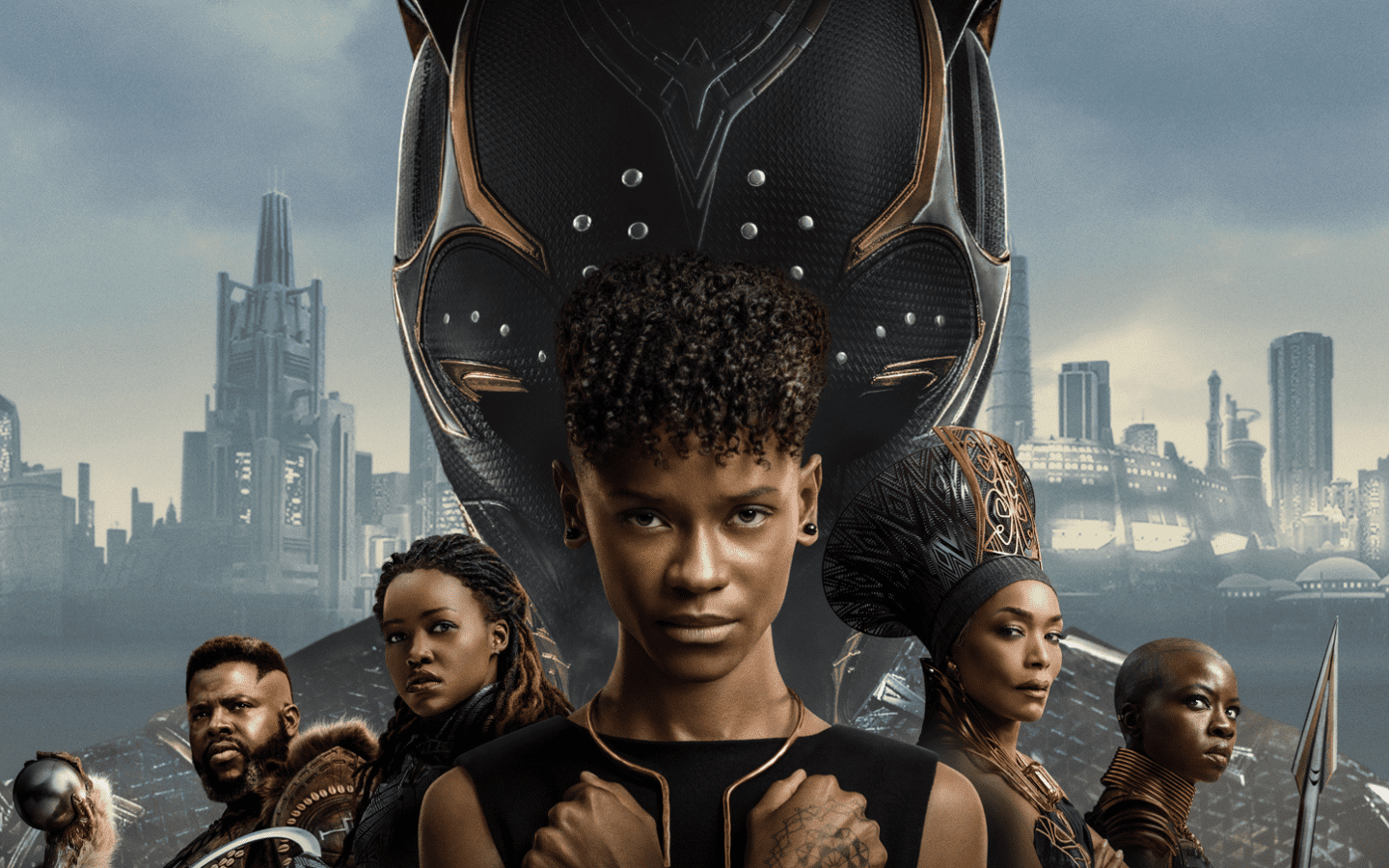 Wakanda Forever is rated PG-13 and has a run time of two hours and forty-one minutes. It was directed by Ryan Coogler, written by Joe Robert Cole and Ryan Coogler, and stars Letitia Wright, Lupita Nyong’o, Danai Gurira, and Angela Bassett.

Marvel continues to have movies made at a rate comparable to our bodies recreating cells, pumping blood, or converting oxygen to ATP. It is intense but gives us great experiences that we dreamed we would only see from our comic book landscape. Even comic books or their movies are not clear of the bindings of reality, as acknowledged by the loss of Chadwick Boseman. A true king never dies and may he forever remain in our hearts as such.

Black Panther’s next entry Wakanda Forever embraces and tells the story of that loss, leaving the kingdom of Wakanda in a deep state of re-discovery. In this entry, we focus more on Shuri and how she grows as a person and leader for Wakanda. We witness Shuri grieve, grow, struggle, and come to a true crossroads for her character, her family, and her people.

What we know about Wakanda is that although they may have traditions that are as old as their land, they have technology ages beyond all established nations based on resources thought to only exist in Wakanda. Their nation is able to hide itself away for the most part behind a wall that makes it invisible. Having this technology and the vibranium resources makes them a target of other nations and because of this, they can’t do much in the way of resting their defenses.

In Wakanda Forever, we soon see that they are not the only nation both blessed and cursed with vibranium. Determined to quell future incidents and attacks the leader of the second nation decides to meet with the Wakandans to get their assistance. Their assistance, if they follow through will lead them down a dark road.

Shuri believing there is a method to resolve all items peacefully travels to America to find a key piece to this puzzle by way of contacting their friend, Agent Everett Ross. Shuri seems to have come to terms with a plan to increase the brainpower of Wakanda and keep everyone at peace, or so she thinks…A brief and violent interruption sees Shuri to the new nation.

Shuri is returned to Wakanda shortly after, however, her return sets a course in motion that could stand to destroy the majority of the established world. Can Shuri make peace with her brother’s passing and embrace her role and growth within the kingdom, will the new nation find a way to obtain their peace even if it is at the pain of others, and how will the mantle of Black Panther be taken back?

Grief, Loss, And The Pursuit Of Resolution

Because we did lose T’Challa or Chadwick Boseman, much of this movie finds movement in how the Wakandans process his passing. In grieving, coming to terms with, and planning a future for a nation without their spirited king, we see that not everything is a happy or pleasant choice. Sometimes claws must be shown to ensure that respect for the dead is shown.

But how often must those claws be shown? When it comes to this we learn that balance is a must, otherwise, we may become trampled on or we may become too aggressive. When we see that even those we revere as “Super Heroes” are bound to the realm and rules of mortality, even earthquakes couldn’t shake us as hard.

Wakanda Forever shows us that finding resolve in processing loss can easily be influenced by either our support network or distractions of the outside world. Because everyone works through this differently we see that some are willing to go to war to preserve “superiority” while others want to continue diplomacy to concrete the notion of “intellectual prowess” and diplomacy.

Marvel makes sure that Wakanda Forever delivers on a far more relatable topic. They don’t shoot for nearly as many cheap laughs, they don’t base the entire focus on fighting, and instead, they show us that loss is real and it is hard. Wakanda Forever has us determining how to deal with T’Challa’s loss as we see how the Marvel universe is processing it.

Did you see Wakanda Forever?

Did we miss something in our Wakanda Forever review? What did you think of the film? Let us know on social media!