The Walking Dad is back with issue 185! 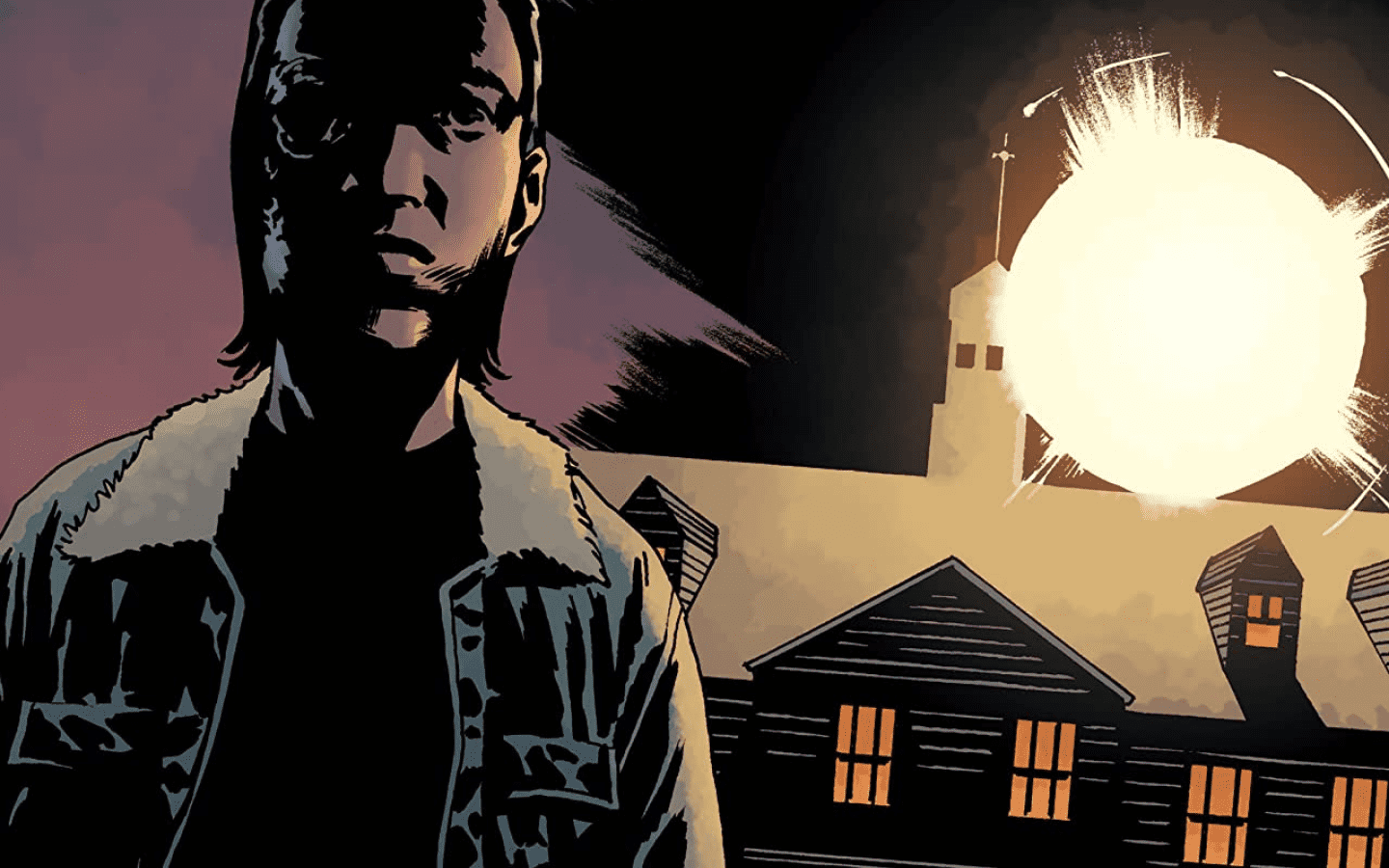 Spoiler Warning: There are spoilers in this Walking Dead issue 185 review.

The issue kicks off with a conversation between Rick and Dwight. Dwight would like Rick to take over the Commonwealth to free its citizens of the oppressive police state. Rick is skeptical that they would be able to pull it off, and rightly so. The Commonwealth is many times bigger than all the other communities combined.

The political differences between Rick, Dwight, and all the other characters, have been becoming more apparent over the last two arcs. Basic survival is under control at the moment. The groups are now able to discuss how to better structure society.

RELATED: Working Out with Zombies, Run!

Next, we see Carl leaving Lydia’s room in the middle of the night. He is busted when he bumps into Sophia in the hallway. The two share an awkward conversation about Sophia’s lack of a sex life. Kirkman just keeps twisting the “will they/won’t they” knife in our angsty teenage hearts. The look they shared before ending the conversation was priceless.

Magna and Yumiko also have a conversation about the future. Magna has been an outspoken critic of The Commonwealth since the beginning. She is afraid that another war is going to break out between the communities. Yumiko is hopeful that these issues may be resolved without conflict. However, this has rarely been the case in The Walking Dead.

Rick, Michonne, and Elodie have lunch at a restaurant! Whoever thought we would see the day? Rick surely didn’t. The whole situation is a bit off-putting for him. I like that we get to see Michonne act a bit snooty around the waitress. The Commonwealth is so lush and comfy that some of the pettiness of pre-apocalypse America is sneaking back in. After spending years fighting the undead in horrific conditions, regular life is a culture shock to our beloved characters.

While Rick may not like the authoritarian stance of The Commonwealth’s politics, he sure seems to appreciate the accommodations available within the community’s walls. I am certain that this is what is driving his turmoil about how to approach The Commonwealth.

Eugene can fix the trains! Well, Eugene can fix everything.I don’t remember where I read it, but I once read an article saying that Eugene is the most important character in the series. It changed the entire way I look at The Walking Dead comic. They have changed some of Eugene’s story in the television show, but I do think he is the most important character in the comics.He made the bullet factory, fixed the radio tower, and is now working on public transportation. He is the civic engineer the apocalypse needs.

We finally get a Eugene/Stephanie smooch! Who else has been waiting patiently for this? It looks like Eugene may get the opportunity to have a normal relationship. Don’t get me wrong, I loved Rosita as much as the next guy. However, Stephanie seems like a much better fit for Eugene. The relationship was founded on trust and conversation.

Pamela is not happy about the riots. Her answer to the citizen’s discontent is more police. This is the classic authoritarian stance.Leaders like Pamela believe that freedom is a privilege for well-behaved people. However, can anyone truly be free if their freedom is a perk given under the threat of violence?

Dwight decides to shake some things up. He incites police force and violence upon himself. We lately find out this was a ruse to judge the citizen’s reactions. Dwight feels that the common folk are ready for a revolution. Rick is still skeptical about the whole thing. Rick would rather lead by example and not force.

The last panel of this issue is crazy. Mercer finally decides to give Rick a piece of his mind. He believes that Rick should be the leader of The Commonwealth. This is a powerful sentiment coming from one of The Commonwealth’s highest-ranked soldiers.

We have watched Rick grow over the course of the series. We have seen him at very high and low points. However, Rick’s morals always seem to prevail regardless of the situation. Do you think Rick would be a good leader for The Commonwealth?

What Did You Think?

I hope you enjoyed my Walking Dead 185 review! What do you think of this issue?

Are you happy with the sociopolitical direction the book seems to be embracing? Let me know on social media!

If you aren’t caught up, check out my review of The Walking Dead 184.

To continue with the story, make sure to read my review of The Walking Dead 186.

Where To Find The Walking Dead Issue 185

Click here to purchase The Walking Dead issue 185 on Amazon!

You can also purchase The Walking Dead issue 185 on Comixology.