Check out our thoughts on The Walking Dead issue 177 from Image Comics. 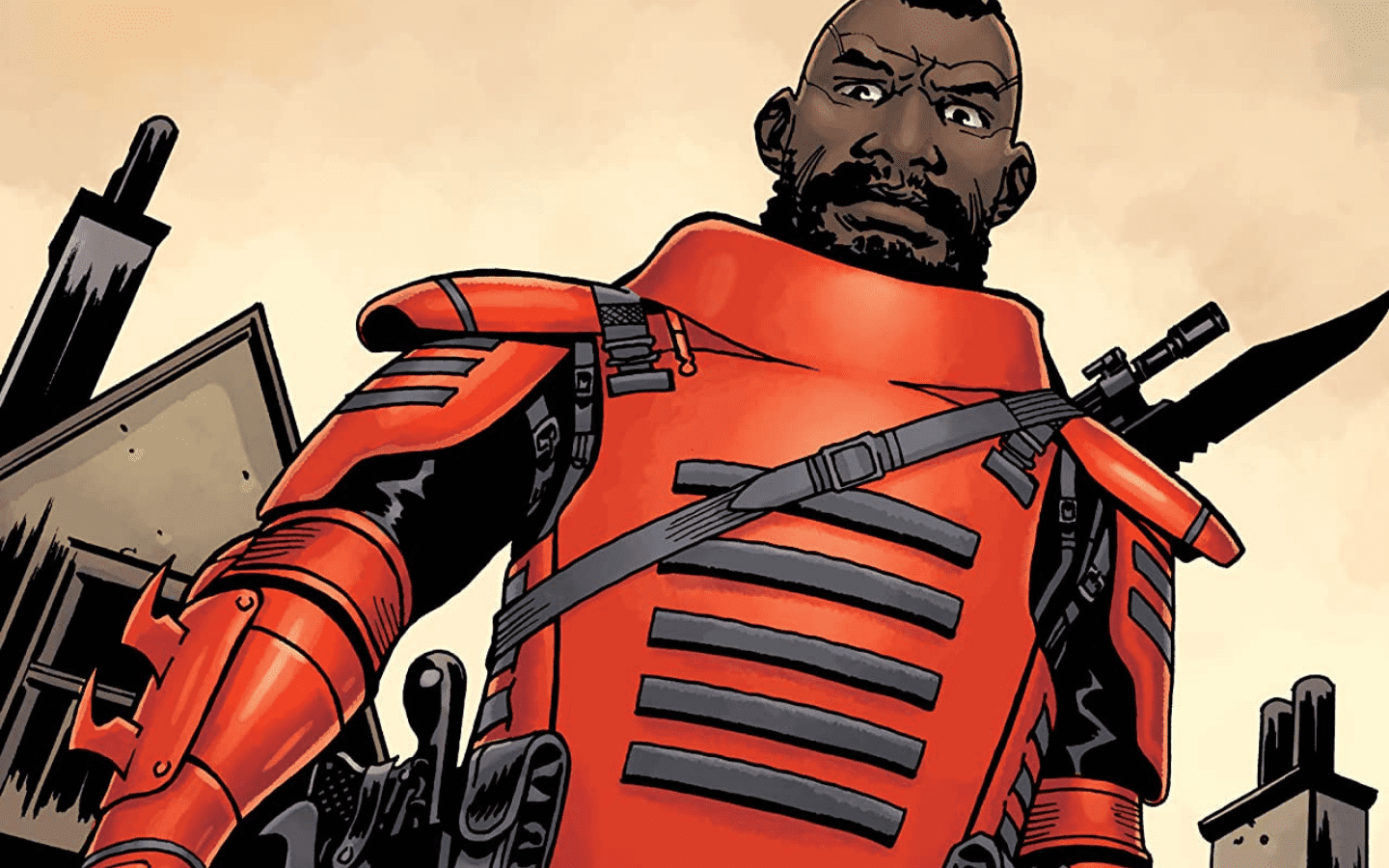 About The Walking Dead Issue 177

The Walking Dead 177 is written by Robert Kirkman. The artwork is by Charlie Adlard, Stefano Guadiano, and Cliff Rathburn. This issue was released on May 2nd, 2018. The Walking Dead is published by Image Comics.

Spoiler Warning: There are spoilers in this Walking Dead comic 177 Review.

The Walking Dead is back with issue 177. This is part three of the New World Order arc. When we last left off the group had entered The Commonwealth.

We got to see a bit about the inner workings of their government and military. Michonne was reunited with her daughter who she had not seen since the beginning of the zombie apocalypse.

This issue opens up with Rick! This was refreshing as he has not been around for much of this arc. We see him helping Mikey deal with his emotions.

As we remember, Mikey’s mother died during the Whisperer War. The two discuss the merits of writing in order to process intense emotions.

The issue then shifts to Hilltop. Humor ensues when Eduardo goes to a shed to replace his weapon. This is where he awkwardly walks in on Maggie and Dante getting it on. This stops being funny as we see Maggie feel ashamed.

This is her first love since losing Glenn and is understandably difficult for her. I am glad that she is trying to find love again, but as a long-time comic reader, I can see how hard it can be for her to move on. We are seventy-seven issues past Glenn’s death but his impact on the series is still relevant.

We then see a couple sitting in a field. The man is attempting to seduce the woman. Just as things are getting hot and heavy we see zombies approaching in the distance.

The couple is saved by a man named Mercer. He is wearing the advanced armor seen in Commonwealth, except his suit is red instead of white. The couple begins to reprimand Mercer for letting the zombies get so close.

Michonne and Elodie are back together. We get to see them have a heartwarming discussion about the horrors they have endured on the outside. Elodie admits to murdering an entire group of abusive survivors. Michonne doesn’t go into details but she more than understands her daughter’s situation.

We later find out that the man Mercer was protecting was Governor Pamela’s son, Sebastian. Sebastian seems childish and does not understand how rough it can be outside of The Commonwealth’s walls.

Mercer calmly takes his scoldings from both Sebastian and The Governor. Though Governor Pamela understands hold childish her son can be, she is still upset with Mercer for allowing Sebastian to be in harm’s way.

While Mercer is in the locker room he has a conversation with another guard about potentially overthrowing The Commonwealth’s government. This conversation is cut short when Siddiq walks in having heard everything. Could this be the end of Siddiq? Or are we seeing the beginnings of another community battle?

This was a great issue marking the midpoint of the new arc. The bulk of this issue seems to focus around emotional resolutions for the characters.

However, there seems to be conflict looming on the horizon. Before the action starts, we get to see where our main characters are emotional. I can’t wait to see what comes next.

The cover for 178 looks interesting. We see Princess fighting with a group of Commonwealth guards. With the information we now have I am not sure what this cover means. Princess could be acting up to the point where she is considered to be a threat.

The guards could be starting their revolt and Princess gets caught in the middle of everything. The cover could also mean nothing. We all know how Kirkman and company like to tease and trick us with the cover art.

What Did You Think Of The Walking Dead Issue 177?

How did you like issue 177 of The Walking Dead? What do you think will happen in the upcoming issues? Let me know on social media!