Check out our review and summary of The Walking Dead Issue 178 from Image Comics! 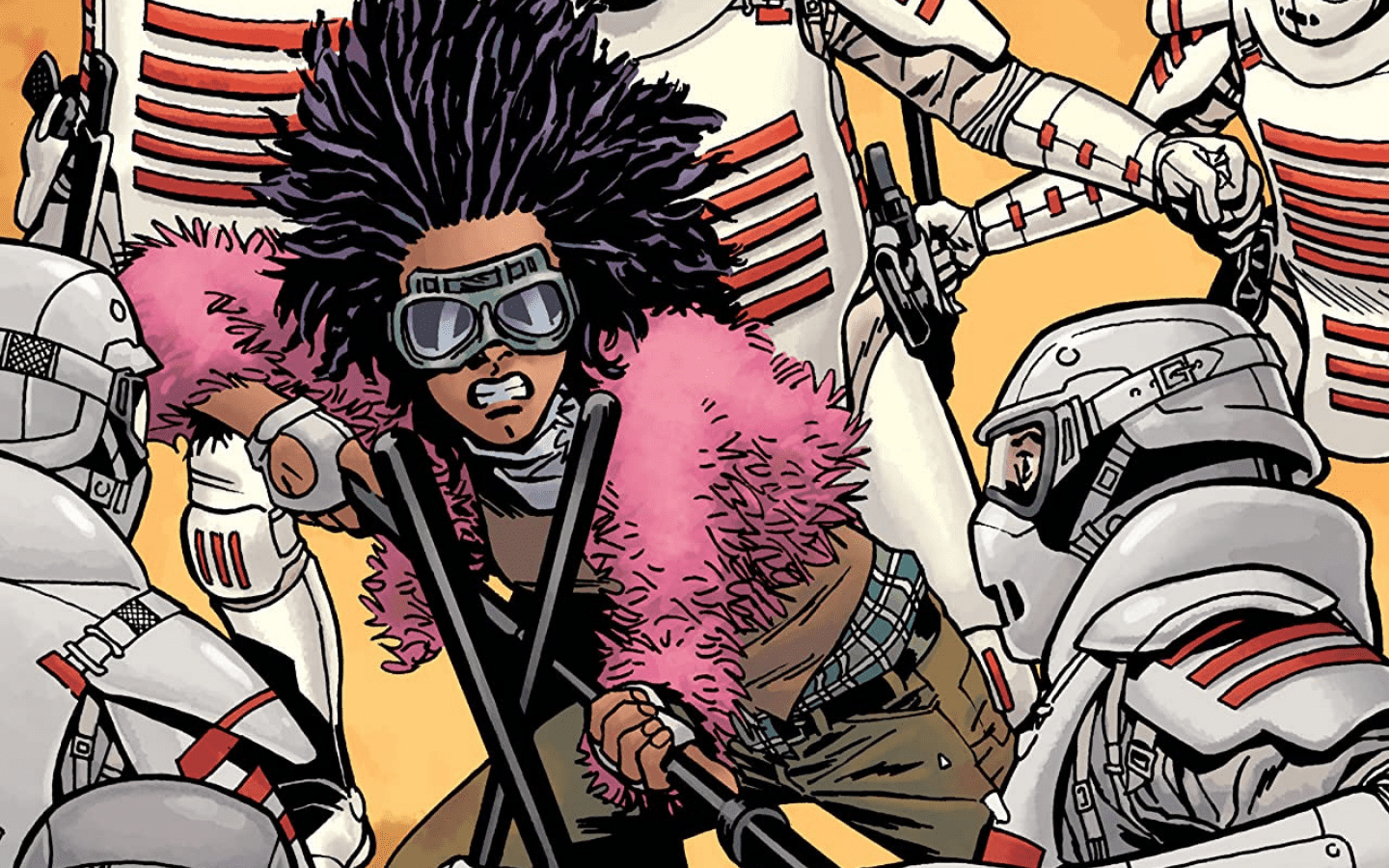 About The Walking Dead Issue 178

The Walking Dead 178 is written by Robert Kirkman. The artwork is by Charlie Adlard, Stefano Guadiano, and Cliff Rathburn. This issue was released on May 2nd, 2018. The Walking Dead is published by Image Comics.

Beware! There are spoilers in this Walking Dead issue 178 review. Continue with caution!

The Walking Dead issue 178 is pushing the plot forward! I have been loving this arc. The series feels refreshed. I felt there was a bit of a lull in between The Whisperers and this arc, and that is completely fine. Stories, especially long-form stories like comic books, need to have their ups and downs.  The radio conversations took a long time, but I feel that it is finally paying off.

The variant covers for this arc have been great. This month’s issue has my favorite variant cover by Bill Sienkiewics. Fans who like both the comic and the television show might know about the shame that comes with liking Andrea.

The majority of people in my life only watch the television show, and they all hate Andrea. She is one of my favorite post-All Out War characters. The show portrayed her as being hot-headed and stubborn. While this is true to an extent I think that comic Andrea is a much stronger character. I thought this variant cover was awesome. Andrea looks pretty but worn down. Who doesn’t love her half Glasgow smile?

This issue starts by finishing the cliffhanger scene from the last issue. Siddiq overhears Mercer and George plotting to overthrow the commonwealth.

The two confront Siddiq, but brush it off at locker room talk (literally). Mercer has had a rough day of babysitting the spoiled son of the Governor. He has every right to want to vent a bit. I also loved the “wrong way” joke at the end of the scene.

Maggie and Dante cannot catch a break! Everyone has been walking-in on them recently. Can’t they just have a secret post-apocalyptic relationship in peace? This time Sophia walks in and is very upset. Much like children of divorced parents, Sophia is having a hard time coping with the idea of Maggie beginning to date again.

This scene was both funny and heartwarming. The effects of Glenn’s death are still being seen seventy-eight issues later. It was also nice to see a quick cameo from Carl.

Following this issue’s trend of family issues, Elodie and Michonne also have an emotional conversation. Elodie talks about how much time she has spent hating her mother. She feels that Michonne abandoned her. Michonne is calm and understanding. I feel that it was important for them to get over this hurdle before building their relationship.

The Commonwealth government seems to like our group. They arrange to have them stay and give them their weapons back. We get to see the first real conversation between Eugene and Stephanie. What really caught my eye was the interaction between Stephanie and Michonne. Both of these characters have dark skin. Could this mean that there is some sort of racial component to The Commonwealth’s leadership?

Everything seems cool until Sebastian decides to show up and start laying his hands on Yumiko. Princess is not about to let that slide. She effortlessly whoops Sebastian and a group of guards until the fight is broken up by Mercer. Sebastian tries to have our group arrested, but Mercer knows better. Sebastian then attacks Elodie.

Michonne is about to draw her katana when Elodie begs her to stop. She tells Michonne that they need to know their place. This is the second time that this issue that hints at possible racism in the ranks of The Commonwealth.

The story is beginning to shatter the facade of the Commonwealth. This seemingly perfect community has a dark side. This issue hints that there is a strict class system in the community. It is strange that the ominous dialogue comes from characters with dark skin. This could also just be a coincidence.

So far our group has only been interacting with government officials and soldiers. Stephanie and Elodie do not have high-level jobs. This could mean that The Commonwealth possibly has a tyrannical government. They expect submission from anyone who is not part of the elite class regardless of race. This theory is reinforced by the fact that Mercer is a high-ranking soldier. That said, he is plotting a revolution. We have to wait to find out!

What Did You Think of The Walking Dead Issue 178?