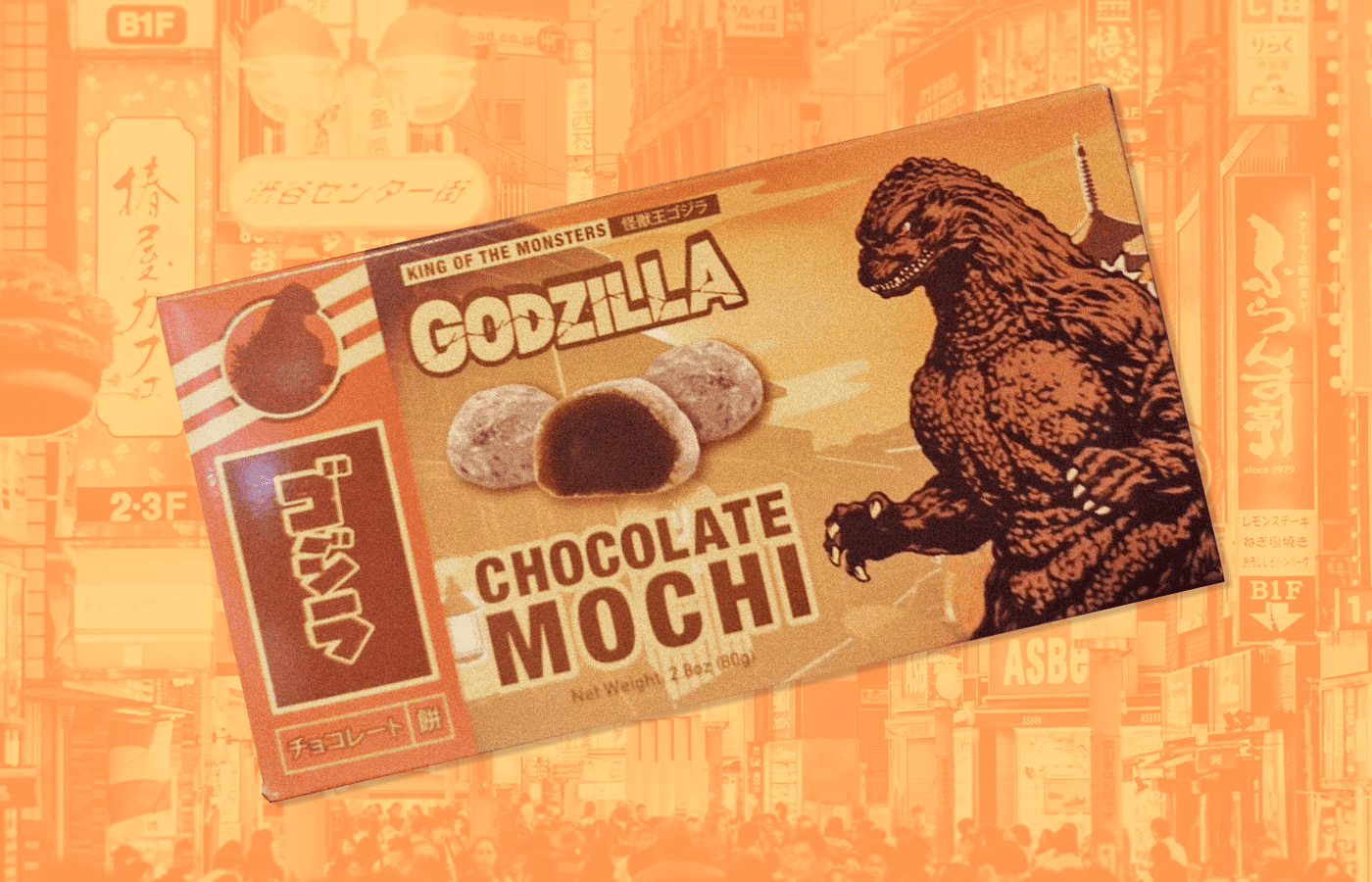 Thanks to the growing rise of anime and other Japanese media being imported to the West, many Westerners have gained interest in many different aspects of Japanese culture, with one universal factory being food! Lately, many specialty shops have begun selling Japanese snacks in the West with one of the most popular being the US-based retail chain FYE (For Your Entertainment).

FYE for the past few years have sold many imported snacks from Japan and other east Asian countries to go along with their various anime, Japanese, and K-POP-related merchandise that include usual favorites such as pocky, Hi-Chews, and (most relevant today) daifuku mochi.

Mochi is a sticky rice dough made out of mochigome, a short-grain japonica glutinous rice, and mostly used to make cakes or similar confectionary. One of the most common uses of mochi is a specific snack called daifuku which is a mochi caked filled with some kind of filling such as Anko (a traditional sweetened red bean paste), fruit fillings, ice, cream, and chocolate. While it has been traditionally a snack to be eaten on New Year’s in Japan, mochi is a very popular snack and is used a lot for many other holidays or special events.

The King Of The Monsters… Now Bite-Sized!

Now on the main subject: the Godzilla mochi! Lately, FYE has been selling mochi themed around various franchises such as Dragon Ball, Avatar The Last Airbender, Pusheen, and now Godzilla. FYE has already made several exclusive snacks for the Godzilla franchise but now we finally have a Godzilla-themed snack that is from his homeland.

Godzilla himself is no stranger to snacks in his home country as Japan has made many snacks themed around the Big G. An example of these are the various dishes and desserts made during Godzilla Fes, an annual celebration held on Godzilla Day, which takes place on November 3rd, the day the original Gojira debuted across Japanese cinemas in 1954. But enough history lessons, let’s talk about the Godzilla mochi itself!

Have you tried FYE’s exclusive Godzilla mochi? What are some of your favorite Japanese snacks? Let us know on social media today!