Werewolves Within Review (2021): The Werewolf Whodunit This Year Needed

Werewolves Within is a zany, werewolf whodunit and it's the horror-comedy 2021 needed. 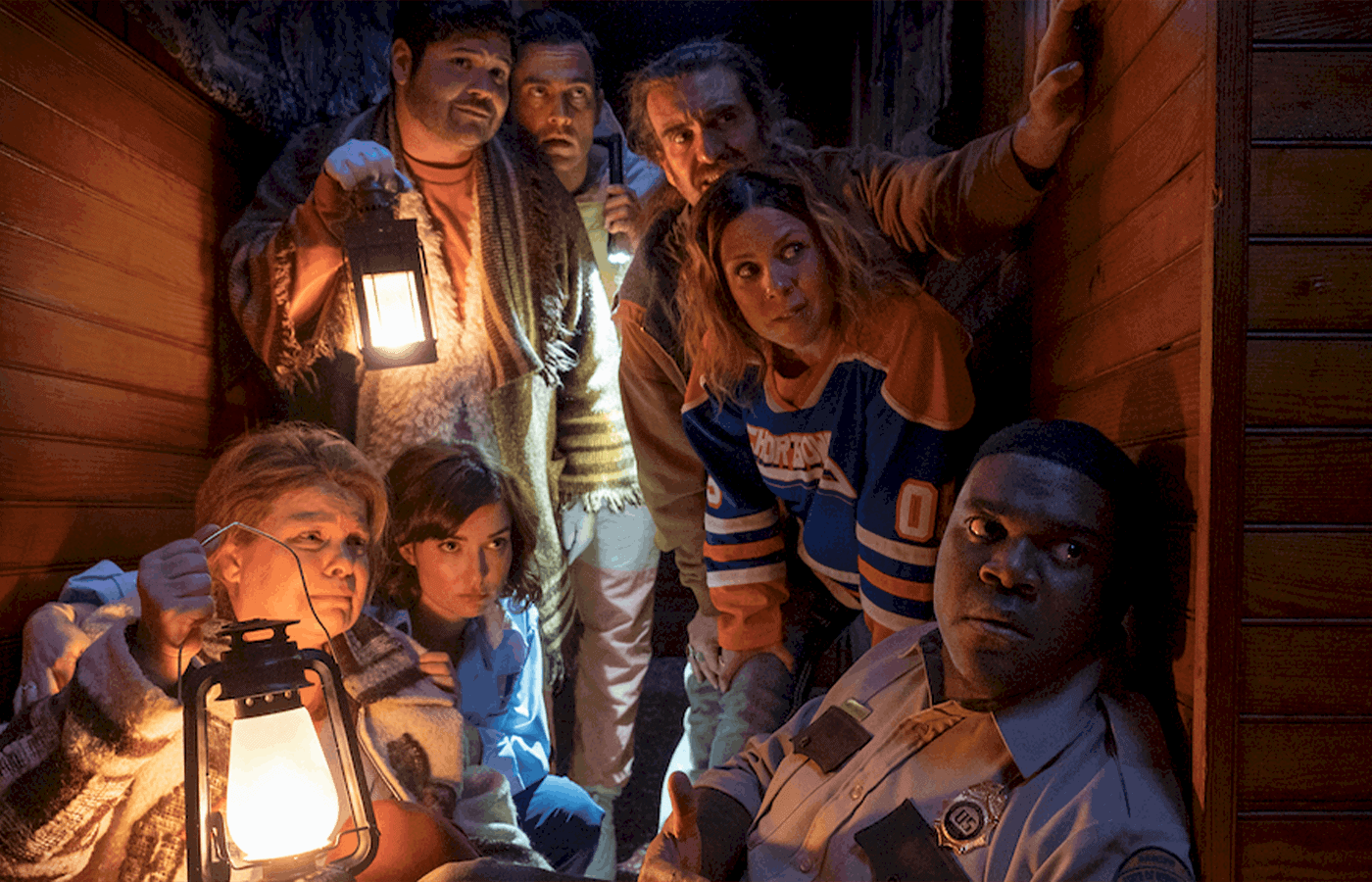 Werewolves Within is a zany, werewolf whodunit and it’s the horror-comedy 2021 needed.

Werewolves Within is a 2021 comedy-horror film based on a video game of the same name. The game was created by Red Storm Entertainment and produced by Ubisoft in 2016 and is predominantly a virtual reality game. The multiplayer V.R. experience places gamers in the middle of a medieval town where a werewolf is continuously attacking.

The players are set into a virtual bonfire-esque circle with others. They are then challenged to put their heads together to figure out who is the werewolf and who is innocent. As of writing this review for Werewolves Within, I’ve not had the opportunity to play the Ubisoft game, so my review and comparisons are based solely on what I’ve researched and seen online.

What is Werewolves Within About?

The film adaptation, directed by Josh Ruben (Scare Me), was also produced by Ubisoft in partnership with Vanishing Angle. Werewolves Within was written by Mishna Wolff and follows the story of Finn Wheeler (Sam Richardson) as he becomes the new ranger in the small snowy town of Beaverfield.

Upon entering Beaverfield, Finn is greeted by the town’s wacky residents, including Cecily Moore (Milana Vayntrub), the town’s new postal worker who introduces him to the rest of those who call the rural area home. One day upon finding a deceased resident and all of the town’s generators torn up by a mysterious force, accusations are thrown left, and right and panic hilariously ensue throughout. Tensions only increase amongst the townsfolk when rumors that a werewolf is the cause of the town’s problems begin to spread.

As night falls, the residents gather together in the Inn to survive the night. But it seems no one is prepared for what awaits in the future as secrets unravel and the perpetrator claims more and more victims.

One of the main reasons I believe this game was easy to adapt into a movie is its plot. The game’s concept follows a group of townspeople attempting to figure out who the werewolf is among them. It’s a simple concept that can be easily expanded upon and can diverge into almost any direction without losing the audience.

The game structure would work in any setting, really, and leave plenty of room for interpretation. That being said, I also believe the idea to make this film lean mainly into the realm of comedy was an interesting one.

Going into the film with only its trailer for reference, I’d expected a bit more “classic bloody creature feature” than what was revealed on screen. There are plenty of horror-esque aspects that are weaved in. Such as suspenseful music, jump scares, gore, and creepy imagery. Werewolves Within is a borderline political dark comedy that spends a lot of time poking fun at specific characteristics of party stereotypes. This allows the horror to take shotgun on its wild ride, which’s full of unexpected twists and turns.

Within the first few minutes, my expectations of what this experience would be like were set in stone. This film starts with a quote from Mr. Rogers set to spooky music and a creepy-ish background, setting the tone for exactly what fun awaited. Werewolves Within also likes to poke fun here and there at a great many movie tropes. Anything from a creepy woman in a rocking chair to a John Wayne stereotype making mysterious claims in the corner while pouring booze into his coffee cup.

There are a fair few films out there that take interesting routes or have fascinating creative decisions. The thing about these types of movies is if these choices aren’t fully leaned into and explored, most of the time, the film will fall short or feel as if the creators didn’t take the full leap of faith.

All that said, another thing I’ll have to give Werewolves Within is that it went above and beyond to make its characters feel like wacky characterizations. Because they fully leaned into the silliness and acknowledged it with all of the characters shown, I believe it worked and did its job. Throughout the movie, I felt that all of these characters belonged to the same universe, instead of the feeling that one or two here and there didn’t feel as if they were in the same vein as the others.

The moment we meet the film’s main character, it’s obvious he’s meant to be a caricature. At first, I thought he would be the odd one out in the film and be a victim of weird glances and the butt of jokes once he reached the town. However, this wasn’t the case, and upon reaching the town and meeting its other members, I, as a viewer, instantly viewed him as the most normal of the bunch, which was pretty refreshing.

While the film focuses mainly on its comedy, it has a handful of well-done horror-inspired scenes that include excellent makeup and editing. I actually found myself liking the werewolf suit a lot and sadly wish that we would have been able to see a bit more of it throughout the film.

All in all, Werewolves Within was a fun ride from beginning to end. Along the ninety-seven-minute ride of chaotic goofball fun, there are plenty of twists and turns and gorey moments to keep you well entertained and guessing till the end. The film has a wonderful cast that plays their over-the-top characters very well and sells exactly what they want you to believe about them. Werewolves Within is a zany, werewolf whodunit that we absolutely needed this year and we hope to see this as a launchpad for director Josh Rubin.