What Kaiju Fans Can Learn From Horror Fans

It's okay to embrace schlock for schlock's sake. 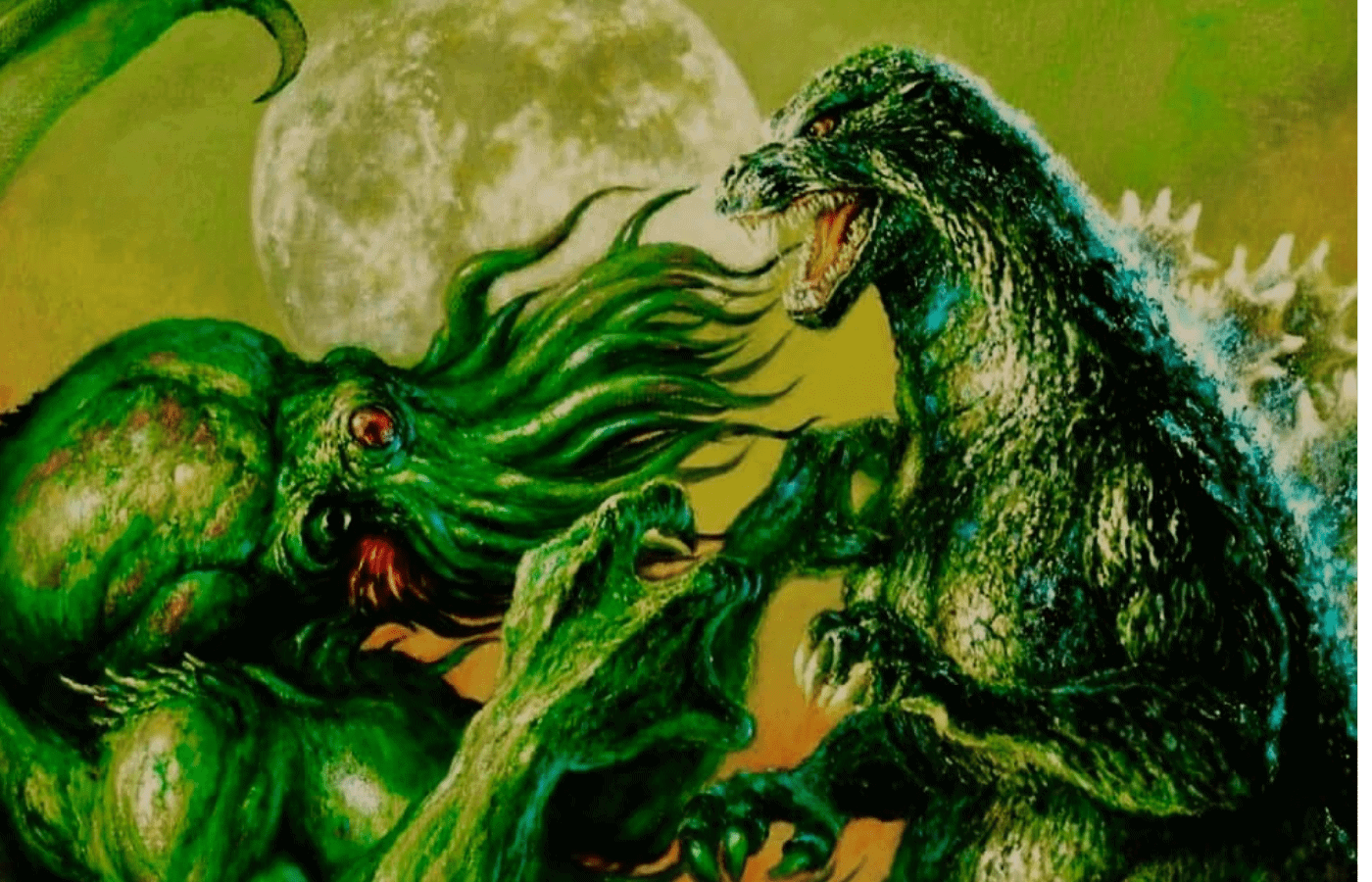 So lately I have been noticing an issue within the kaiju fandom that is starting to become a bit of an issue: they take the genre way too seriously. I know some may call me hypocritical as someone who hosts a podcast and writes pieces analyzing the deeper meaning of kaiju films, but let me clarify this. See, I can analyze the socio-political environment of a film such as Godzilla vs. Megalon, at the end of the day I will say the film is pure schlock. Very fun schlock, but still schlock.

However, I have been noticing individuals within the community treating essentially every kaiju film as high art, which is honestly a major disservice to the genre as a whole. Look, there are standout entries that are not only great monster movies but great films as a whole, like the original Gojira, Shin Godzilla, and the Heisei Gamera Trilogy.

But the keyword is “standout,” as they are exceptional entries in a genre that at the end of the day is selling itself as popcorn fare. For every Gojira, there are dozens of creature features that are made to be fun Saturday afternoon matinees. And treating every single film as high art is intellectually dishonest and comes across as  apologist behavior.

It seems this dishonesty stems from how, for decades, the kaiju genre in the West has been dismissed as artless schlock without any merits. This includes how suitmation is seen as “cheap” and “lazy” without understanding the actual work behind the films, nor how some kaiju films were compromised in their international releases. However, a consequence of pushing back against  this dismissive attitude is trying way too hard to seem legitimate without 100% confidence within the material subconsciously. So as both a fan of the kaiju genre and the horror genre, let me teach some of my fellow kaiju enthusiasts a thing or two from horror fans that can help them embrace their love without any dishonesty or fear of illegitimacy.

There Is Value In Cheesiness

Listen, guys, I love films such as Godzilla vs. Megalon or Gamera vs. Guiron, despite the fact that I would never say they are good films. But a film doesn’t have to be good to have value. Lately, however, I’ve noticed members within the community stating that some of the more cheesy kaiju films are much more than they really are. And before I am called a hypocrite, there is a difference between finding a discussion in a film and claiming that the film itself is good.

Just look at how many horror fans can write essays on the works of genre filmmakers such as Herschell Gordon Lewis and Roger Coreman or cult films such as Chopping Mall and Basket Case. These films and filmmakers have garnered massive cult followings with fans getting excited when these films are on streaming platforms or get a new physical media release. The thing is, though, when you ask fans of these films about their love almost all will say something along the lines of “This film is trash, but it’s my kind of trash!” or “It’s schlocky fun!” There is a level of self-awareness about the material; they know it’s not a traditionally good film, but despite that, many fans find joy in the film’s overall entertainment value, and through that, value can be found about the film’s place in history. Hell, there are documentary films devoted to these filmmakers and genres.

And with episodes of Gargantucast and my writings, I apply that philosophy to the kaiju genre. I can say I love a film such as Godzilla vs. Megalon and have the self-awareness to see it as a campy film. And before I am called out as a hypocrite, I feel there is a significant difference between having a thoughtful conversation about a film and the film itself being thoughtful. An easy example for me is a film like Godzilla vs. Gigan: while the film itself is not technically good, it’s a fun time and there are elements that have quite some meat to have conversations around, such as the comic book aesthetics, the engaging characters, and some of the film’s social satire. Having all these elements, however, doesn’t guarantee a good film, but still shows that you can value these kinds of media.

My point at the end of the day is to stop trying too hard to show there is value in the kaiju genre. Kaiju and Tokusatsu media has been unfairly brushed aside by Westerners, but like any genre, it’s not 100% perfect, and that’s perfectly fine. Sure, some people hyping up films such as Godzilla vs. Megalon are doing it ironically, but it has reached a point that it seems the irony is being lost. Take a step back and look at your horror peers. They’re a community whose passions are just as ridiculed as ‘lesser than’ by mainstream media but they take it with pride as rebels of the genre. That confidence in their favorite genre is powerful and maybe horror fans can give lessons of genre-esteem to kaiju fans.