Jello Biafra Does Five-Part Series Of ‘What Would Jello Do?’ Called ‘Joe Biden: The Last 100 Days’ 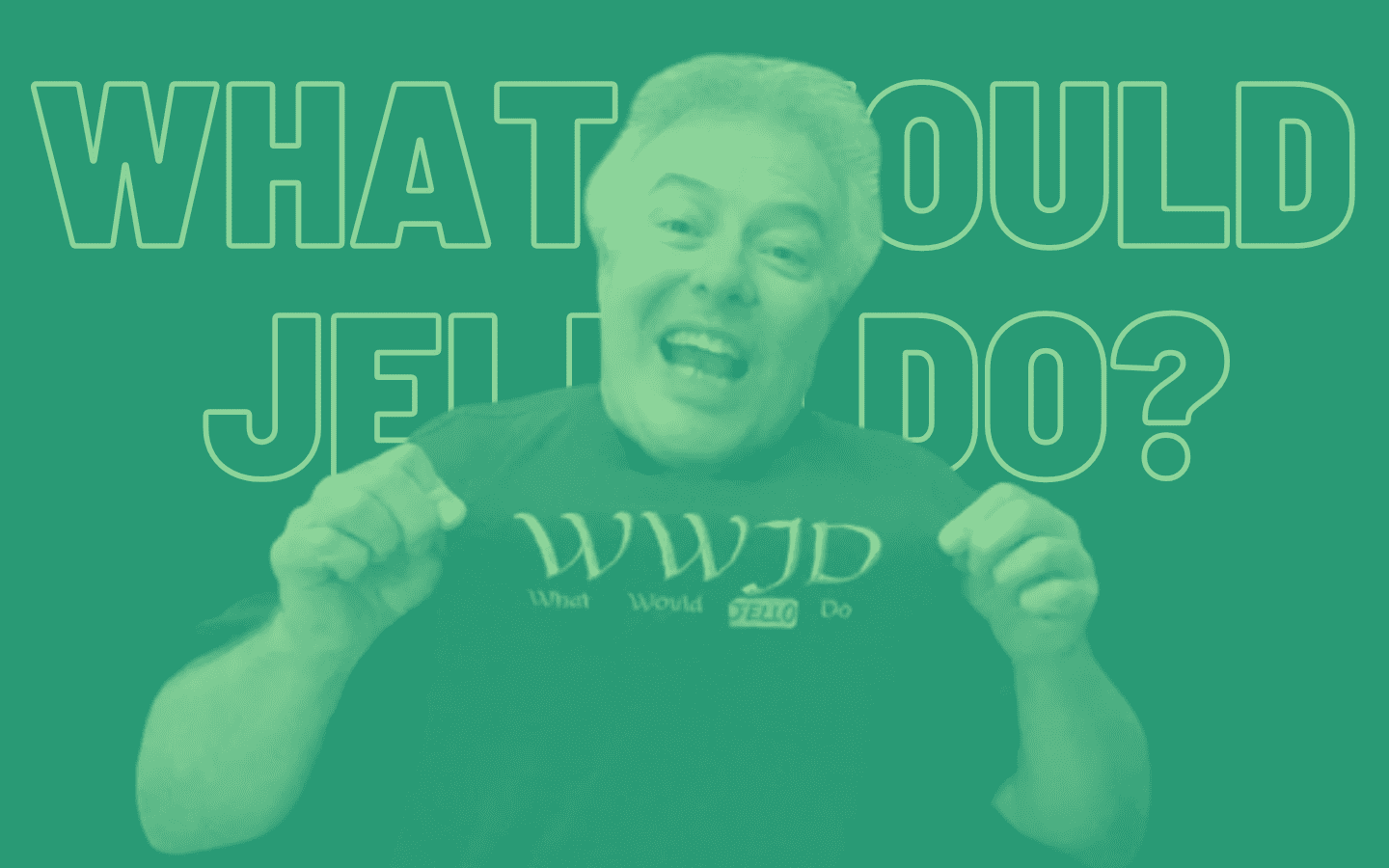 About ‘What Would Jello Do?’

‘What Would Jello Do?’ is a web series hosted by Jello Biafra, most known for his work in the Dead Kennedys. It is hosted by Alternative Tentacles. In this series, Jello gives his thoughts on the political issues of the day. As a former anarchist and current left-wing thinker, Jello has a unique take on modern politics.

Over the past few weeks, Jello has been doing a five-part series about the current state of the Biden administration. While Jello is a left-wing guy, he has a lot to say about the recent shortcomings of the Democratic party.

In general, Jello Biafra seems to be unimpressed with the current state of the Democratic Party. Since the election of Donald Trump, the Democratic Party has basically become complacent. Their main sentiment seems to be ‘at least we’re not that guy’. However, this is not good enough. Keeping the right-wing at bay shouldn’t be the main issue of the party.

Today we are going to watch all five parts of Jello Biafra’s series ‘Joe Biden: The Last 100 Days’. Let us know your thoughts on social media. Enjoy!

The first part of this series sets up Jello’s current take on the Democratic Party. He seems fed up with the Democrats’ lack of action on major events. As we all know, Roe V Wade was recently overturned by the Supreme Court. The Democratic Party is still telling people “we’re the good party, vote for us and give us money”. It seems that Jello is not impressed with this sentiment given the lack of results.

Jello is not just here to complain. In this video, he gives many examples of how both politicians and regular people can fight back against oppressive forces coming from the right. He urges people to support organizations like Planned Parenthood. He also asks the Democratic Party to start actually doing the things they say they want to do.

In part two, Jello starts off by going over the good things that the Biden Administration has accomplished since Joe Biden was in office. This includes proactive measures for climate change and undoing many of the bad policies put in place by the Trump Administration.

At the same time, there are still many Trump-era policies that are still in place. One great example is how the southern border of the United States is being handled. Jello also mentions that, while we did pull out of Afghanistan, violent foreign interventions are still going on.

Jello also spends a good part of this video talking about voting rights in the United States. Over the past decade, we have been seeing the Republican Party make moves to limit who can vote. The Democratic Party has stated that this is one of their most important issues during the Biden Administration. Jello goes over why this is such an important issue, and what Democrats can do to make sure everyone gets to vote.

Jello spends a good part of this video discussing recent issues with gun control policy. He brings up a point that is typically used as a joke. He says that bullets should be hard to come by. It is very difficult to get rid of guns. Jellos seems to feel that regulating ammunition may be more effective. This reminds me of the classic Chris Rock joke where he said bullets should cost $5000 each. Jello also discusses the liability of gun sellers. He advocates for laws that put gun sellers at risk of persecution if one of their customers uses their guns to murder people.

In the second half of the video, Jello turns his attention to the War on Drugs. While marijuana and other drugs are becoming legal on a state level, the federal government has not budged on changing nationwide drug policies and classifications. This causes peaceful people to be put in prison for drug possession and use. Jello understands that Joe Biden has been an advocate for the War on Drugs for much of his career. He calls upon the Biden administration to repeal many of the oppressive drug laws in our country.

RELATED: The Forever Purge – Gun Happy Rage In The USA

Part four of ‘Joe Biden: The Last 100 Days’ primarily deals with inflation. Inflation is an issue that is being manipulated by both large corporations and the government. Jello believes that this round of inflation is being used to funnel money from the average person up to both the government and the wealthy elites.

Jello also talks about the large amount of money that is wasted by the government. Many laws and policies are passed that give money to different agencies in the federal government. However, much of this money does not translate into positive outcomes for the average person. Much of the money taken from regular people in taxes is circulated around by our elites.

In the final part of ‘Joe Biden: The Last 100 Days’, Jello goes over what may and should happen for the rest of the Biden Administration. The fossil fuel industry is deeply engrained in both our society and our government. Our rulers and elites have no incentive to change what they are doing, especially when switching America over to more environmentally-conscious technology would cost them money.

Jello cites climate change as one of the biggest issues facing both Americans and the world as a whole. He feels that not enough government resources are put toward this cause. His primary solution is to funnel money from the military to fight climate change. At this point, the climate may be a bigger threat to human life than our enemies in other countries.

What Did You Think Of Joe Biden: The Last 100 Days?

We hope you enjoyed our breakdown of Jello Biafra’s new five-part series of ‘What Would Jello Do?’ What did you think of this series? Let us know on social media!

Where To Find Alternative Tentacles