Why I Am Not Above Media Piracy

Art isn't a privilege to those who can afford it. 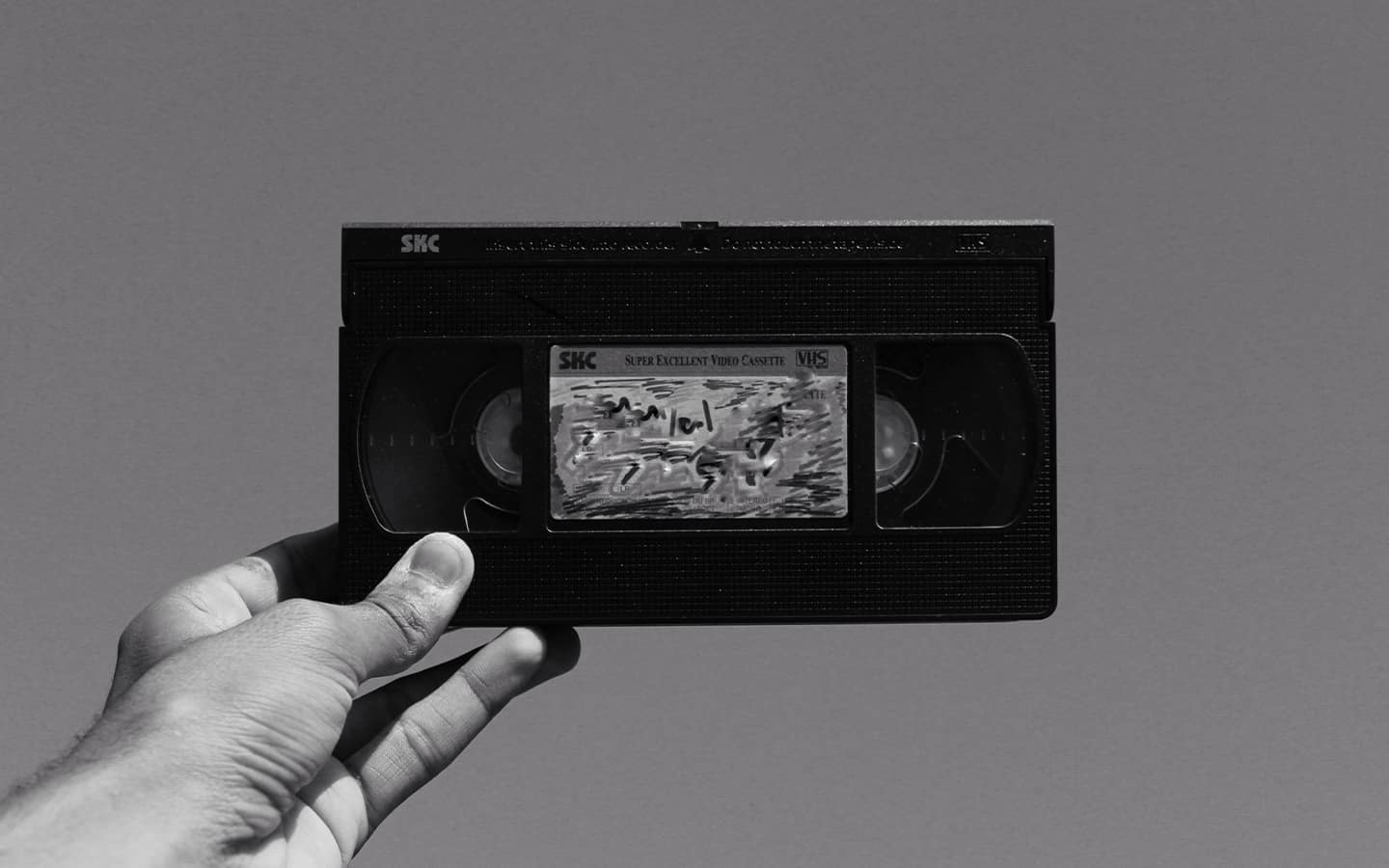 Art isn’t a privilege to those who can afford it.

On August 14th, 2020, the infamous streaming websites KissAnime and KissManga were permanently shut down after Japan had revised its copyright laws. This is due to these sites being an open-source to a massive catalog of media illegally uploaded to the site. Essentially it was THE anime piracy website. While I have many issues with KissAnime and all sites under its umbrella such as a disgusting amount of virus-ridden pornography ads (to which KissAnime tried to force down our throats even with adblockers) and try to charge the luxury of ad-free streaming, many fans of anime were devastated by the loss of the site as seen with responses on social media.

Despite many lamenting the death of these websites, many within the anime industry celebrated the end of KissAnime, stating that in the end there is no excuse for piracy. Though some of the reasoning came across as *ahem* tone-deaf at best. Some of the more egregious responses included “If you don’t have access in your country, tough luck, you’re not allowed to watch it” or “If it’s lost media, then it’s lost”. And seeing these responses had me thinking, it’s not a black and white situation. In fact, I say piracy is a vital part of the preservation and distribution of art whenever it is needed.

I’m not gonna bullshit here I have pirated media before. Whether it has been an anime series yet to be released in the west with fan subs or buying bootleg copies of genre films that have long been out of print. But I also go out of my way to watch media legally IF it’s available legally. And the keyword is if.

One of the biggest issues of being a fan of genre media is how major media companies have the rights for vast amounts of obscure works of film, television series, and literature yet won’t bother keeping them in circulation. And in this day and age of late-stage capitalism, it’s a distribution problem.

Just look at the dozens of streaming and VOD (video on demand) sites. In theory, streaming allows legal access to a massive library of films and television series in the comfort of your home. But many of these streaming services are at the mercy of licensing deals of the properties’ owner and if the streaming site or license’s owner doesn’t want to renew – that film or show is gone. This is especially unacceptable for VOD where you purchase the title, only for it to disappear from your digital library. Essentially you are not paying to own a film digitally, but the privilege to access it legally for as long it’s on the service and once it’s gone, well tough shit. In this era of dozens of streaming services, it’s getting harder to keep up both financially and mentally.

As such one could argue physical media should be a solution against the fragility of streaming and most of the time yes it is…but it isn’t perfect either. Firstly as said before not every film released on DVD and Blu-Ray will be in circulation, especially for genre media. Many times these releases will go out-of-print, so the only way to find them is on the secondhand market, which is filled with scalpers and sellers charging ridiculous amounts of money. A personal example of this is for years I was trying to find a copy of War of the Gargantuas from a third party seller online, only to see it go for around $100 at minimum. Look I buy DVDs and Blu-Rays all the time but for $100 I’d rather get a box set than one film. So I decided to get a bootleg copy of the film at a convention last year for a quarter of the price.

Not to mention dozens of obscure films and shows that have yet to be given a DVD or Blu-Ray release. It’s a shock but despite the advent of these formats some titles are still only available for VHS and as such these titles are even harder to gain access as first you must find the VHS, then buy a VCR, and finally completely change your media set up so the VCR can even play on a modern TV. And at this point, the companies and studios aren’t even getting money for these titles, only the sellers with these used copies so before you preach “support the legal ways of watching media”, it’s important for studios and companies to keep these titles available in the first place! It’s economics 101: if there is a demand then the supply should fulfill it. Look at the success of Criterion’s Godzilla: The Showa Era set or Arrow’s Gamera Complete Collection as these films were out-of-print for years, only to become top sellers once released.

But the issue is that because they were out-of-print in the first place, what are those interested in these titles supposed to do? Wait for a potential release that may or may not come? Not to mention not everyone is financially stable to afford physical media or streaming services as they are trying to get buy on essentials. So should art and media be a privilege for those who have a disposable income? I call complete bullshit on that! Art should never be a luxury just for the wealthy!

One of the major reasons that piracy is vital is that it helps those who live in regions those films or shows are denied access to that media. Despite the advent of the internet and media expanding to a global audience, many companies and studios have yet to either catch up or choose to ignore any audiences past their local demographic. As such many streaming sites aren’t available overseas, a lot of physical media releases are region locked, and in more extreme cases live in regions where media is censored by the local government.

Again those who argue against piracy state that it is the right of the companies to allow where their media is watched, but at best that’s an ignorant statement and at worst very condescending and uncaring. We don’t have a choice where we are born so why should companies deny access to those who live outside of the local demographic? And this was why so many online lamented the loss of KissAnime as a lot of Japanese studios have just recently realized their properties have a larger audience outside of Japan. Not to mention films and series from other nations that are rarely if ever exported. Like did you know Nigeria has its own style of horror? No? That’s because these films are rarely exported.

This also applies to many regions outside the West who don’t always get our media imported there. I have spoken to many fans of genre media across the world such as from the UK and Australia and they don’t always get releases from the US legally. So yeah they have to resort to piracy as studios don’t bother with them. I mean it’s fair as the company is not making money from those markets so nothing is lost.

And then there’s those who live in regions whose governments heavily control and censor media imported (if importation is even allowed in the first place). Look at China that heavily controls what media are imported, an example of this is the banning of Back to the Future as the Chinese government forbids films with time travel in order to not give its citizens the idea of changing the past. Also, there are those under totalitarian governments a la North Korea. It may come as a shock but exposing those who live in those regions media from other nations helps break the media brainwashing from those governments. An example of this those who sneak into North Korea who brings not only essentials like food and water, but USBs filled with pirated media that help show what the world is truly like without the state-sponsored propaganda. A lot of people tend to forget the power of media. Why we should deny that knowledge to people across the world who have no control over the media given to them?

Information Should Be a Right, Not A Privilege

I get that to those who work in media piracy is the biggest threat to your industry, but to fully condemn it and demonize those who partake in it forget the reason it exists. Not everyone who pirate media are simply too stingy or lazy to legally support it (some are but they’re assholes), in fact, if people have ways to get the media they want legally they’ll most likely support it legally. However, not everyone has that privilege, and it’s incredibly unfair to say they can’t enjoy art simply because they’re in an unfair situation. In fact, many with pop culture understand the need for open access to art such as horror actor Vincent Price who would buy pieces of high art, only to open free art shows open to the public as he wanted to make sure it is shared with the masses. He understood the power of art and that not everyone can afford hundreds of dollars just to attend a fine art show.

Art isn’t a privilege to those who can afford it, it’s another source of information that should be accessed to the public. I’m not saying it should all be free, but companies should take the initiative to keep the works of media they own in constant circulation in order for it not be lost. And if they problems that some obscure movie released twenty years ago and is only available on VHS is being pirated, maybe they should wake up and be like “Oh shit people still wanna watch this? Let’s make it legally available so we can make more money!” Because piracy exists for a reason right?