Why Is Kamen Rider So Hard To Get In The West?

Kamen Rider is one of the pillars of tokusatsu along with Ultraman, and Super Sentai, so why deprive fans across the world such a legacy series, especially on the eve of its 50th anniversary? 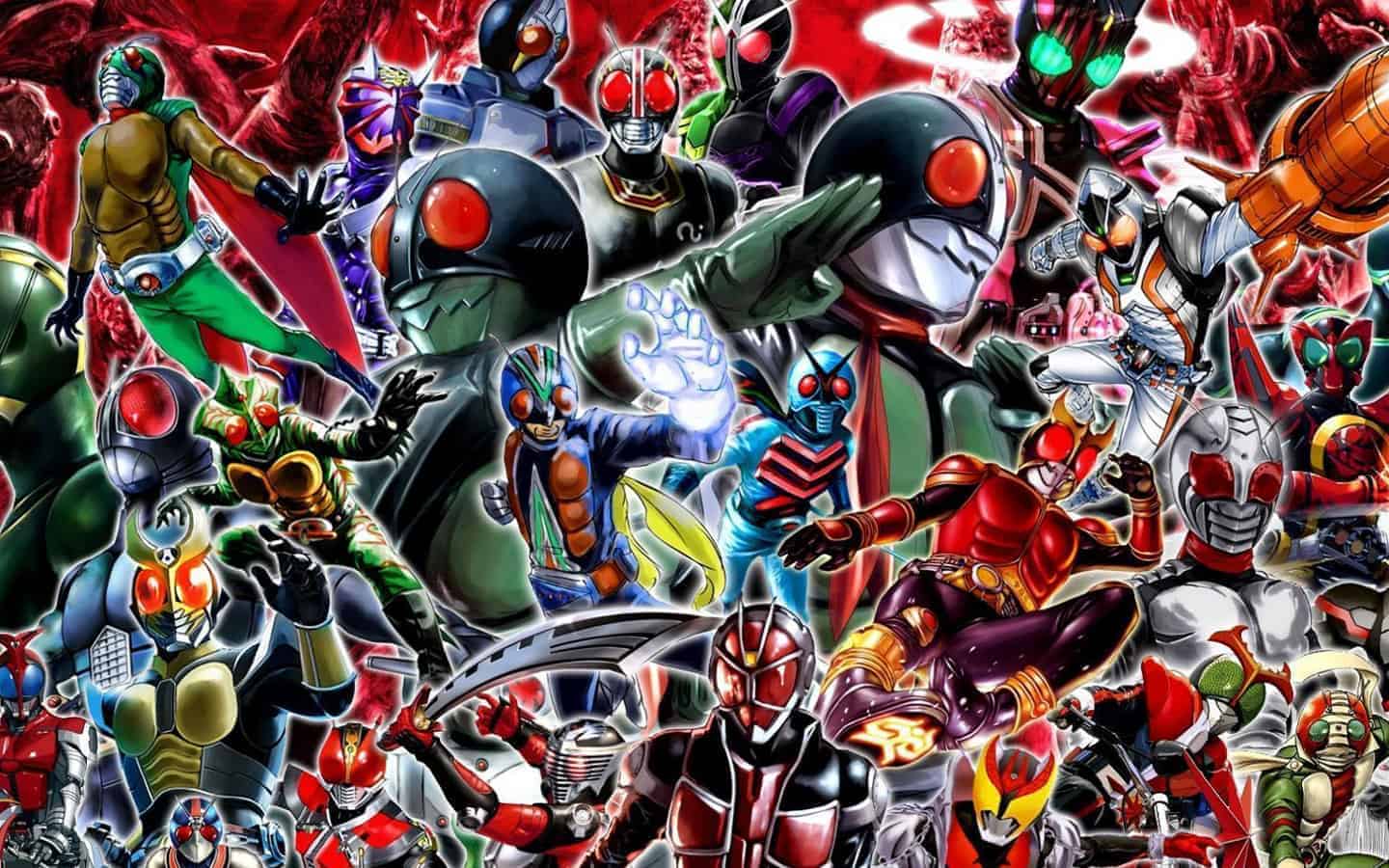 Why is it so hard to watch Kamen Rider here in the west?

As someone wanting to dive more and more into the larger Tokusatsu genre, the one franchise that loomed over me was Toei’s decade-spanning Kamen Rider franchise. Unfortunately, the two things holding me back are where to start and where to watch. Sadly when it comes to official channels, Toei and its subsidiary Team Rider has been lackadaisical with bringing Kamen Rider to the west with Shout Factory only having the original Kamen Rider and Kamen Rider Kuga available for streaming along with the Amazon Prime exclusive Kamen Rider Amazons.

It’s even more insulting that Toei has an official YouTube channel where a lot of their tokusatsu works for can be viewed for free, but very few actually have official English subtitles. So legally I only have scraps to work with.

As I have said before I am not above piracy but the difficulties with Kamen Rider are that many had to fansub (when fans subtitle a work themselves) and not to mention many different opinions on where to start. Especially when a season of Kamen Rider has over thirty episodes, beggers truly do have to be choosers.

But what really peaked my irritation for the lack of western accessibility to Kamen Rider is this year Toei and Team Rider had a golden opportunity to change that with a brand new season Kamen Rider Saber, which was eagerly awaited by fans and even some of the cast hoping this season was to get international love. Instead, Toei simply airs it in Japan with little regard for any other markets wanting to see it.

It’s especially insulting when their competitor Tsuburaya Productions has lately been going on a warpath bringing their flagship Toku series Ultraman to westerners with nonstop Blu-Ray releases, an exclusive streaming deal with Shout Factory, and even simulcasting their latest season Ultraman Z on their official YouTube channel with official English subtitles for free. Not to mention the only thing holding Tsuburaya back was them dealing with a massive legal nightmare lasting over a decade. So Toei has no excuse to jump in with a western push for Kamen Rider in this day and age of globalized media.

This is especially frustrating as I have seen a few episodes of Kamen Rider Amazons along with the short films Kamen Rider ZO and Kamen Rider J, to which I thoroughly enjoyed. Sure I’m still a newbie when it comes to this massive franchise, but I want more as seeing men in badass costumes fighting monsters on motorcycles is awesome! But seeing how hard it is to watch more of Kamen Rider, it had me thinking “Why is it so hard to watch Kamen Rider here in the west?” So let’s go through my observations on the obstacles in watching one of the most important Tokusatsu franchises ever.

When They Tried…And Failed (Twice)

One must wonder why Kamen Rider has very little presence in the west when Toei’s sister series Super Sentai would be localized into the massively popular Power Rangers franchise. Surely Toei would want to have Kamen Rider get in on that level of success. The fact is Toei and then Power Rangers‘ Hiam Saban showrunner actually had that in mind when it came to Mighty Morphin’ Power Rangers third season titled A Friend In Need.

A three-part season premiere special first airing on September 2nd, 1995, A Friend in Need follows the Power Rangers and they came to the aid of a new hero, The Masked Rider. This would be a very significant day for many fledgling tokusatsu fans in the west as for many this was their first exposure to Kamen Rider. See the plan for this third season special was also meant to be a backdoor pilot for Saban’s planned sister series to Kamen Rider appropriately titled Masked Rider (which is also the international name for the Kamen Rider series outside of Japan). The series would be made similar to Power Rangers with the use of Japanese tokusatsu footage (primarily from Kamen Rider Black RX with some stock footage from ZO and J) spliced with American scenes outside of the fights.

This was actually Saban’s third attempt of bringing a Toei tokusatsu into the west as the year before he would adapt the robot-themed Metal Heroes into VR Troopers, but the advantage Masked Rider had in theory is being launched by the immensely popular Power Rangers. And while episodes of Kamen Rider have aired in Hawaii with its large Asian population, this was the first time Kamen Rider truly got a large western push. And it’s fitting Saban was making a somewhat shared Western Toku universe as in Japan Kamen Rider and Super Sentai frequently crossed over multiple times even to this day.

But the one biggest oversight Saban had when adapting Kamen Rider for a western audience is one issue: tone. While Kamen Rider is marketed towards children, the series tended to be much darker than not only from western children’s programming but even from Super Sentai. In fact, the Kamen Rider season Saban adapted from Black RX is one of the darkest seasons up until that point with the stock footage of ZO and J is aimed primarily towards mature audiences.

But since Saban wanted to make a lighting strike multiple times with shows like Power Rangers, he had Masked Rider aimed towards children. He even went full steam ahead with toys and other tie-in merchandise. But sadly Masked Rider never reached anything close to the success of Power Rangers and only lasted for two seasons before being canceled in 1997. According to the former president of Bandai Shinichi Moriyasu, Masked Rider was a commercial flop with the series having significantly low ratings and very low merchandise sales.

But with Power Rangers taking up most of the pop culture zeitgeist, everything else seemed to be derivative and not bring anything new to the table. Honestly, Saban should’ve made Masked Rider a series that could be watched by both kids and adults. Look at genre shows during the 1990s like Hercules: The Legendary Journey or Xena: Warrior Princess that had audiences with both kids and adults. Having Masked Rider be taken in that direction would’ve made it stand out when compared to Power Rangers (especially when it’s adapting a much more matured series).

Despite the failure of Masked Rider, over a decade later Toei was looking to adapt Kamen Rider into the west, this time from Adness Entertainment. Brought to television by Steve and Michael Wang and produced by Jimmy Sprague through Adness Entertainment, Dragon Knight would have a sneak premiere on December 13, 2008, with a full premiere January 3rd, 2009.

Kamen Rider: Dragon Knight is a unique type of western Tokusatsu adaptation as it remained very faithful to it’s source material Kamen Rider Ryuki (which was chosen for its massive cast and the inclusion of a female Rider) as much of the team behind it were massive fans of Kamen Rider. This even went as far as keeping the title as Kamen Rider instead of Masked Rider, which is Toei’s primary title across international markets. Stephen Wang would state in an interview with SciFi Japan:

“Growing up, I never watched ‘Masked Rider’… it was always KAMEN RIDER and seeing it called ‘Masked’ always felt strange. I’m just not a fan of using descriptions to name a character such as ‘Masked’. That’s like calling Darth Vader ‘Armored Sith Lord’. It’s silly to me.”

Once released the series gain a lot of positive reception from western Toku fans for remaining respectful to the source material while adapting it towards westerners. I myself remember seeing a few episodes of Dragon Knight and found it stood out among other western Tokusatsu like Power Rangers, with the main character Dragon Knight himself looking super badass (along with the stellar performance of Stephen Sean Ford). The series even won a Daytime Emmy for “Outstanding Stunt Coordination”. But despite the acclaim, the series sadly didn’t resonate with audiences when it aired on CW4kids (as Saturday morning children programming blocks were declining in the late 2000s/early 2010s) and the series was canceled after its first season.

While there haven’t been any official reasons why Kamen Rider has such little presence in the west, there are different theories and second-hand accounts as to why Toei and Team Rider had very little interest in western fans. So unless we get an official statement from someone within Toei or Team Rider, take some of this information with a grain of salt.

Recently I have spoken to a few fans of Kamen Rider such as Kaylyn Saucedo aka MarzGurl on the lack of Kamen Rider in the west and their insight was very helpful. Some of the theories are that Toei, like many Japanese studios as a whole, has what’s called Galapagos Syndrome. Essentially because they have a strong audience in Japan, they don’t want to bother risking other markets outside of Japan. This makes sense sadly as with the failures for Masked Rider and Kamen Rider: Dragon Knight, in Toei’s eyes Kamen Rider is unable to get a foothold in the west so why bother?

It is also theorized that because many Japanese studios are insular in their focused audiences, they have become ignorant to the very idea of western fans even existing. Apparently it is said Team Rider has approached Toei for simply importing the original Tokusatsu with subtitles, which in all honestly is much less costly than a full adaptation.

However, Toei is either oblivious to the sizable amount of interest or simply uncaring until now as seen with the importing of the original series and Kuuga. Not to mention Bandai’s Western toy distributor Bluefin Brands managing to convince Toei to import Kamen Rider toys in the west was said to monumental as Toei had little idea of the demand from westerners.

So at the end of the day, it all comes to showing Toei that Kamen Rider has an audience worth investing here in the west. In my quest of finding information, most Kamen Rider fans have said most of the fandom is built on fansubs and Bootleg DVDs. It’s this lack of initiative from companies like Toei is the reason many resorts to piracy, and yet they get upset when they find out it’s being pirated without the self-awareness to understand why.

So I ask Toei to please listen to Team Rider, listen to the fans, and please give us a legal way to see Kamen Rider. Kamen Rider is one of the pillars of tokusatsu along with Godzilla, Ultraman, and Super Sentai, so why deprived fans across the world of such a legacy series, especially on the eve of its 50th anniversary?