Braaains!: Why We Love Return of the Living Dead

Return of the Living Dead has the perfect elements for pure popcorn-munching entertainment. The type that you can sink your teeth into and feast on some brains! 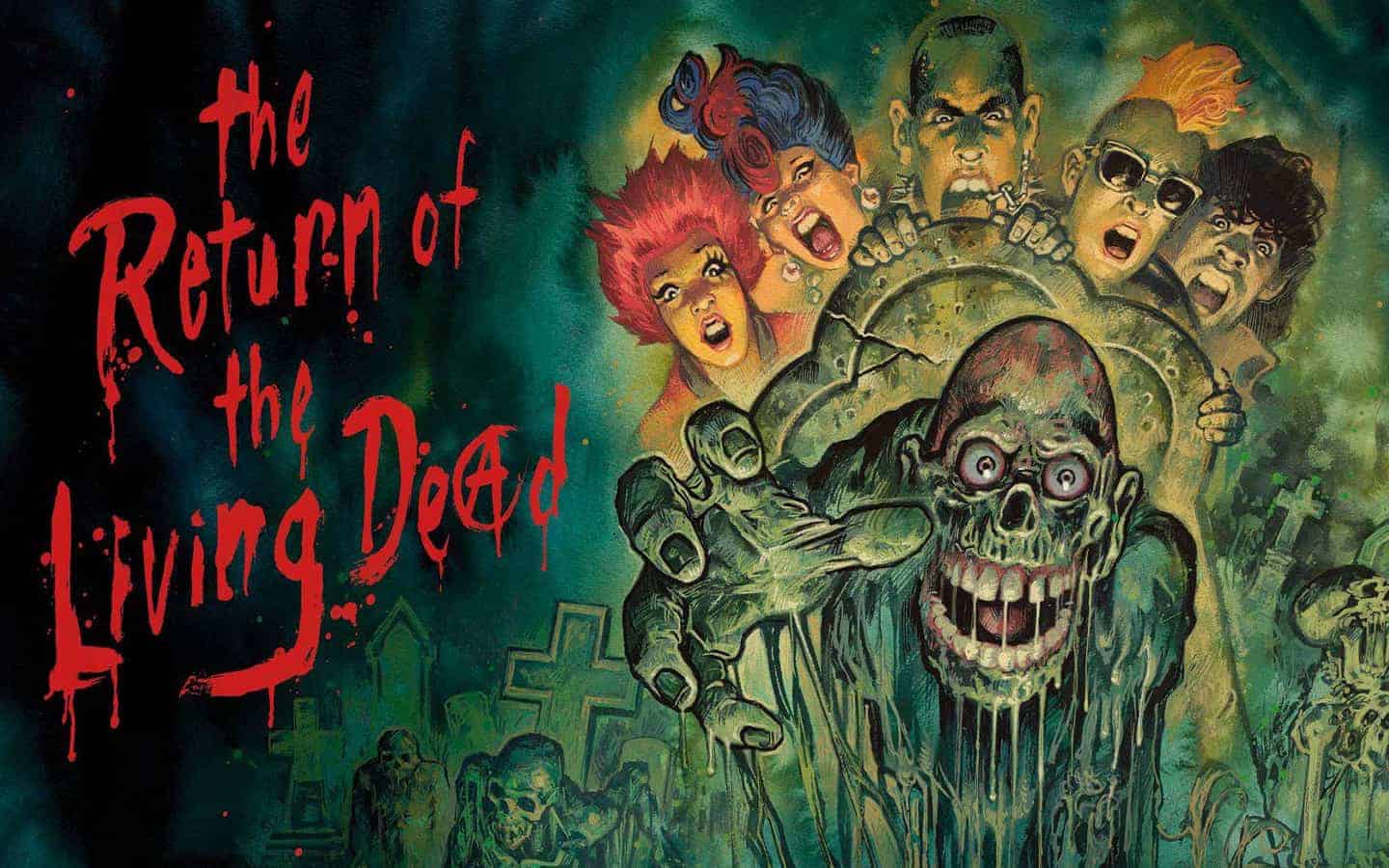 Return of the Living Dead has the perfect elements for pure popcorn-munching entertainment. The type that you can sink your teeth into and feast on some brains!

Horror-comedies had been around for decades by the time Orion Pictures released the 1985 zombie flick, Return of the Living Dead (ROTLD). While it may be widely understood, this is the 23 and me relative of “Night of Living Dead” conceived by writer-director Dan O’ Bannon, it’s a horror-comedy that has clung to our brains for the last 35 years!

Return of the Living Dead Synopsis

The story follows Freddy (Thom Mathews) and co-worker Frank (James Karen), bumble their way into opening a government container of 2-4-5 Trioxin. From here ensues an onslaught of comedic carnage. Throughout the night, we witness the dead’s resurrection and the melee of events unfolding as Freddy and friends try to escape.

Why has ROTLD Survived for so Long?

On the surface, the film presents itself as the regular surviving the night troupe. Offering fans with the question, “why do we love this film so much”? Is it the over-the-top performances delivered? Perhaps it’s the gore that keeps us chomping at the bit for more. Maybe it can be attributed to Freddy’s morose clique of punk friends? In actuality, it’s more of a trifecta of all of these elements.

First, let us start with a sprinkle a touch of slapstick, harkening back to the grandfathers of horror comedies Abbott and Costello. That’s what you’re getting from Mathews and Karen’s performance precisely. From their interactions with each other to their interactions with side characters. I would assume they had to be advised not to play it straight as we have seen other their performances in Poltergeist and Friday the 13th Part 6.

Next, we should look at the zombies decaying skeletons, adorning tattered burial garb ensuing on a ravenous mission feasting on their victims’ brains to relieve the pain and illustrating an ingenious and unrelenting assault on fearful punks, EMS, and the police. ROTLD gave moviegoers something new that year. These zombies need to stop the feeling of death, craving brains specifically—to ease it.

The personification of zombies is something we hadn’t been subject to before: the robotic, mindless meandering and encumbered predecessors omitted from this world. Defuncting any folklore fans had become accustomed to anticipating at that time.

Finally, when we look at Freddy’s group of friends. A radical-looking group of punks. Suicide, Chuck, Casey, Tina, Spider, Scuz, and the infamous Trash. To have such an eclectic ensemble represented on the big screen was surely not common. They were rocking some pretty extreme hair (wigs), piercings, and outfits. They were rounded out by a shocking performance from Linnea Quigley as Trash catapulting her top of ‘Scream Queen’ infamy!

Debatably a must-see for all ’80s and 90’s babies. Perhaps even an excellent introductory film for causal horror watching it also makes for a reasonable background movie for doing things around the house. ROTLD is a formidable competitor of the age-old question. Does it hold up? While the answer is always subjective to one’s taste. Indeed, the answer has to be yes, right? For zombies fans, myself included it’s a very notable film.

A stellar entry into the ever-expanding catalog of horror. Has been consuming our little horror minds, whether it was like it or not. Thirty-five years, four sequels, and one documentary later. The Return of the Living Dead has fans definitely in a trap. The perfect elements for pure popcorn-munching entertainment can sink your teeth into and feast on some brains!