Working Out with Zombies, Run!

The hardest part of any zombie apocalypse is staying in shape. 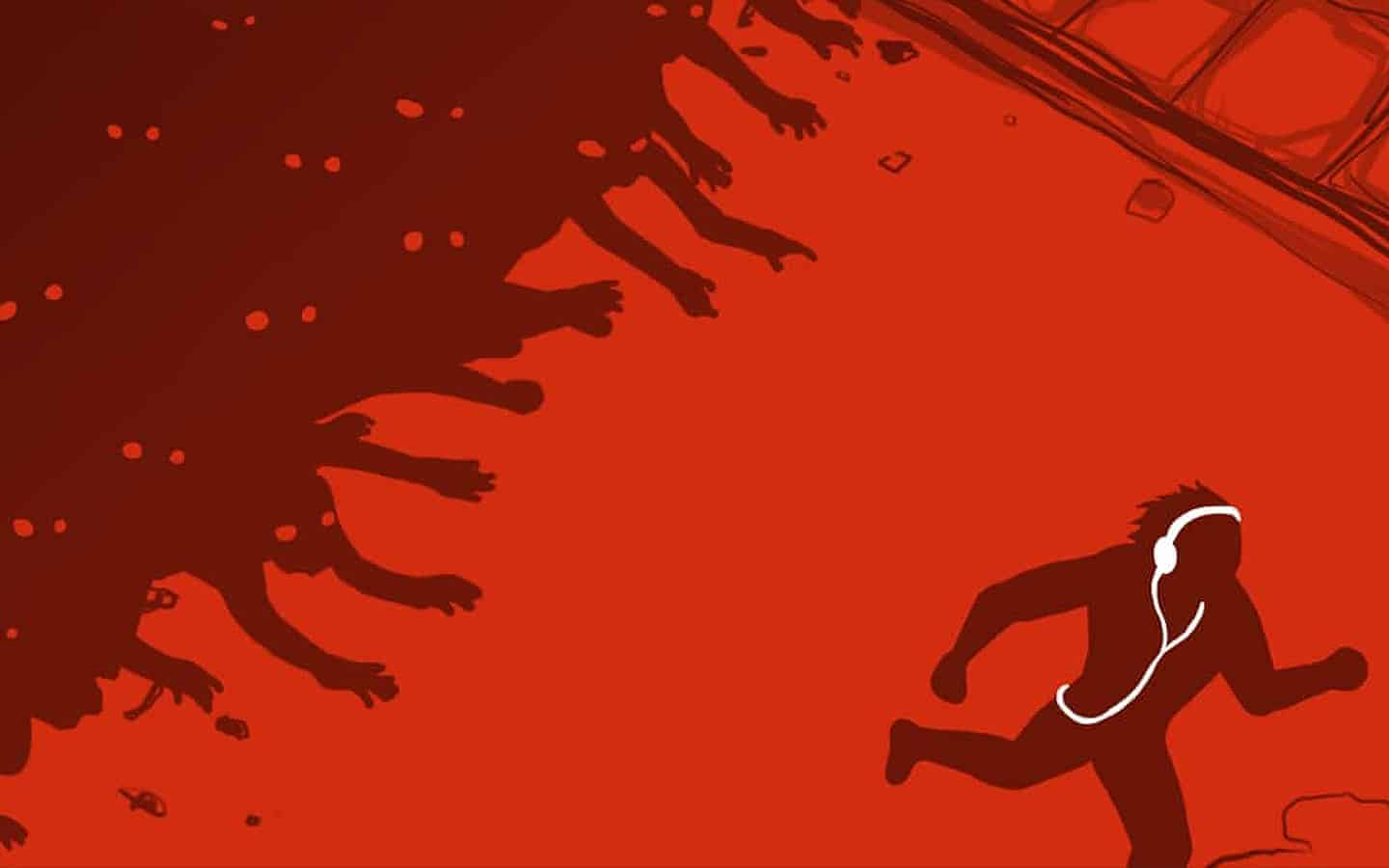 The hardest part of any zombie apocalypse is staying in shape. This is what it’s like to work out with Zombies, Run!

I am normally a very outdoors type of person. I would go hiking, swimming, and the occasional lightsaber duel – no really the park near my house has a lightsaber duel group!

Now at the start of the COVID-19 outbreak parks, beaches and gyms became not safe places. That was when I stumbled upon an app that sparked my interest in my two favorite things. Horror and audio dramas while getting some exercise in my own house. The app was called Zombies, Run!

Zombies, Run! Is a fitness app that I’ve never seen before, it is one part audio drama and one part fitness app. Launched back in 2012 by developers Six to Start. You assume the role of a runner named Runner Five. A member of the Runner Corps. Your job is to collect supplies and carry out missions for one of the last non-infected human settlements called Abel Township. The story mode is broken up into seasons and each season has a bunch of episodes called “missions.

Each mission is a small little episode in the storyline for the season. Once you select a mission the audio drama will begin.  Sometimes you’re looking for supplies other times you are rescuing survivors. Later on, the story gets much deeper. Each mission at predetermined intervals will play more of the storyline of that season. Through a series of radio transmissions, you receive while out on a run.

While you are also out you collect random supplies that you can bring back to your base. You use these supplies for a small base builder game in the app to make Able Township the way you want to construct it against the undead! Overall there is so much to do in this game I did not know what to do at first.

Zombies, Run! Is really not your run of the mill fitness app. I was at first interested at the audio drama aspect of the game. The first couple of missions the storyline was what I expected. You run from zombies and collect supplies and the storyline for each episode is super standalone. Then at the exact point I kinda wanted to give up on the app. The audio drama took a turn. Soon I was running a lot longer. Sometimes I would be on my treadmill for an additional hour just to hear what was happening with the storyline.

What was happening to Able Township and the conspiracy that intertwined this small little fitness app. Because you assume a silent protagonist. Who receives radio messages but never responds to any of them. By the end of the first season, I felt like I was Runner Five and with each mission, I was making sure that my friends in Able Township were not zombie food. Some points of the radio transmissions I would actually respond while running. I started to feel really immersed in this world very quickly.

I think that is kinda the brilliance of the app. Because the more you run and the healthier you get. You are also put in this role where you feel like your part of the story in that way of being the only person in the cast to not speak. Though your actions speak for themselves. The cast of characters in Able Township that speak to you through the radio all have problems and backstories that you don’t really find in other zombie related media.

The closest I could compare would be the book World War Z by Max Brooks in that regard. Your dealing with the problem that is both zombie and human-related. By the end of the first season, you feel for these characters and by the end of Season 2, you’re so invested that you forget that your working out in that respect. Running became less of a chore and more of something that I  started to really enjoy. It also makes sense through the procession of the story. You as Runner Five are getting stronger at the same time you yourself are getting stronger with each run.

The weakest part of the game is actually the base building part of the game. I saw no real reason to even do it. Other then another thing you could do within the app. Because there was no real conflict when it came to building your base. It does not add to the story. I liked getting the different supplies in-game because it felt like it was apart of the story. After a while I just let it stockpile and eventually build up my base. If the more you built it actually affected the story. I would use it more but at this point, I don’t plan on building much. Because I don’t get any real rewards from doing it other than getting an achievement for doing it.

The only real issue I had with Zombies, Run! Was that because I am not connected to the GPS function. The app would sometimes be way off when it came to accurately calculating my walks on the treadmill. Sometimes I would walk for a few miles and the app would only calculate half of that. Though I think if I was able to go outside and be connected through GPS I feel like I would get more of an accurate reading. Although the app does connect to my Apple Watch. So while I am out running I can see how many supplies I got and how much time is left. I thought that was a really cool feature.

Overall would I recommend the app? Yes, I would recommend Zombies, Run. Especially if you are a horror fan. I am not really a fan of zombies at all. Even with that being said I loved what it did with the zombie sub-genre. It’s also an interesting character study about surviving during impossible times. Sounds familiar?

Should you buy Zombies, Run?

The great thing about Zombies, Run! Is that it is 100% free for the most part. You can only play so many missions until you need to wait a day to play the next mission. You also have the option to pay monthly $5.99 or $35.00 for the whole year. Honestly what you get with the membership is totally worth it. You get a new app called The Walk that is another audio adventure that adds more hours of working out. I have tried a few hours of it and I like it so far but because I have so many more seasons of Zombies, Run! I am going to hold off until I can binge run the whole thing.