Alien (1979): The Xenomorph Design Is Littered With Sexual Symbols In Mind

The Xenomorph design is spine-chilling. It is foreign in origin and sexually influenced in nature. 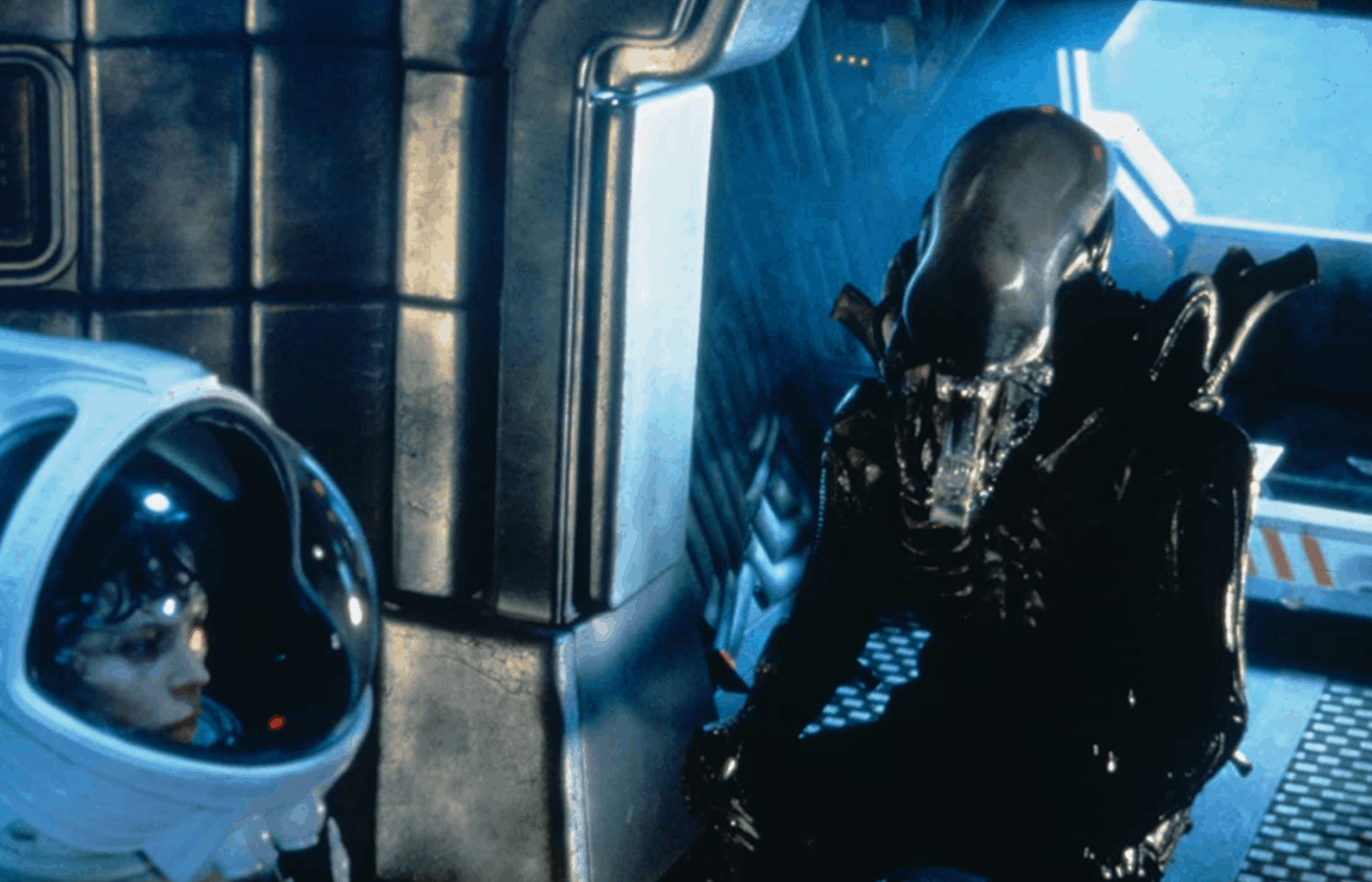 There’s honestly so much to say about this creature with its spine-chilling design, foreign origin, and sexual influences. It’s incredible yet daunting how much thought was put into this monster. Before getting into the heavy-hitting topics, let’s start off with the creature’s name: Xenomorph.

In the entirety of the first film, Alien from 1979, the creature at hand isn’t even given a proper name. It isn’t until the second film, Aliens, when Lieutenant Gorman names them “Xenomorphs.”

“All we know is that there’s still no contact with the colony and that a xenomorph may be involved.”

RELATED: Extreme Cinema: The 40 Most Disturbing Horror Movies Ever Made

What Does Xenomorph Mean?

It’s clear here that the name is used as a general term. This makes sense because the term existed before the creation of this film. If we look at the Greek root words, we have “xeno,” meaning foreign or strange, and “morph,” meaning a shape or form.

Although this term is used more in a general sense than for a specific creature, over the years most people have come to use the name specifically for this alien. I know my mind directly goes to the third phase of this slimy, intimidating predatory beast when the word Xenomorph pops out.

As of 2021, there have been a total of eight films, countless games, comics, and novels. Even though the Xenomorph design may come in different variations the genetic makeup is roughly the same, this is thanks to the creature designer H. R. Giger.

Who Designed the Xenomorph in Alien?

The Swiss surrealist artist H. R. Giger, who is also famously known for the cover artwork of Brain Salad Surgery by progressive rock band Emerson, Lake, and Palmer, is the man behind the nightmare-fuel of this gorgeously horrific beast. In 1977, an art book called Necronomicon was published by Giger, consisting of a concoction of horrid creatures, sexual overtones, and biomechanical art. After the first Alien film, biomechanical art, which depicts mechanical aspects of biological systems through a fusion of the mechanical and the flesh, had gained mainstream popularity.

In the late ’70s, the world would soon change. So, around this time, Ridley Scott got his hands on Giger’s artbook during Alien’s pre-production and the creature design came to be. And just how did Ridley Scott come in contact with the Necronomicon? Well, this is thanks to the writer Dan O’ Bannon. He says,

“The idea that came to me looking at Giger’s paintings was if somebody could get this guy to design a monster movie, you’d have something completely original that no one has seen before.”

And even now in 2021, the Xenomorph is still just as iconic as when it first presented itself in the spaceship Nostromo. Hiding within the shadows, preying on Nostromo’s members with its eyeless figure. Waiting for its chance to pounce.

When the members stumble across this beast you might wonder how this thing always catches them if it can’t even see? Look at Giger’s Necronomicon Four, this is the painting that was used as a base for the Xenomorph’s design. The only difference is the dark bulging lifeless eyes present in the Necronomicon Four. When designing the Xenomorph, Giger decided to remove the eyes because, to him, it made the monster more dangerous. Scarier. More vicious. It runs on pure primal instinct and hunger.

Even after all of this, I haven’t even begun descending into the sexual overtones that this raging monster brings. Most obviously, its sleek, constantly slimy dome head gives the creature a phallic appearance, resembling a phallus or erect penis. And just like the Xenomorph’s dome head, the Chest Burster is another clear example of phallic imagery through this alien.

To continue on about the Chest Burster for a quick second, on my A Quiet Place piece about the parent struggle I mention the three different screams within that film. Well, one of those screams – the wail from birth – is also used in Alien’s Chest Burster scene, only it’s used in a more grueling and more gruesome way. Here, we witness the first kill an hour into the movie involving the Chest Burster.

After the facial attack that acts like oral rape from the Face Hugger, the product resulting from it is repulsing. It sheds its skin which is reminiscent of used condoms. Unfortunately for Brett, played by Harry Dean Stanton, he is the unlucky soul to discover the remains and we get our first look into the beast that is the Xenomorph.

The following is an excerpt from the screenplay:

This is just one of the many ways this beast kills. It stalks you from the dark. It waits patiently. In a room full of shadows, its presence lingers but remains unseen until it’s too late.

Another trait, which is another great idea from H. R. Giger, is the secreting second head. The phallus within a phallus. A more slim, bone-like organism that kills by penetration, its head always secreting a vile slime. Parker, played by Yaphet Kotto, also dies from penetration. The Xenomorph extends its constantly wet mouth as it salivates for its next victim, and Parker is penetrated by its second head without a struggle.

The Xenomorph’s tail then slowly moves towards the backside of Veronica Cartwright’s character, Lambert. It suggestively caresses her legs as it slowly moves through her thigh and a little higher. Her off-screen screams leave our imaginations to interpret her violent end.

In Alien, it takes two hours to witness the Xenomorph patiently stalk its prey. The way it waits within the darkness, its second head itching to penetrate, its secreting slime drenching the floor as it stands by for another victim. In the context of this film, the Xenomorph is a patient predatory beast.

Outside of the film, the Xenomorph has been parodied and thrown into countless entertainment circles. It’s easy to forget the initial fear a film can create. But behind every joke and meme, the Xenomorph still holds a daunting presence after many decades thanks to the great minds of Ridley Scott, H. R. Giger, and Dan O’ Bannon.