For so long Zack Snyder's director’s cut of Justice League was said to be impossible, that it didn’t exist and that even if it did Warner Bros would never pay to complete it. It’s clear now, that this was wrong and it fills me with joy to be able to say that. 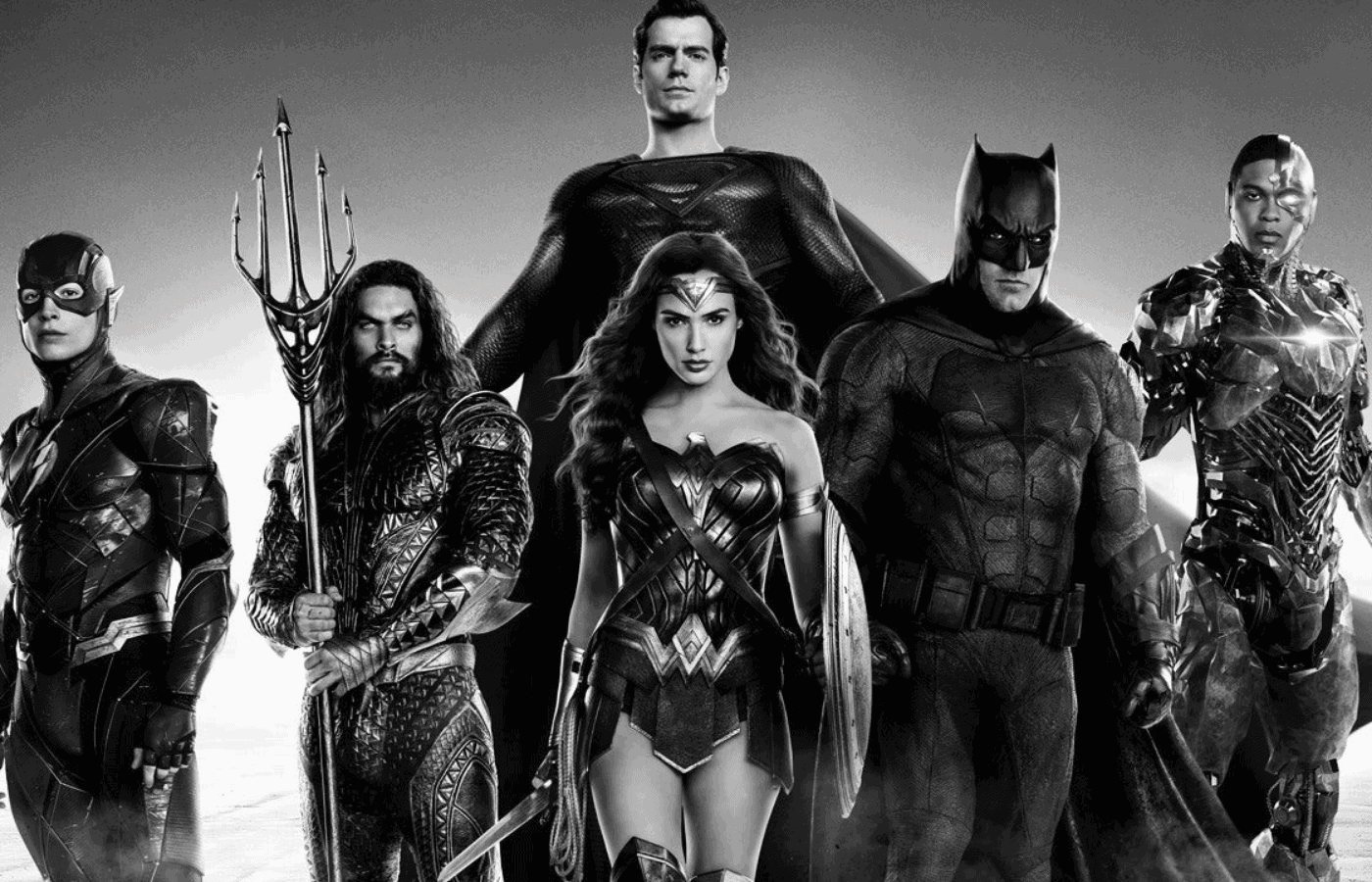 After years of fan demand, does Zack Snyder’s vision of DC’s greatest group of heroes live up to the hype?

As I’m sitting here typing this review, I have to admit that I’m shocked that this is even happening to begin with. For so long, Zack Snyder’s director’s cut of Justice League was said to be impossible, that it didn’t exist and that even if it did, Warner Bros. would never pay to complete it. It’s clear now that this was wrong, and it fills me with joy to be able to type that.

My own personal connection to Snyder’s DC films goes back to 2013 when I saw Man of Steel after one of the worst depressive episodes of my life, and it filled me with hope and joy. Seeing a superhero have autistic-coded traits meant a lot for me as an autistic person.

The Age Of Heroes

In 2016 with Batman v Superman: Dawn of Justice, I was in another depressive episode, and it connected to me once more. As I grew up, I related to the PoC, specifically in some cases Arab, coded elements and subtext to the films. While the theatrical version of Justice League disappointed me, I never let go of my love for those first two films. So it seems almost fitting to me that here I am discussing the authentic version of Justice League, five years later now with my mental state being in a much better place and having truly begun to heal.

I bring this up because that’s what I feel is one of Zack Snyder’s Justice League’s most striking things, its messages on grief, optimism, and unity. While that idea of grieving what you’ve lost is very present, from Lois Lane and Martha Kent’s grief for Clark to Cyborg/Victor Stone’s grief for his parents, every single one of our main characters has lost someone and is grieving over it.

However, Zack Snyder’s Justice League has a different message about it. Rather than stew in it, our characters learn to move forward and be better from it. To be the best versions of themselves rather than let that grief consume them.

See, it’s genuinely apparent that here was that hope and optimism which Zack Snyder and Chris Terrio always teased was coming. From a genuinely reformed Batman, now speaking about faith and doing good to a Superman who has now truly embraced his role as Earth’s protector, this is the climax of the set-up from Man of Steel and Batman v Superman. It also can’t be understated how incredible it is to have Ben Affleck and Henry Cavill back in the roles as they were meant to be after so many years.

Ezra Miller’s Barry Allen injects so much fun into the film being a Barry Allen who truly loves being The Flash. At the same time, Ray Fisher’s Cyborg is finally given the focus he deserves as the film’s true heart with his journey from feeling like he’s a monster to his triumphant statement of not being broken being truly emotional. With additional credit going to Joe Morton’s fantastic and heartbreaking performance as Silas Stone.

Gal Gadot as Wonder Woman is a perfect mentor for the younger characters. Her interactions with Jason Momoa’s Aquaman, being now sincere rather than goofy as in the theatrical cut, are a real stand-out.

It’s also, to me, a big statement on its themes of unity by the fact that unlike other team-up films, including the theatrical cut, the League doesn’t have the usual inter-drama between them. While some might have trepidation at first, it’s quickly replaced with everyone knowing the stakes of what they’re fighting for and building friendships and bonds through this shared experience.

Though where there are great heroes, there are also compelling villains. Ciaran Hinds’ Steppenwolf is finally done justice by being fleshed out beyond being a generic doomsday villain. His desire to return to his home after exile contrasts with how little care his family has for him. That family, of course, being Ray Porter’s Darkseid and Peter Guiness’ Desaad.

Ray Porter as Darkseid truly lives up to the hype, already being as ominous as the MCU’s Thanos with this one film of build-up as he’s genuinely shown to be a force to be reckoned with. While Peter Guinness’s performance as Desaad is an unexpected stand-out, genuinely elevating the villain from his more wimpy comic origins to a genuinely terrifying and monstrous being.

Though while those are the main villains, the side villains stand-out as well. Jared Leto’s Joker is indeed much improved here in all possible ways. Gone is the weird gangster of Suicide Squad, and it is a Joker who would fit right at home in a DC Animated Film. A perfect mix of funny and terrifying scenes with Ben Affleck’s Batman is a true stand-out and makes me really hope they get more together. Jessie Eisenberg’s Lex and Joe Manganiello’s Deathstroke, while having less time than the other villains, are also stand-outs in their one scene, which they share.

As always with Zack Snyder films, however, much praise must be given to the action. The action has much more weight and flows to it now than in the theatrical cut, with the big stand-out being the final fight against Steppenwolf in the last act.

The excellent blend of team-work and giving every character a moment to shine from Batman’s fantastic batmobile scene before taking down the defenses, to Wonder Woman and Aquaman taking on Steppenwolf directly, to the absolute crowd-pleasing scenes of Superman changing the tide and decimating Steppenwolf. Cyborg shutting down the Mother Boxes and the incredible insanity that is Flash reversing time after failing to stop everything in time.

That isn’t to say that the other action scenes aren’t phenomenal, with particular praise for the flashback to explain Darkseid’s first attempted invasion of Earth. Complete with Greek Gods and a Green Lantern, and the League’s first fight with Steppenwolf and his Parademons. Which also gave everyone a stand-out moment or awesome scene, such as Batman fighting Parademons with his fists alone or Wonder Woman keeping Steppenwolf at bay single-handedly.

Zack Snyder’s Justice League also does a fantastic job of melding its fanservice into the film organically from the aforementioned Green Lantern teases and cameos, which according to Zack Snyder himself was going to be even bigger originally, to the reveal of Martian Manhunter in this universe and cameos from characters like Iris West, Commissioner Gordon, Ryan Choi (The 2nd Atom), and Mera. Rather than making the movie feel stuffed, they make the world feel bigger and more expansive while also offering hints and teases for what is to come.

Credit must also be given to Tom Holkenborg’s, formerly known as Junkie XL, a score which does a fantastic job of mixing in new elements and tracks with now-iconic tracks such as Hans Zimmer’s Superman and Wonder Woman themes. With particular praise given to the extremely tight amount of time that Tom Holkenborg had to make this new OST.

In the end, what I would describe Snyder’s Justice League with is balance and light. It balances itself of all its different worlds and elements it’s mixing while also bringing the promised light to the DCEU finally. It’s the true encapsulation of the journey and fights to get it to be made, and as a piece of cathartic media for Zack Snyder, it truly pays off.